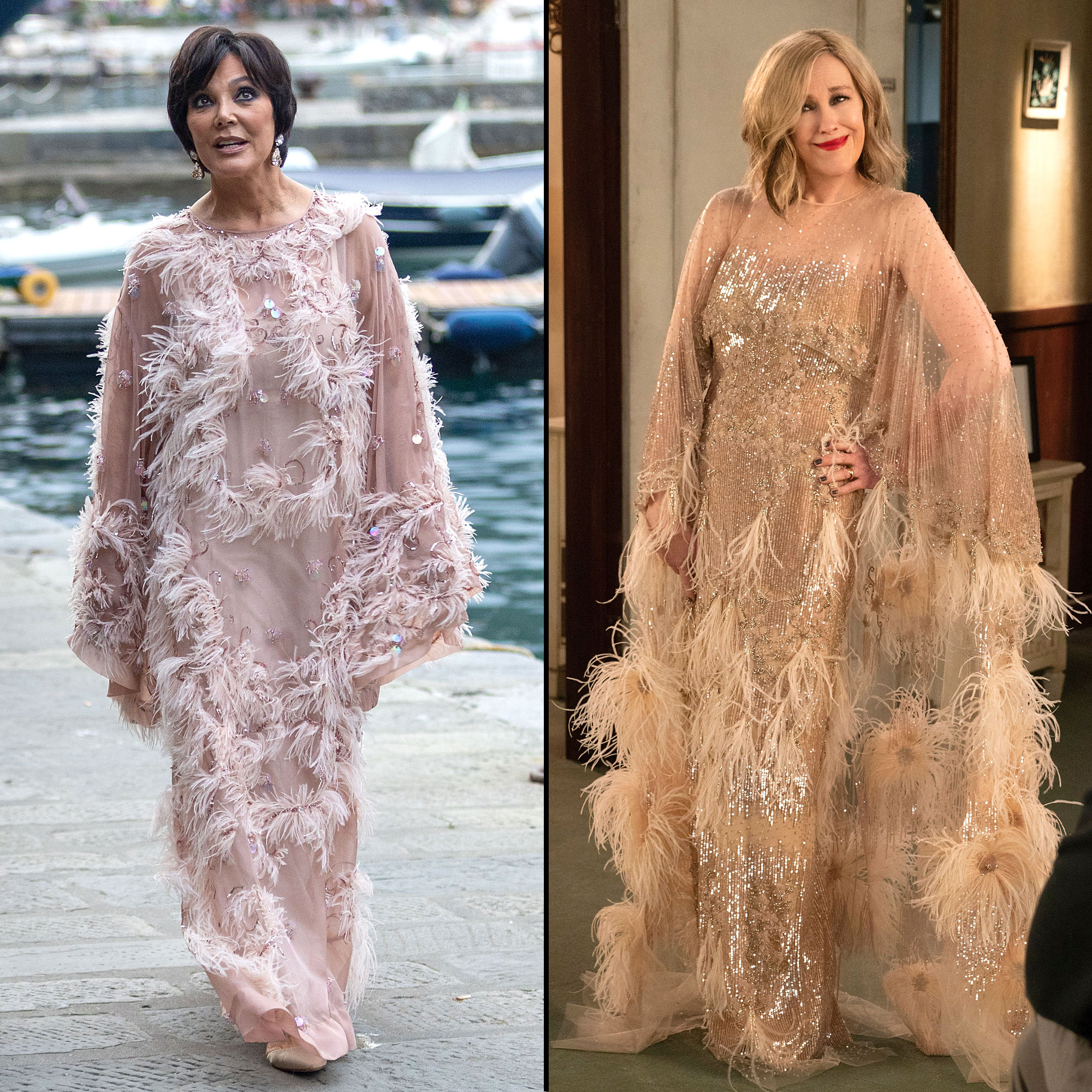 Was Kris Jenner‘s dress for Kourtney Kardashian and Travis Barker‘s wedding inspired by Moira Rose? One fan compared the famous momager’s feathered Dolce & Gabbana gown to a look seen on Schitt’s Creek — and the resemblance is uncanny!

In a now-viral video posted by TikTok user @Skinny.Max, photos of Jenner, 66, from Kardashian’s big day are set side by side images of Catherine O’Hara‘s character in a look she wore to her movie premiere for The Crows Have Eyes III: The Crowning during season 6. Like Jenner’s dress, Moira’s outfit — a design by Pamela Roland — was adorned with ostrich feathers and featured a sheer construction. Both looks were also equipped with a glittering effect.

“They both look fantastic,” the TikToker said of Jenner and Moira’s fashion statement. Fans also took notice of the similarities on Twitter. 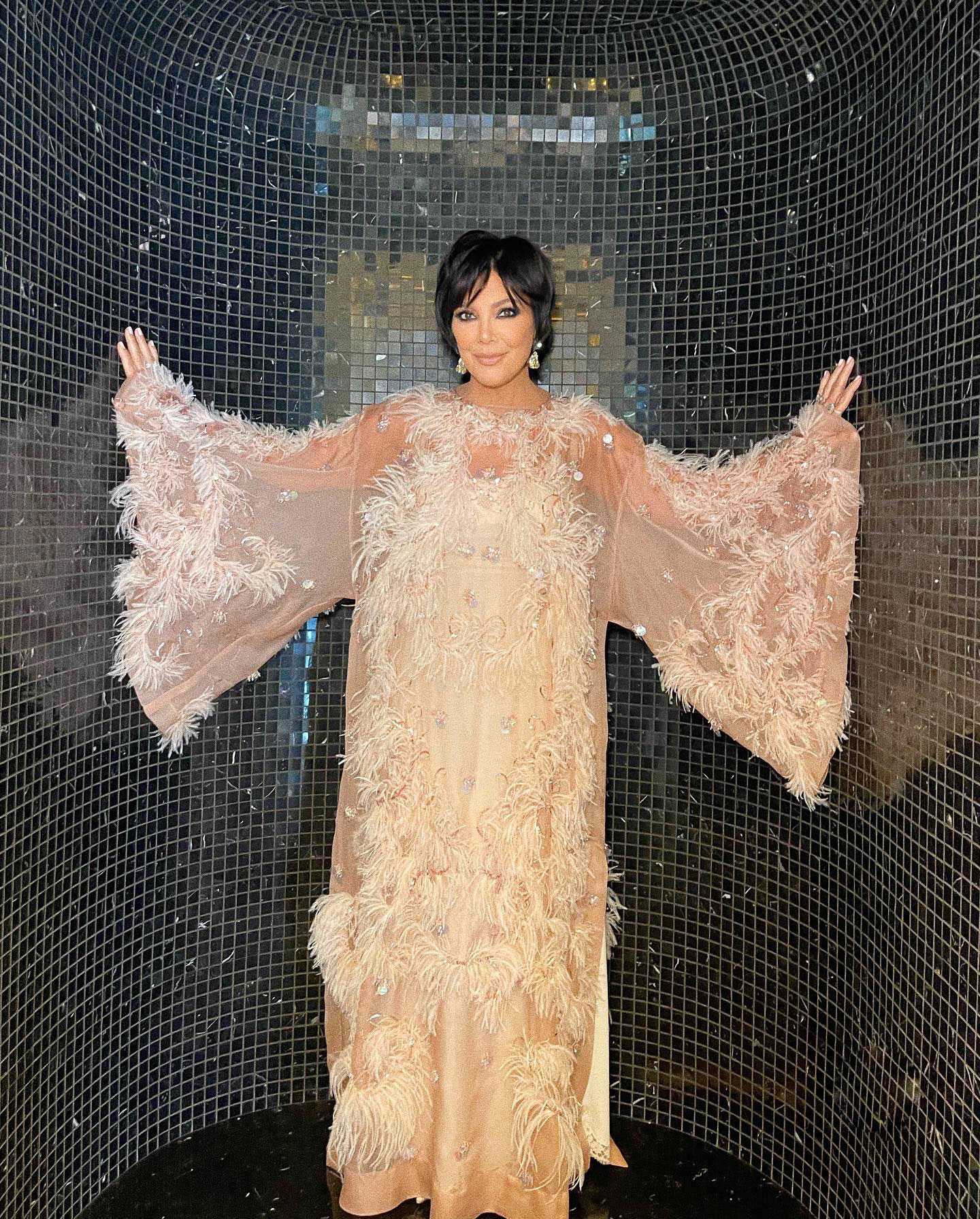 “Love that Kris Jenner served some Moira Rose crows premiere era realness at the #KravisWedding,” one social media user wrote alongside a split of Jenner and Moira.

Jenner wore the stunning gown to walk her eldest daughter down the aisle in Portofino, Italy, on Sunday, May 22. Underneath, the Safely founder opted for lace pants. “Magical night in Portofino celebrating @KourtneyKardash @TravisBarker … Alta Moda dress by @Dolce&Gabbana,” Jenner captioned an Instagram video of her posing in the number.

For the big day, the bride, 43, also wore Dolce & Gabbana, saying “I do” in a custom mini dress that featured a corset construction and was made of satin and lace. According to Vogue, the look was inspired by vintage lingerie. The mini dress was paired with sheer gloves, lace pumps and a veil that featured a large image of the Virgin Mary embroidered in the center — a nod to one of Barker’s skull tattoos.

Speaking about her dress, Kardashian told Vogue: “Designing my dresses with Domenico [Dolce] and Stefano [Gabbana] has been a dream come true in every way.”

Kardashian’s wedding weekend was filled with other Dolce & Gabbana moments from her sisters. Khloé Kardashian stepped out in a leopard print gown from the label for the Poosh founder’s welcome dinner on Friday, May 20, and Kylie Jenner opted for a floral dress by Dolce & Gabbana for a pre-wedding lunch the following day.