Lamar Odom says the story of his life is not about his marriage to Khloe Kardashian, or the drugs that nearly killed him: “It’s really a story of triumph.”

Throughout his life, he has suffered from trauma, death and addiction. And it was his children, including his daughter Destiny, who helped pull him out of his darkest moments.

Odom’s story starts in Queens, New York. His father was addicted to heroin, he said, and he was raised by his mother, Cathy Mercer.

She had the “best smile,” Odom told Juju Chang in an exclusive ABC News interview. “That unconditional love. And I think throughout my life, subconsciously, that’s what I was searching for.”

Odom’s mother left his father and took Odom to live in his grandmother’s house, where they shared the same room. Odom said it was there that the two shared some of his fondest memories.

When he was 12, his mother was diagnosed with colon cancer. She died a few months later.

He started smoking marijuana with friends and took refuge on the court: “Basketball has always been my place of solitude, where I can just forget about everything,” he said. 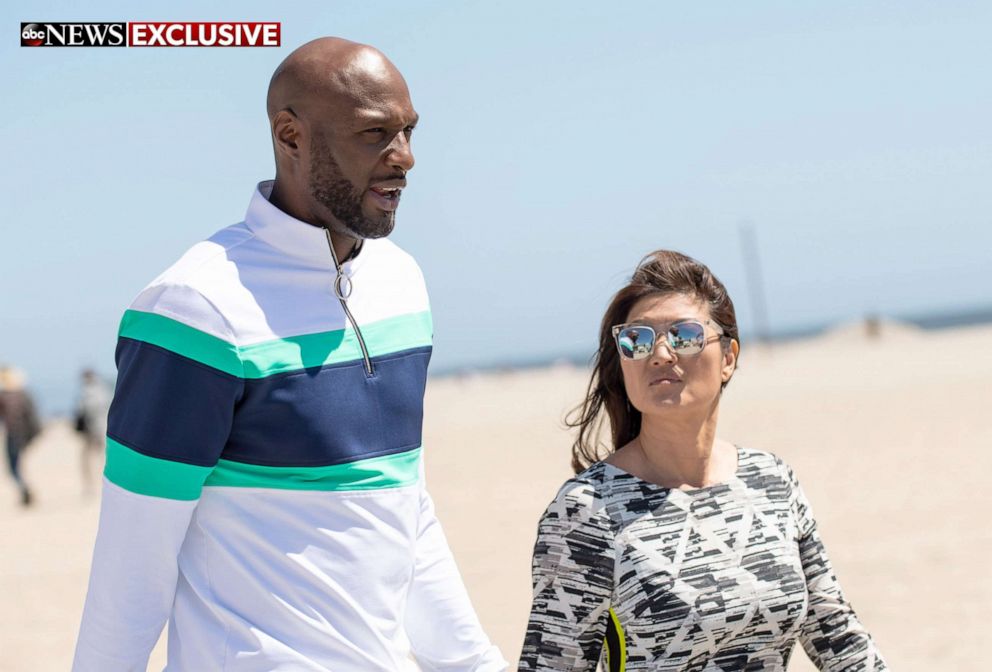 As a junior in high school, he had his first child, Destiny, with his high school sweetheart Liza Morales. In 2002 they had Lamar Jr.

He said after the birth of his two children, he realized it was “time to be a man… being responsible, giving back, being held accountable.”

Odom’s basketball career was taking off at the time. He would soon be offered a six year, $65 million dollar contract with the Miami Heat.

“I felt like I arrived. You know, I just wish I could’ve had that moment with my mother,” Odom said. “On the inside, you’re just a hurt little boy that… somebody just gave a million dollars to. And you don’t know what the hell to do with it.”

His new gig came along with a new lifestyle, and he said he was introduced to cocaine at an exclusive Miami resort called The Shore Club.

After one season in Miami, Odom was traded to the Lakers. Morales became pregnant with their third child, Jayden in 2005. 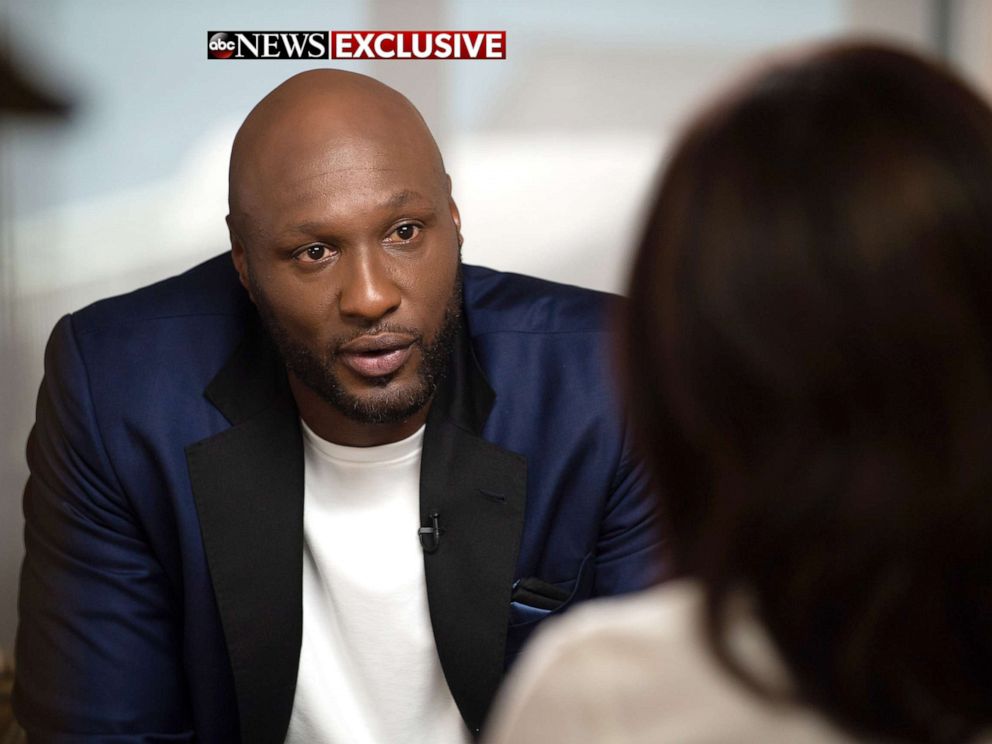 “When he passed, I couldn’t even leave the hospital. I just sat there for about three hours and held him,” Odom said.

He keeps his son’s image close to his heart, immortalized with a tattoo on the basketball star’s chest.

Still reeling from the loss of his son, he soon met the woman who changed his life forever – Khloe Kardashian, who he still fondly refers to as “Khloe-bear.”

“She has the same eyes as my mother. So when I first met her I was kinda, like, put in a trance by that,” Odom said. “But I didn’t even really know who she was. I could give a hell about the Kardashians.”

They got engaged within one month of dating. Nine days later, they were married, and more than three million people tuned in to watch their wedding on “Keeping up with the Kardashians.”

Odom wasn’t faithful to Khloe, paying strippers for sex, he said. His drug use also became rampant, he said.

He recalled one instance where he had taken ecstasy and coke in his home. While he was paranoid, he destroyed walls in his home trying to find the people he believed were after him. He said he threatened Khloe, saying “I’ll expletive kill you. You don’t know what I’m capable of.” 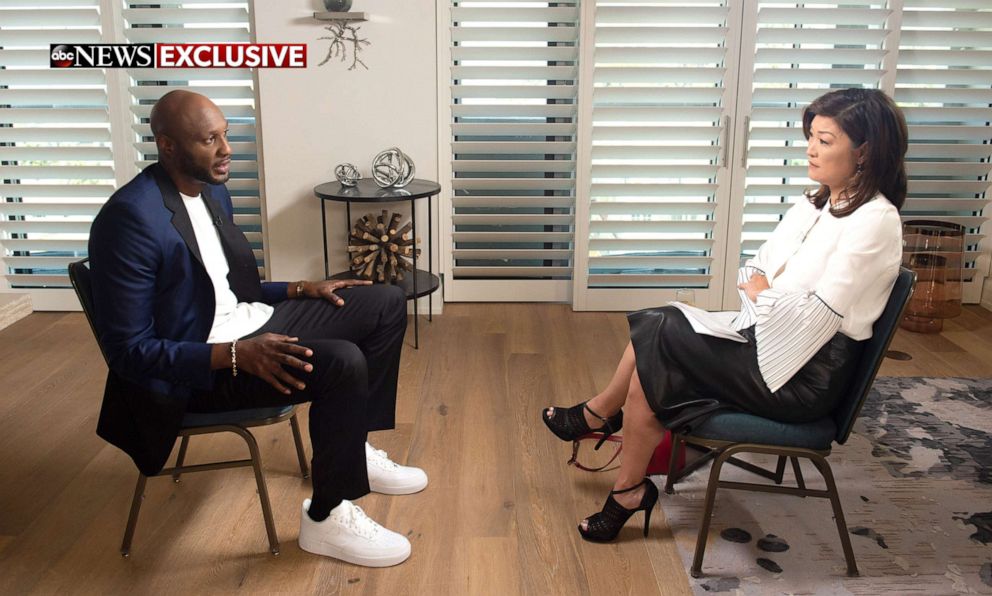 “I’m thinkin’ about it now, like, I couldn’t believe how I was treatin’ that queen like that.” He said he owed “her and her family an apology. Big time.”

Khloe filed for divorce after six years of marriage.

In October 2015, heartbroken and under mounting stress while trying to revive his NBA career, he spent a weekend at The Love Ranch, a brothel near Las Vegas.

On the fourth day, he was found unconscious in his room. He said he doesn’t have any memory of taking drugs, saying “somebody may have just slipped me something.”

He was rushed to Sunrise Hospital in Las Vegas unconscious. While he was hospitalized, he had twelve seizures and six strokes. His lungs collapsed, his kidneys ruptured and his heart stopped twice.

Morales and their two children arrived at the hospital, prepared to say goodbye.

“We found out from TMZ, actually,” Destiny Odom told Chang in an exclusive ABC News interview. “A family friend called us and was like, ‘Are you okay? Like, heard Lamar’s on life support.’ And we’re like, ‘What?’”

She said it was “traumatic” to see him in that hospital room.

“[I] thought it was gonna be my last moments with him. I couldn’t believe it. Was just in a state of shock,” she said. “I just told him that I need him to be here, to be present with me. And just to fight.”

When he woke, he was “pulling tubes outta my throat,” he said. He had to relearn basic motor skills and how to walk again.

Destiny said it was “amazing” watching her dad fight back. “[It was] scary at first, because he couldn’t walk or talk, like he said. So we were concerned, but at least he was still alive. Was still fighting. That’s all that matters.”

Odom said that, after all that, it was his daughter who made him come to the decision to go to rehab.

“I basically told him, if he didn’t go to rehab I wouldn’t talk to him anymore,” she said. “That was tough, for the both of us.”

Her father said it was a “life changing moment for the both of” them: “It was much needed, and I’m glad it happened. I’m glad she pulled up the courage to tell her old man that.”

“It’s crazy, because it’s, like, the opposite of the life cycle, right? Like, your kid teaching you,” he added.

Odom says he still smokes marijuana and drinks, and still visits strip clubs. He said his plan for the future is “play basketball and be healthy.”

Destiny said she’s forgiven him: “Yeah. You have to, in order to move on — just for yourself, you have to forgive.”

“I would say every day is a step at a time. And just keep fighting, like he did in the hospital,” his daughter said. “Every day is a new struggle. New chapter.”