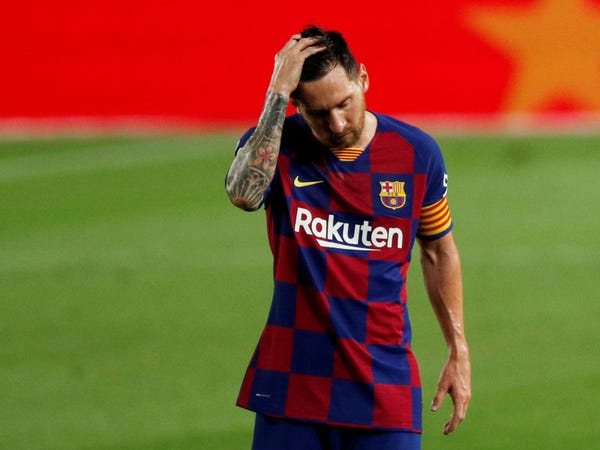 It's official: Lionel Messi will remain with Barcelona for the coming season.

Messi shocked the world a few weeks ago when he announced his intention to leave his lifelong club after a disastrous exit from Champions League play. Speculation swirled that Manchester City could be his eventual landing spot.

But in an interview with Goal.com, Messi said on Friday that he would remain with Barcelona to play out the final year of his contract.

Messi's exit wasn't stopped because of a change of heart, but rather a contract technicality. Messi had a release clause in his contract that would allow him to leave the club for free, but that clause expired on June 10. Normally, the season would be over by June 10, but at that time this summer, Barcelona was still competing due to delays in the season caused by the COVID-19 pandemic.

"I thought and was sure that I was free to leave — the president always said that at the end of the season I could decide if I stayed or not," Messi said, per Goal.com.

But instead, he added, Barcelona club president Josep Maria Bartomeu went back on his word that Messi would be in control of his own future.

"Now they cling to the fact that I did not say it before June 10, when it turns out that on June 10 we were competing for La Liga in the middle of this awful coronavirus and this disease altered all the season," Messi told Goal.com. "And this is the reason why I am going to continue in the club. Now I am going to continue in the club because the president told me that the only way to leave was to pay the €700 million [£624m/$823m] clause, and that this is impossible."

So although Messi will play out the next season at Camp Nou — at least to start — the tense relationship with club management likely means his exit has likely only been delayed.