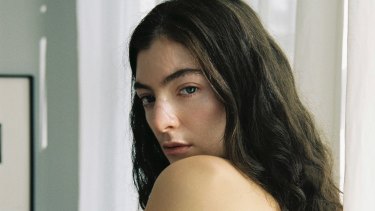 New Zealand pop phenomenon Lorde has returned with her third studio album: a sharp detour from her signature maximalist style. The 24-year-old singer has dubbed this her “great weed album”, an apt way to describe the softly jangling riffs, sun-kissed melodies and earthy lyrics that cascade over all 12 songs. On opener The Path, Lorde tells us a familiar story about a “teen millionaire having nightmares from the camera flash”.

But she insists she has found solace in nature, even if it is in California. This sets the scene for the rest of the record, which is underscored by ennui (as on Stoned at the Nail Salon), hedonism (Dominoes) and the anxiety of reaching one’s mid-20s in the public eye, as on Secrets from a Girl (Who’s Seen it All).

Lorde feels equally free and imprisoned by a life of fame, parties and models, which she bemoans on California. But her search for the key to happiness – through nature, drugs and crystals (as on Moon Ring) – remains unsolved. Despite this, she remains a hypnotic storyteller, riding life’s psychedelic wave (Fallen Fruits), offering dark, diaristic beach-rock confessions (The Man with the Axe) and heart-swelling euphoria (Oceanic Feeling) along the way. KISH LAL

We’ll file the delay in reaching this one under “better late than never” because the music is exceptional. In fact, saxophonist David Liebman seems to be constantly reaching new artistic peaks these days. When I encountered him live in the 1970s, I remember his suggesting that he was part of some putative “B division” in New York’s jazz scene. Were there ever a skerrick of truth to that statement, there certainly isn’t now.

His playing on 2019’s On the Corner Live! was hair-curling, and again in this collaboration, whether he’s playing tenor or soprano, every solo bristles with such colour, light and evocation that the effect is like standing close enough to see every brushstroke on an Impressionist masterwork. Quint5t also has trumpeter Randy Brecker (the brilliant Ralph Alessi substituting on two tracks), pianist Marc Copland (playing with consistently rigorous logic), bassist Drew Gress and drummer Joey Baron, and together they give the classic bop quintet format a coat of paint so fresh you can almost smell it. Baron and Gress are as supple as a sapling in a strong wind, and Copland, meanwhile, has simultaneously released a fine solo album, John, on the same label. JOHN SHAND

From the opening notes, a palpable bleakness descends. Manic back-and-forth scurrying becomes emotional paralysis and ultimately retreats into crushing despair. Jose Mauro, then a 21-year old music student, recorded this album in 1970 at the peak of Brazil’s military dictatorship. He later wrote that he was more interested in nature and beauty than in politics at that time, and yet he created a work that captures the era’s intense fear and anxiety. Brimming with dramatic orchestrations, it lures you in with familiar strains of samba and Brazilian pop on tracks such as A Oitava Morada, only to trap you in its torment.

Other pieces draw on the Afro-Brazilian Candomble tradition, such as Rua Dois, reminiscent of the children’s clapping songs I’ve heard in southern Africa, but here with a menacing dimension: sublime yet joyless. This album was initially released in an incomplete version, and for years Mauro was rumoured to be dead – either killed in a motorcycle accident or “disappeared” by the military junta. In fact, he had retired due to health issues and was living a quiet life on the outskirts of Rio. After 51 years, the complete release of this impassioned, disturbing masterpiece is a significant event. EUGENE ULMAN

The answer may well be that he’s almost done it on this album, a gently absurdist collection of songs on the band’s biggest scale yet. The First Day launches us into an optimistic brass and glockenspiel-riddled pop-ish…ballad? Anthem? It’s sort of both, by turns. Song in Seven is a woozy study in disorientation, but the centrepiece of the album swoops in soon after, in the form of the affably named So Simpatico.

The seven-minute epic comfortably fills every second with sunshiny pop vocal hooks, a sentimental arpeggiated accompaniment and, finally, a luxurious sax solo. Whip-smart Circles in the Firing Line mouths off at the state of the world in wonderfully verbose fashion (“A united state of demagogic logic”) before Deep in My Heart closes the show with an eclectic waltz. While it occasionally loses its footing in the throes of musical abandon, the sheer immensity of some of these moments are testament to O’Brien’s growth as an artist. JESSIE CUNNIFFE