Is THIS the most sensible Lottery winner ever? Father-of-one who scooped £1million aged 22 reveals he wears clothes from Primark, shops at Asda and ‘splashes out’ each month on a Toby Carvery

A lottery winner who scooped £1million on a scratch card at the age of 22 has revealed he continues to shop at Asda and buys his clothes from Primark.

Roofer Jamie Heavens, 26, from Bournemouth, splashed out on a new car and a wedding to childhood sweetheart Danielle with the eight-figure sum, but otherwise focused on spending the money sensibly on long-term investments.

The couple, who have since welcomed a son, Hughie, four, bought ‘a couple of properties’ and put money towards starting Jamie’s own business.

Speaking to The Sun, he explained: ‘Sure, things aren’t tight but we are sensible people…For us it is hugely important Hughie knows the value of money.’ 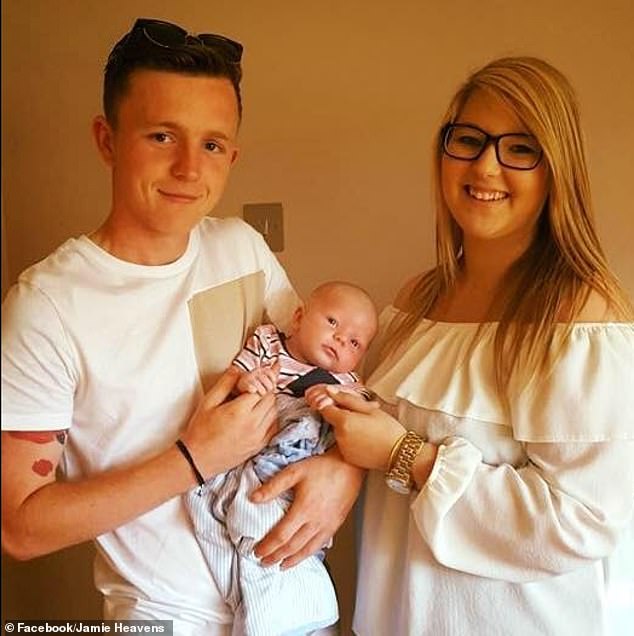 Jamie Heavens, 26, from Bournemouth, won £1 million on the lottery four years ago, insists he is still ‘money conscious’ (pictured, with his wife Danielle and son)

Jamie was on his way to work on a building site when he discovered he had won £1million on the scratch card he had bought at a local garage.

At first, Jamie couldn’t believe that he’d won and he was unable to phone the National Lottery to confirm because the phonelines were yet to open.

Instead, he decided to go into work, and ended up phoning the helpline when he was on top of a roof and had signal.

Even when it was confirmed, he said that he was in disbelief over his winnings until the money landed in his account. 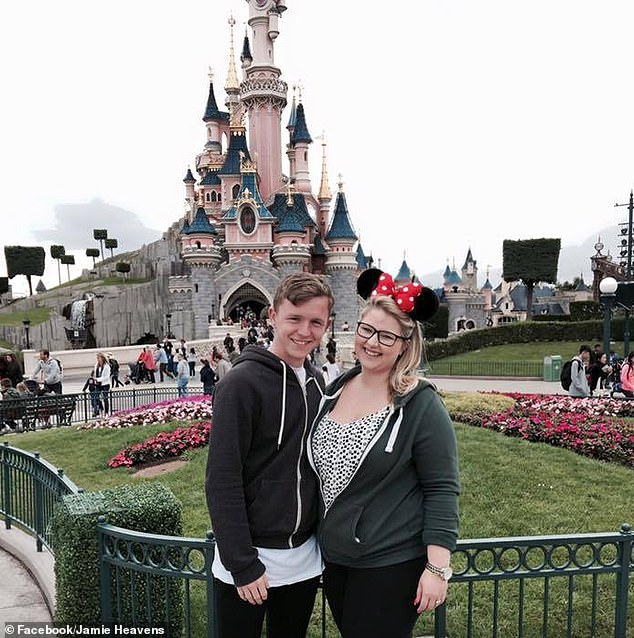 Jamie, pictured with his childhood sweetheart Danielle before his lottery win, said he and Danielle are very careful with their money, and he cringes at the thought of splashing out

The couple did decide to buy a car each, a Mercedes GLA for him and a BMW X3 for Danielle, and splashed out £25,000 on a big wedding, but they have remained sensible with their spending and continue to work.

Danielle is a receptionist at a garage while Jamie set up his own company, a roadside recovery service.

Jamie said: ‘Danielle still buys me jogging bottoms from Primark…There’s no point in her getting me really smart ones, they would just get wrecked.’

He explained he ‘cringes’ at the thought of buying designer clothes with the cash. 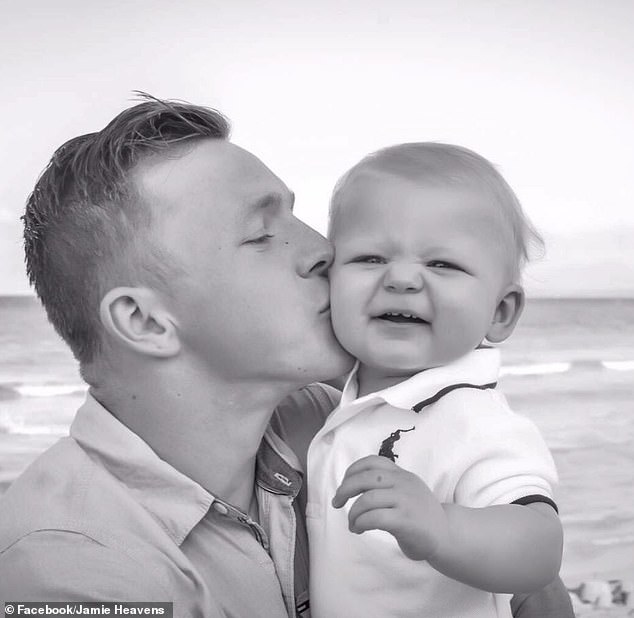 The pair, who are key workers and haven’t stopped during lockdown, are determined to teach their son Hughie, four, the value of money

Meanwhile the couple also do their weekly shop at local supermarkets Asda and Tesco, with Jamie saying they are ‘not mad’.

The biggest expense for the millionaire pair, who do their food shop in Asda and Tesco, is their Toby Carvery treat once a month.

The pair, who are key workers and haven’t stopped during lockdown, are determined to teach their son Hughie, four, the value of money.

Jamie added: ‘I want him to see his parents working…People have said I might be the most sensible Lottery winner there is, and I think they might be right.’ 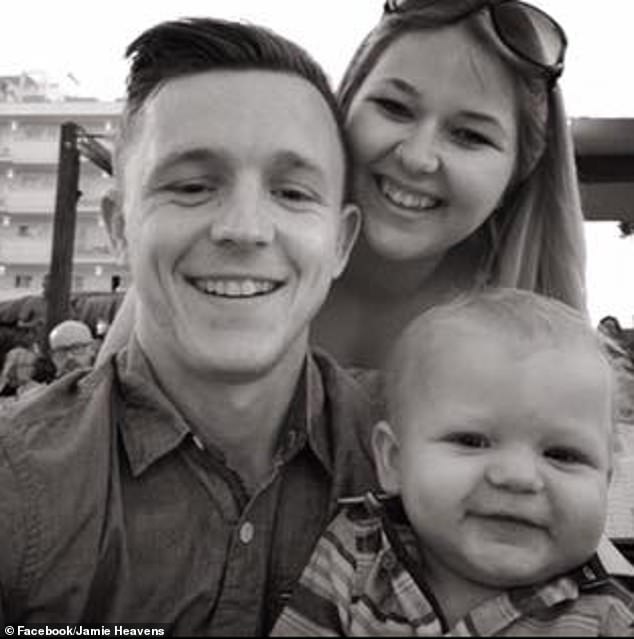 The father-of-one started a business after his win and has a ‘normal day-to-day life’, while his wife Danielle also works two days a week (pictured together)

The ‘money conscious’ father-of-one told the BBC last year how he still ‘grafts hard’ and pays himself a ‘normal wage’ and that Danielle still works two days a week.

His friends even still buy him drinks at the pub.

He said: ‘People think I’m minted – that I’m cash rich and can just go and buy what I want every day. But it’s not like that. 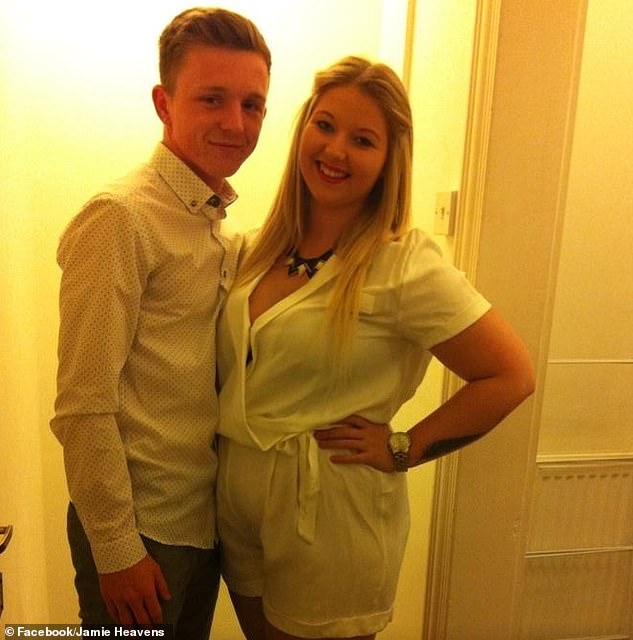 Jamie said he was in disbelief when he realised he had won £1 million on the scratch card, but insists he is still ‘money conscious’

But he insisted the money hasn’t changed his attitude towards spending.

‘Money makes you more comfortable but it shouldn’t change the way you live your life,’ he said.

Jamie also ‘helped’ friends and family with the money but said they still treat him as they did before.

He added: ‘I think people respect the fact that, yes I’ve come into a lot of money – but the guy’s still grafting hard.’