A shooting during dueling rallies in Colorado on Saturday has left one man dead and another man, identified as a private security guard, in custody, police said.

Authorities were already at the scene of the “Patriot Rally” and “BLM-Antifa Soup Drive” in downtown Denver when they said a verbal altercation in a nearby courtyard led to a gun being fired around 3:30 p.m.

Photos taken by a Denver Post photographer showed a man, who was reportedly supporting the “Patriot Rally,” appearing to punch and mace a man who was armed with a gun. Seconds later, the man with the mace was fatally shot. 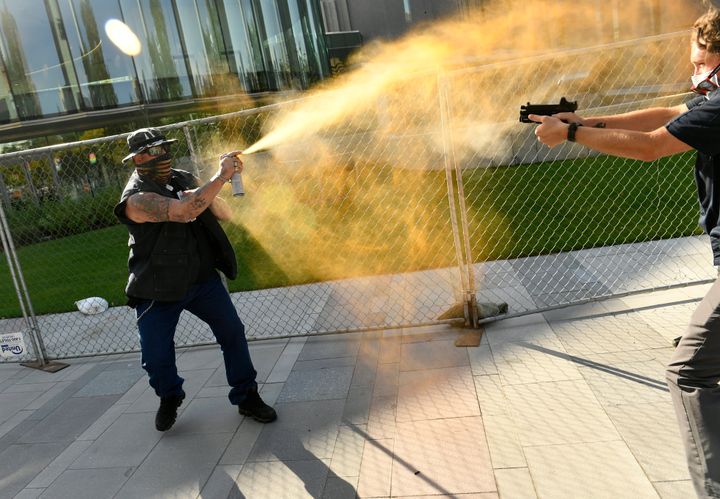 The gunman has been identified by local news station 9News as a security guard the station had contracted to provide security to its staff during such events.

“It has been the practice of 9News for a number of months to hire private security to protect staff at protests,” the station reported.

Authorities said the suspect has no affiliation with far-left anti-fascist activists known as antifa.

Two guns, as well as a can of mace, were recovered at the scene. A second man who was initially detained nearby was later determined to not be involved in the shooting, police said. 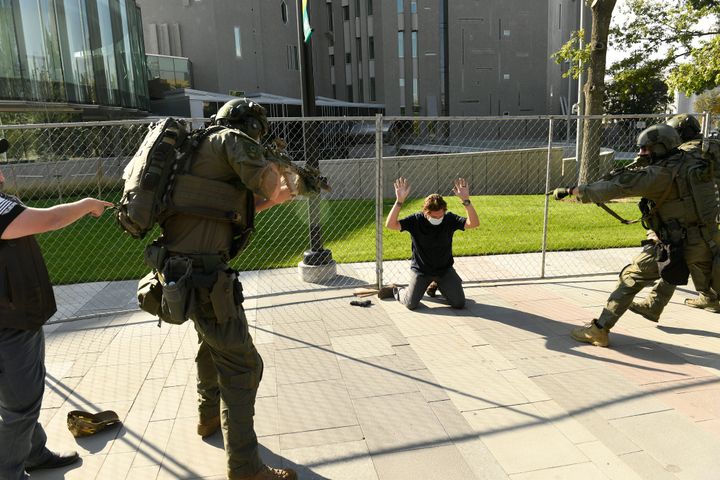 No charges have been announced in the incident as of Sunday morning. Denver Police Investigations Division Chief Joe Montoya, at a press conference on Saturday, said it will be up to the district attorney to determine whether the use of deadly force was warranted in this case.

The incident came amid ongoing protests and demonstrations across the country amid racial unrest and the upcoming presidential election. In Wisconsin on Saturday, 28 people were arrested during a third-straight night of protests and vandalism after prosecutors declined to file charges against a Milwaukee police officer who fatally shot a Black teen.

“There was a large presence because we had two groups with opposing views and we know that that can always get very tense and there’s always a potential for violence, we understand that,” he said.