Michael Che is not leaving “Saturday Night Live” segment “Weekend Update” after all, despite a report claiming he was exiting the series.

“I’m not leaving ‘SNL,’” Che wrote on Instagram, sharing a screenshot of an article detailing his supposed departure. “I said it at a comedy show, and some dork transcribed it & wrote an article.”

The comic also noted that other headline-making punchlines from his routine, including about his sex life, were “just jokes as well.”

Che had raised eyebrows during a Minneapolis set at a salon when he quipped, “This is my last year.”

“You know my tie is a clip-on, right? What man wears a clip-on tie to work for eight years — that’s embarrassing,” he joked.

While fans wondered if that meant he would just leave the segment or the show, it’s now clear he meant neither.

Che, 38, originally joined the NBC sketch comedy series in 2013 and replaced castmate Cecily Strong as co-anchor of “Weekend Update” in 2014. He made “SNL” history when he became the first black co-head writer in 2017 when he and and co-anchor Colin Jost were promoted to lead the show’s writing team, according to Vice. 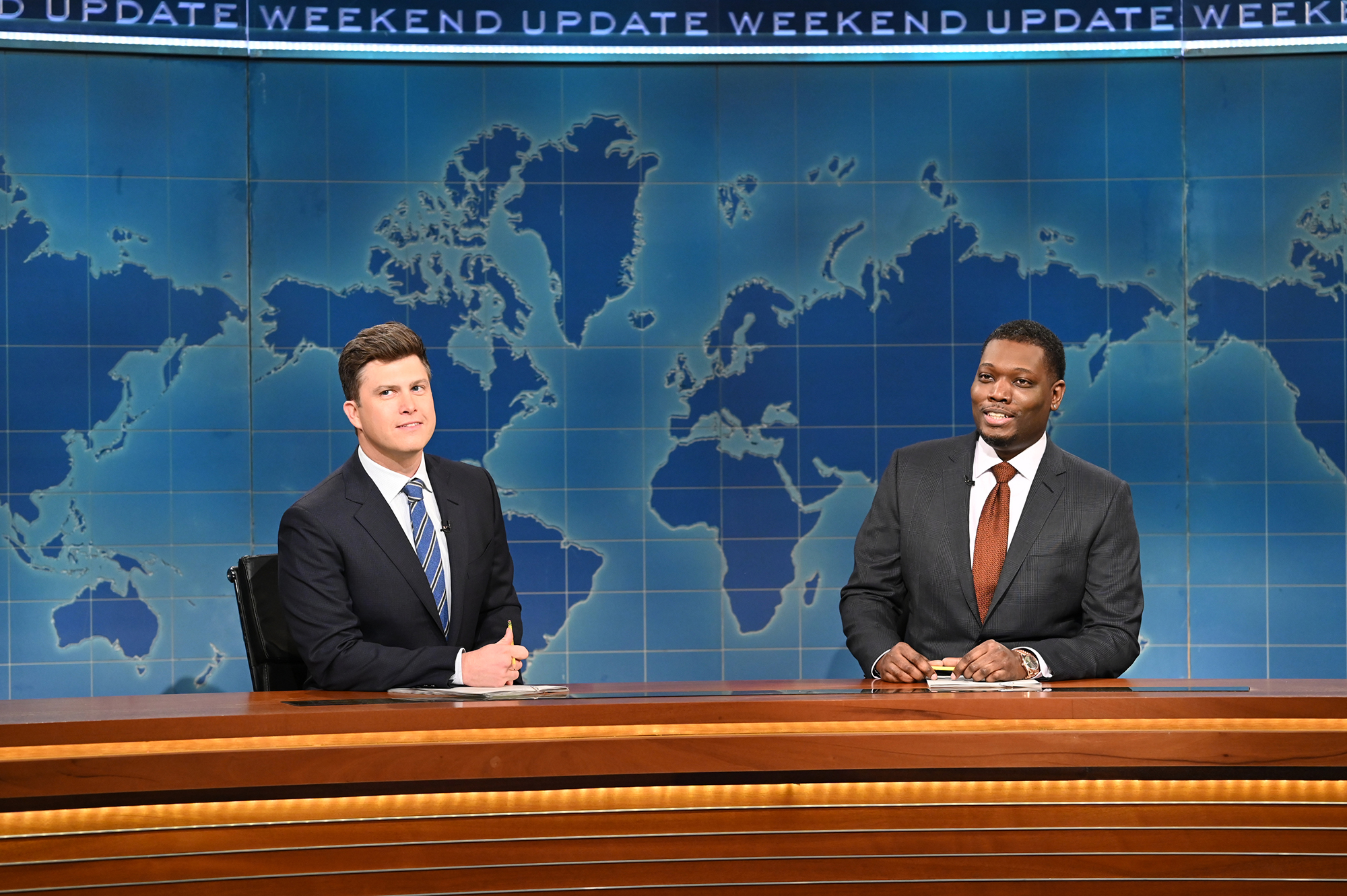 “I’ve been talking to Che about it in general,” Jost told Howard Stern in July 2020. “I’m not sure. The COVID stuff has really affected how I feel about it because, you know, being away from people who make you laugh at work in that way for this long, really makes you appreciative of not only the job, but of the routine of being at work.”