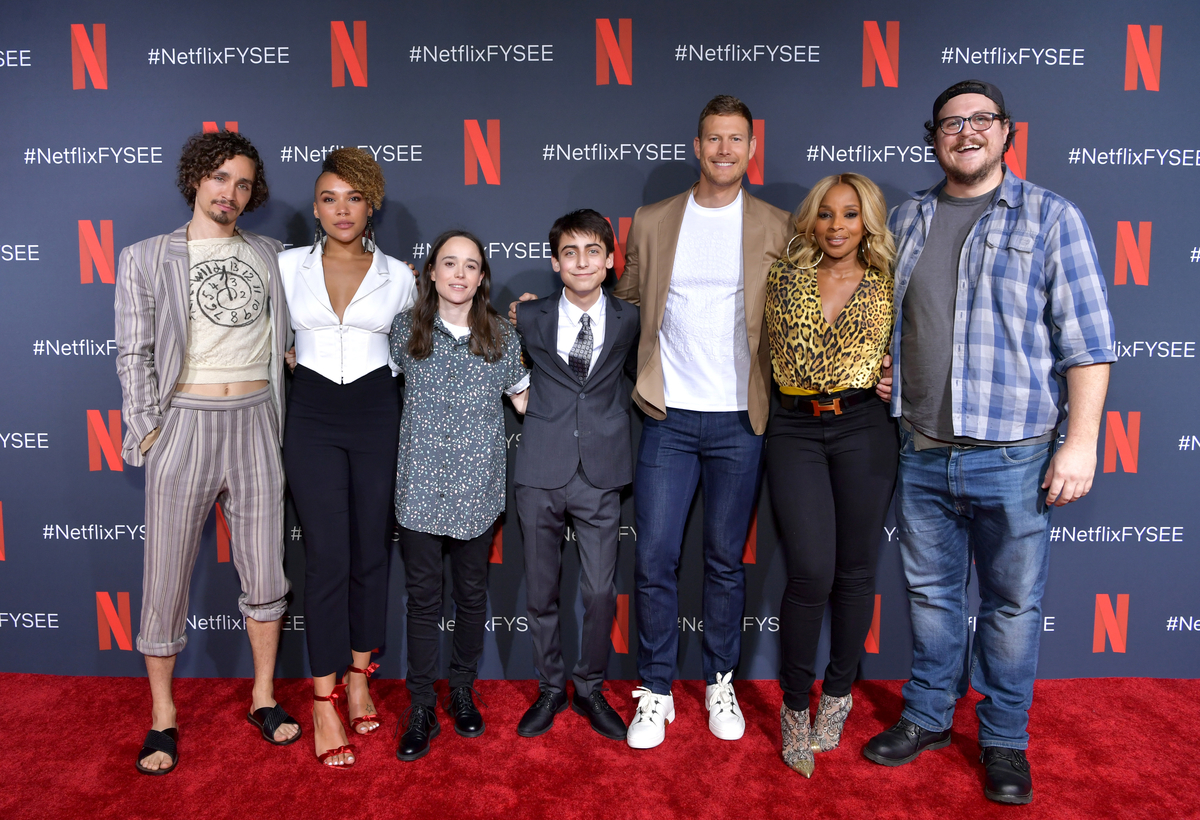 How many of the 43 children has ‘The Umbrella Academy’ revealed so far?

The Netflix series focuses on the titular Umbrella Academy characters. In season 1, the seven Hargeeves children are the only ones fans knew.

When Vanya and Sissy argue, Harlan Cooper (Justin Paul Kelly) flees to a lake, where he drowns. Vanya performs CPR but, in the process, gives him some of her powers. While some fans wonder if they should consider him among the 43 babies, he is not officially counted.

However, after The Umbrella Academy characters caused yet another apocalypse in season 2, the Umbrella Academy heroes found themselves in an alternate timeline. Instead of taking in Vanya, Luthor, Diego, Allison, Number Five, and Klaus, he took in six other of the 43 children born on the 12th hour of the first day of October.

One of the biggest twists in The Umbrella Academy Season 3 involves the Sparrow Academy. While Sir Reginald still adopted Ben Hargreeves, he chose six other children to adopt.

Since Ben Hargeeves stands as part of both the Umbrella Academy and the Sparrow Academy, the total kids of the 43 children that Sir Reginald adopted is 13. Including Lila Pitts, fans have seen 14 of the 43 kids born on the first of October.

However, The Umbrella Academy comics identified a few more children that may or may not appear in the Netflix show.

In the third volume, The Umbrella Academy: Hotel Oblivion, the Sparrows go mostly unnamed. However, one member, Carla, uses her powers to heal Vanya, aka White Violin, at one point.

The Sparrows display several abilities, such as super strength and transforming into a murder of crows. However, Netflix has not announced if the new Umbrella Academy cast members have their powers taken straight from the page yet.

While Season 3 continues the story begun by Gerard Way and Gabriel Bá, it does not seem to follow Hotel Oblivion very closely.

The comics and show have revealed very little about the rest of the 43 children. However, as the Netflix series takes off in a new direction, fans could always see more revealed.