He also calls the infamous owl theory — which posited his wife died after an animal attack — "very conceivable."

Michael Peterson says he hasn’t watched HBO Max’s miniseries “The Staircase,” but he sure has a lot of thoughts about it and how he and his family were portrayed.

Peterson was convicted of murdering his wife Kathleen in 2003 after she was found dead at the bottom of the stairs in their home. After eight years in prison, he was released pending a new trial after it was ruled a witness for the prosecution gave “deliberately false” testimony on the stand. In 2017, Peterson pleaded guilty to manslaughter via an Alford plea, sentenced to time served and released. 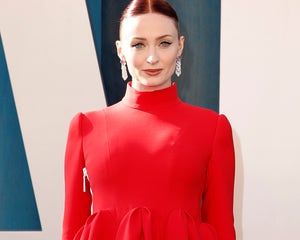 Sophie Turner Used Coping Mechanisms to Deal with Game of Thrones, Expects 'Trauma Down the Road'

“I was there when she died, and I do not want to see two other depictions of her death that I’ve been told are violent and graphic. I just don’t want to see that,” he told the outlet. “Apparently, there’s this one scene, when Kathleen dies — oh, I kill her supposedly — because she had seen the pornography on my laptop. Wrong, wrong, wrong! We never fought. There was nothing to fight about. I would be sickened to see the fictional Kathleen fighting and screaming.”

“That completely fabricated episode with me killing Kathleen is grossly homophobic when she finds pornography on my computer late at night, though the prosecution expert testified that the computer was not accessed after 4 p.m.,” he continued. “Creating a false and fictional sexual reason for me to kill her is disgustingly homophobic as well as wrong, as proven in court. How could [showrunner Antonio Campos] create a scene that was completely disproved in trial testimony? That shows his total disregard for truth, and his denigration of my bisexuality. He invented a reason for killing Kathleen based on my bisexuality. That also maligns Kathleen, who was a kind and understanding person.”

As for the so-called “owl theory,” however, Peterson said it was “very conceivable.”

The author also took issue with Firth playing him.

“It could be worse, I suppose. He’s not my favorite actor. Get Brad Pitt! But to be fair, I haven’t seen his portrayal, but I heard he got [my] voice right and [my] mannerisms. But he didn’t capture my energy or my humor,” he said. “To me, Colin’s a great actor but I can’t think of any roles that weren’t dull as dirt that he’s ever played and that’s fine. I’m not denigrating him.”

He added that the actor never reached out to him about the project — and said he would have considered speaking with him if he had.

Peterson went on to criticize how the show turned Kathleen into, as he put it, “a screaming shrew,” saying she and his children “are victims” to the showrunner’s “grossly fictitious story.”

HBO Max defended the series by reiterating that it’s a “fictionalized series based on true events,” something that is highlighted in a disclaimer with each episode. The streamer said the two showrunners also “relied on extensive source material, including first-hand accounts of the people involved in the events that took place” for the show.

“The Stairscase” is streaming in full on HBO Max. Read the full interview with Peterson here.