Former first lady Michelle Obama has a message for students who are the first in their family to attend college.

“It’s going to be okay as long as you don’t quit,” Obama told students Wednesday at her annual #BeatingtheOdds Summit for first-generation college students. “There are lesser people than you who have gone further.”

Obama described being at “probably every powerful table there is to be at.”

“Let me tell you,” she told the students, “they’re not smarter than you. I’ve met these people.”

College-age students ages 18 to 25 have the highest prevalence of mental illness, according to the National Institute of Mental Health. Everything from anxiety to depression is sending college students to seek help for their mental health in record numbers, data shows. 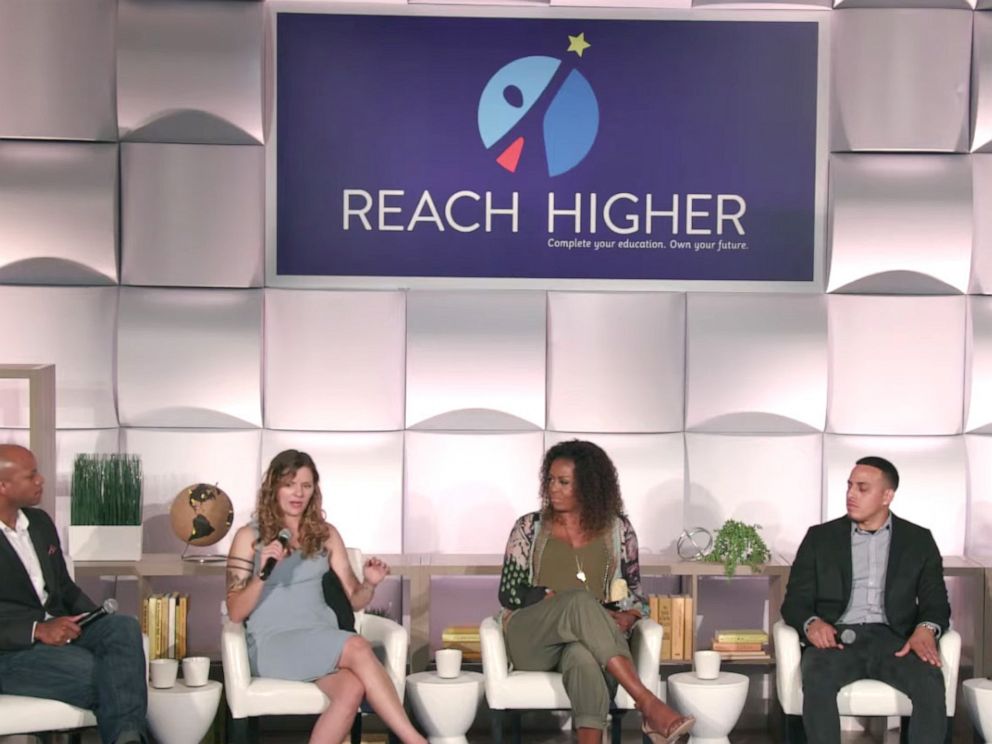 First-generation college students face a particular type of stress in going away to school, but Obama’s advice on handling the stress can be applied to any student.

Here are three questions college students can use for a mental health check-in, with words of wisdom from Obama.

1. Am I paying attention to my mental health?

“You have to be mindful about your mental health. We’re not a society that talks about mental health. If we’re not talking about it, you don’t even know what to identify.”

“That may not look like PTSD [post-traumatic stress disorder], it may not be something as powerful or painful or obvious as that, but going away to school and being homesick, that’s mental health. Having some depression, some anxiety and just being nervous, that’s part of your mental health.

2. Am I eating well and exercising?

“In order to have good mental health, it’s not just getting counseling or having support, it’s figuring out how to live a balanced life because that’s tied to your mental health. So, whether you’re getting exercise really does matter. That affects your endorphins. That matters.”

“What you put into your body absolutely affects how you feel physically and emotionally. A lot of young people don’t realize that.”

“It’s not really just about the ‘Freshman 15.’ Having a bad diet can lead you to feeling depressed in ways that you don’t even know because nobody talks about how physical and nutrition affects. So you’ve got to think about having a balanced diet. You’ve got to have some vegetables.”

“You cannot just eat carbs for four years. You will start feeling that and then you’ll wonder, ‘Why am I sluggish?’”

“You have to be thinking, ‘Am I partying a little bit too hard? Am I staying up a little bit too late because actually I’m stressed and worried and so instead of doing what I’m supposed to be doing like getting help or focusing on my work, I’m procrastinating, partying, eating what I want.”

“That’s what mental health is. Instead of doing what you’re supposed to be doing, you’re finding other tools that aren’t going to help you to get you through.”

“That’s why mental health is so important because sometimes it makes you do things that stop you on your journey and you don’t even know why.”

The “Becoming” author ended her talk to the first-gen students by sharing a powerful lesson she has learned from her childhood on the South Side of Chicago to her place in the history books as first lady of the United States.

“Here’s what I know after 55 years of life. There is no one way to get through it,” Obama said. “Everybody does it a little bit differently … It’s all a part of the journey so don’t measure yourself against anyone else because this is your story and your journey.”