The success of independent “teal” candidates, inaction on climate change and the state government’s response to COVID-19 have inspired a wave of professional women to enter the state election race.

Frankston Hospital doctor and mother-of-two Kate Lardner will stand for the seat of Mornington, where Liberal candidate Chris Crewther, a former federal MP, is hoping to succeed long-serving MP David Morris. The electorate takes in Mount Martha, Moorooduc, Mornington and Mount Eliza, and is held by the Liberals on a margin of 5 per cent. 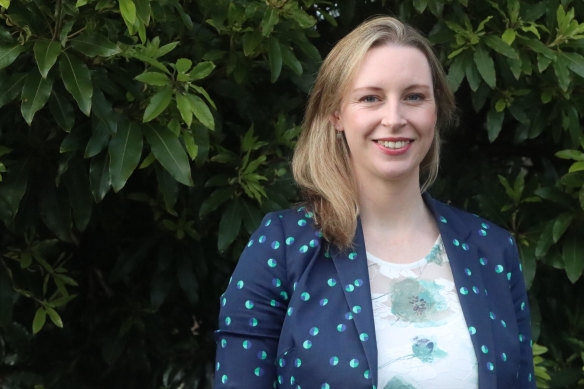 On the other side of Port Phillip Bay, small business owner Sarah Fenton, who founded an ocean swimming group during the pandemic, will contest the Labor-held seat of Bellarine, where former police minister Lisa Neville is retiring from the electorate she holds by a margin of 11 per cent.

Fenton and Lardner, who both want independents to have the balance of power after the election, are part of a wider trend of professional women contesting the November poll.

Jacqui Hawkins, who worked on the staff of former independent Indi MP Cathy McGowan, is running in Benambra and lawyer Nomi Kaltmann, a former Labor member, is standing in the ultra-marginal seat of Caulfield.

Former Labor strategist and pollster Kos Samaras – whose RedBridge Group performed work for Climate 200 and the teals before the federal election – said the high rate of female independents is likely to continue. Voters, he said, are “increasingly more likely to trust women in politics”.

Lardner, 35, who grew up in Mount Eliza, was formerly a Greens member but said she became disillusioned with the party and wanted to give her community the opportunity to vote for an independent.

“For me, climate change has been the biggest concern for the last decade, so I have voted Greens, but I still haven’t seen a change. They are still party politicians at the end of the day,” she said.

“With the independents, it goes beyond just political representation. I see it as an opportunity to build communities.”

Together with her husband, Lardner founded Healthy Futures, a non-profit organisation that mobilises doctors to address climate change.

Lardner said her firsthand experience working as a doctor during the pandemic had also inspired her to enter the race for state parliament. She said the healthcare system was unable to handle the pressure of a pandemic and staff were under intense pressure with little support.

“Exhausted, frustrated and disillusioned nurses and doctors are leaving the profession. It’s rapidly becoming a crisis within a crisis,” she said.

Lardner is not officially backed by the Voices of Mornington Peninsula group, which she co-founded, because the organisation is not officially endorsing a candidate in the state election. But the mother of two is receiving campaign advice and support from Simon Holmes a Court’s Climate 200 group.

A Labor insider, who spoke anonymously because they were not authorised to discuss polling, said the party expects Lardner to receive more votes than the Labor candidate.

Lardner, who stepped away from the group during the federal campaign while on maternity leave, said a rushed campaign and lack of “good communication” contributed to the problem.

On the Bellarine Peninsula, Fenton, from St Leonards, said she was inspired to contest the state election after forming close bonds with her community during the COVID-19 lockdowns, particularly through her ocean swimming group the Salty Bitches.

The former recruitment executive from Richmond, who now co-owns the Bellarine Smokehouse with her husband, moved to the peninsula seven years ago. She said she’d like to help form a minority government and is willing work with whichever party provides the best planning policy to protect the Bellarine Peninsula. Mirroring many of the so-called teal independents at the federal election, Fenton said she also wants to campaign on improving the rights of women, integrity, health and aged care, and environmental issues.

Raised in a Liberal family, Fenton, 51, said she had tended to vote for Labor and the Greens but backed the local Liberal candidate at the last state election as a “protest vote” against the Andrews government. 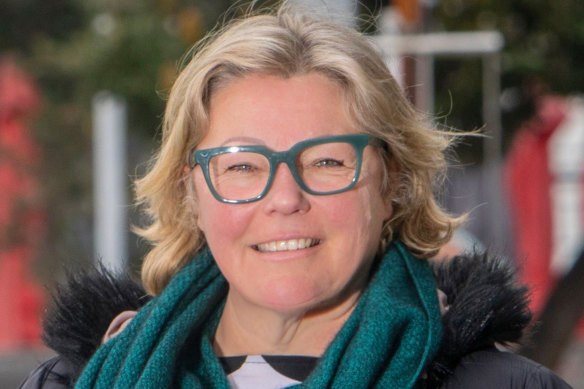 Business owner Sarah Fenton will stand as an independent candidate for the Labor-held seat of Bellarine.

While initially supportive of the early COVID-19 lockdowns, she said the Andrews government “lost the local business community” in 2021 and she believes many voters are seeking an option away from the major parties.

“The parties don’t represent the people any more,” Fenton said.

She contacted Climate 200 after attending the Community Independents conference hosted by McGowan.

“I just thought, why not? It is a safe Labor seat, but I think we can give it a good shake.”

Samaras said while the Mornington Peninsula is “prone to a teal candidate”, it will be harder for Fenton to succeed in Bellarine due to Labor’s higher primary vote.

“The Liberal Party has an issue all the way down the [Mornington] peninsula,” he said.

Working in Fenton’s favour, Samaras said, is the ageing population in Bellarine, while the departure of Neville would make the seat more marginal.

“The electorate is getting older and that makes it harder for Labor to win. As an electorate gets older, it isn’t going to get any better for Labor and without Lisa it is anyone’s guess what might happen.”

He said some regional seats could fall to independents, following the trend of others such as Shepparton and Mildura.