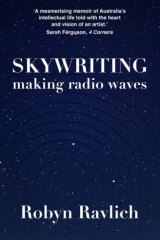 Any regular listener to ABC Radio National will know the name Robyn Ravlich, producer and creator of audio features. Her career in radio began in 1975 under the tutelage of the legendary and ‘‘fiercely independent’’ broadcaster, Allan Ashbolt, and continues as a freelancer: her most recent production being the intimate and engrossing Robert Manne’s Voice. Ravlich captures the excitement of being part of cutting-edge programs such as Lateline, the forerunner of Late Night Live, which pushed boundaries in the coverage of world affairs and cultural and social issues. Her background as a poet saw her gravitate towards experimentation with soundscapes, and she laments the demise of programing that made this possible. Skywriting celebrates radio’s mystery and allure where one can ‘‘whisper into the ear of the multitude’’.

I’ve Been Meaning to Tell You
David Chariandy
Bloomsbury, $24.99 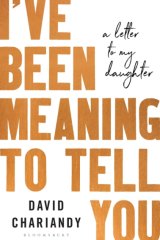 Children always intuit more than their parents are willing to divulge, observes Canadian writer David Chariandy. As a ‘‘working-class Black boy growing up in a middle-class suburb’’, he learned to interpret his parents’ silences and decipher the grief and fear behind the brave face. To save his 13-year-old daughter from these painful silences, Chariandy has written her a searching and tender letter about her family origins and how it felt, as a black man, to embody ‘‘what is feared about a changing city and nation’’. For as long as he can remember, Chariandy’s parents, who came from Trinidad, yearned to be understood simply as Canadian. Yet all his life, Chariandy has been asked, ‘‘Where are you from?’’ He cannot save his daughter from being asked this question but he has provided, in this letter, solid ground from which to answer. 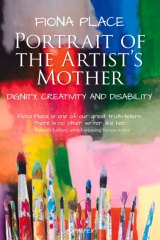 This is the story of a woman who defied the conventional wisdom that a child with Down syndrome is to be avoided at all costs. In refusing to have an amniocentesis to identify abnormalities in the foetus, Fiona Place was regarded as ‘‘recklessly giving birth to a newborn whose life was bound to be one of tragedy, constant ill-health and relentless suffering’’. Her straight-speaking self-portrait, which is also a portrait of her son, Fraser, a gifted artist, exposes the enormous pressure on women to terminate unborn children with detectable disorders. She doesn’t downplay the difficulties her family confronted or the extra support Fraser required. But in welcoming and accommodating difference, she shows what the future could look like. In Fraser’s own self-portrait inside the back cover, his humanity and unique talent speaks for itself. 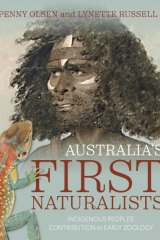 Early European naturalists such as Joseph Banks have long been immortalised in our history books for documenting Australian flora and fauna. Yet their ‘‘silent partners’’ – the Indigenous people whose deep zoological knowledge and guidance made European ‘‘discoveries’’ possible – have been largely overlooked. To read Penny Olsen and Lynette Russell’s measured and meticulous chronicle of the contribution made by Aboriginal men, women and children in the tracking, collecting and identifying of Australian fauna is to see, with shocking clarity, just how skewed and superficial the received narrative has been. As well as outlining the multitude of recorded cases when Indigenous Australians played a key role in educating Europeans about this fauna, the authors bring into focus – wherever possible – the individuality and group identity of those involved.