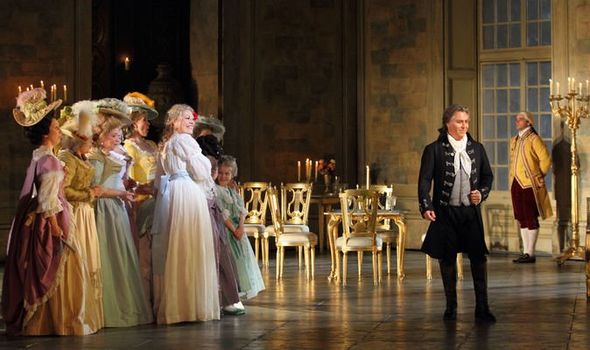 There are two main reasons for this: the first is that its composer, the Italian Umberto Giordano, is relatively unknown; the second is that it is not as good as Puccini’s Tosca, with which it shares several plot features.This production by David McVicar, however, brings out its strengths excellently. McVicar always thoroughly researches the era and location of his operas and the result in this case is a series of superbly designed sets by Robert Jones totally fitting the French Revolutionary context of the story.

The opera is based on the short life of the romantic poet André Chénier (1762-94) whose revolutionary sympathies attracted the enmity of Robespierre and resulted in his being sent to the guillotine just three days before Robespierre himself was executed and the Reign of Terror came to an end.

Just as the plot of Tosca centres on a conflict between a vicious police chief and a romantic artist, with the police chief lusting after the artist’s girlfriend, Giordano’s opera also pits artistic nobility against state power, with love and lust for a beautiful woman playing a similarly powerful part.

The state power is represented by Carlo Gérard, a former friend and co-revolutionary of Chénier now risen to a position of power, and the girl is the once aristocratic Maddalena di Coigny, reduced to penury by the Revolution.

The Royal Opera House has cast the three main roles magnificently in the present production. 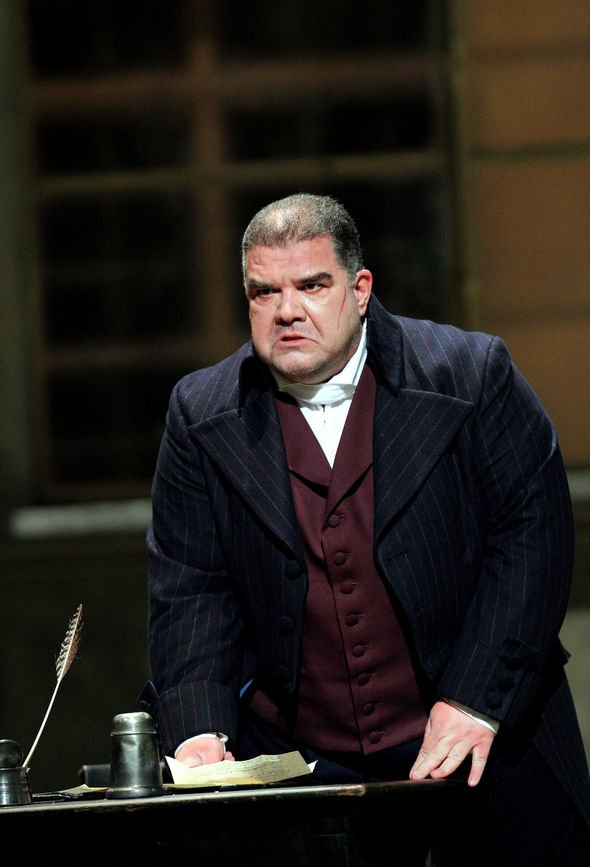 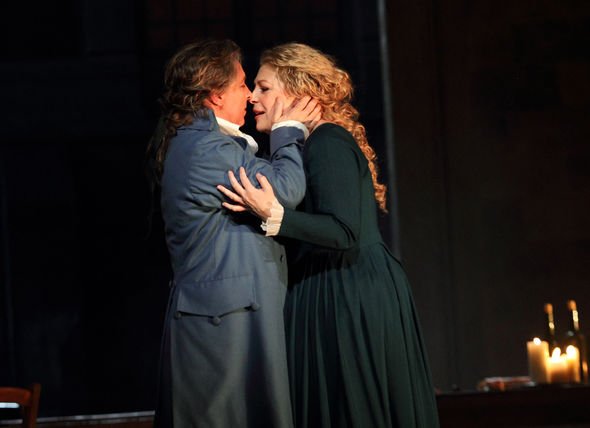 The part of Gérard is taken by Greek baritone Dimitri Platanias whose deep, powerful voice is gloriously resonant in Giordano’s sumptuous arias. US-Canadian soprano Sondra Radvanovsky is even more striking as Maddalena, singing this demanding role with gorgeous clarity and emotion.

The best known star name, however, is that of Sicilian-French tenor Roberto Alagna who has graced major opera houses around the world for over 30 years. Now 55, his voice in the title role is as powerful as ever, and only slightly lacking in the warmth that characterised his earlier years.

With a very strong supporting cast, these three combine with McVicar’s vision to turn Giordano’s little-known opera into a gripping evening’s entertainment.