Australians are less concerned about what job they do than where they do it – and overwhelmingly they want to work from home.

“Work from home” has been the most popular search term on job platform Seek for months as the unemployment rate remains at near 50-year lows and companies compete to attract talent. 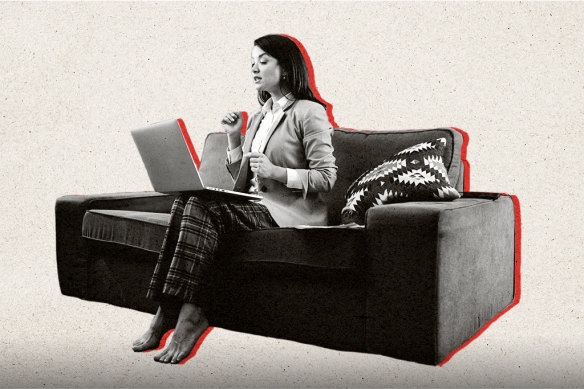 The number one desire for job seekers is the flexibility to work from home.Credit:Aresna Villanueva

Advertised wages have grown 4 per cent in the 12 months to October, data from Seek’s quarterly advertised salary index shows, driven by fast growth in lower-paid jobs.

Seek senior economist Matt Cowgill said working from home seemed to be people’s number one priority when looking for jobs.

“It used to be that people came to Seek and the most common search terms that we saw were things like ‘retail job’ or ‘admin job’ – people were searching for specific occupations,” he said. “But now the most searched term, and this has been the case for several months now, is ‘work from home’.”

Employers have responded, with the number of jobs advertised with ‘work from home’ 11 times higher than pre-pandemic levels, he said.

“People clearly value that ability to work from home. So employers are recognising they need to cater to that demand or there’ll be losing out to other employers,” Cowgill said.

Australia’s jobs market is tight. The unemployment rate returned to the near 50-year low of 3.4 per cent in October according to Australian Bureau of Statistics data, and annual wages growth was 3.1 per cent – although once inflation is taken into account, real wages fell 4.2 per cent over the 12 months to September.

The Reserve Bank forecasts unemployment will remain below 4 per cent through 2023, reaching 4.3 per cent by December 2024, and it expects wage growth to hit a plateau of 3.9 per cent by June next year.

Cowgill said that showed the labour market will soften slightly, but will broadly remain hot this financial year.

“Overall, it’s going to remain a tight labour market. Reflecting that overall wages and salaries should be expected to pick up further,” he said.

Seek’s advertised salary index has risen further and faster than the Bureau of Statistics wage price index, but Cowgill said he expects that gap to narrow as enterprise bargaining agreements get updated.

One way employers have been increasingly trying to attract workers is through sign-on bonuses – and the number of Seek ads mentioning sign-on bonuses is up nearly 2200 per cent on pre-pandemic levels.

Cowgill said it was still a very small number of ads with bonuses – 1300 a month, or less than 1 per cent of total ads – but it was still an enormous increase from 2019.

The rise in sign-on bonuses might also reflect the fact businesses want to avoid baking in higher wage costs going forward, Cowgill said, but they are also part of the “really fierce competition” for workers.

While advertised vacancies have fallen from a record high in May, they are still more than 46.2 per cent higher than pre-COVID. But the number of job applications per ad has plummeted to 45.5 per cent below pre-COVID levels, with fewer people looking for work and greater choice.