Break out the tissues! Pink released an emotional music video for her new single, “90 Days” featuring Wrabel, on Tuesday, June 18, and it features none other than her husband, Carey Hart.

The visual begins with the three-time Grammy winner, 39, having her morning coffee while the retired pro motocross racer, 43, watches one of her interviews with Ellen DeGeneres on a laptop at their kitchen table. They lovingly stare into each other’s eyes and begin slow-dancing before she heads out on tour. 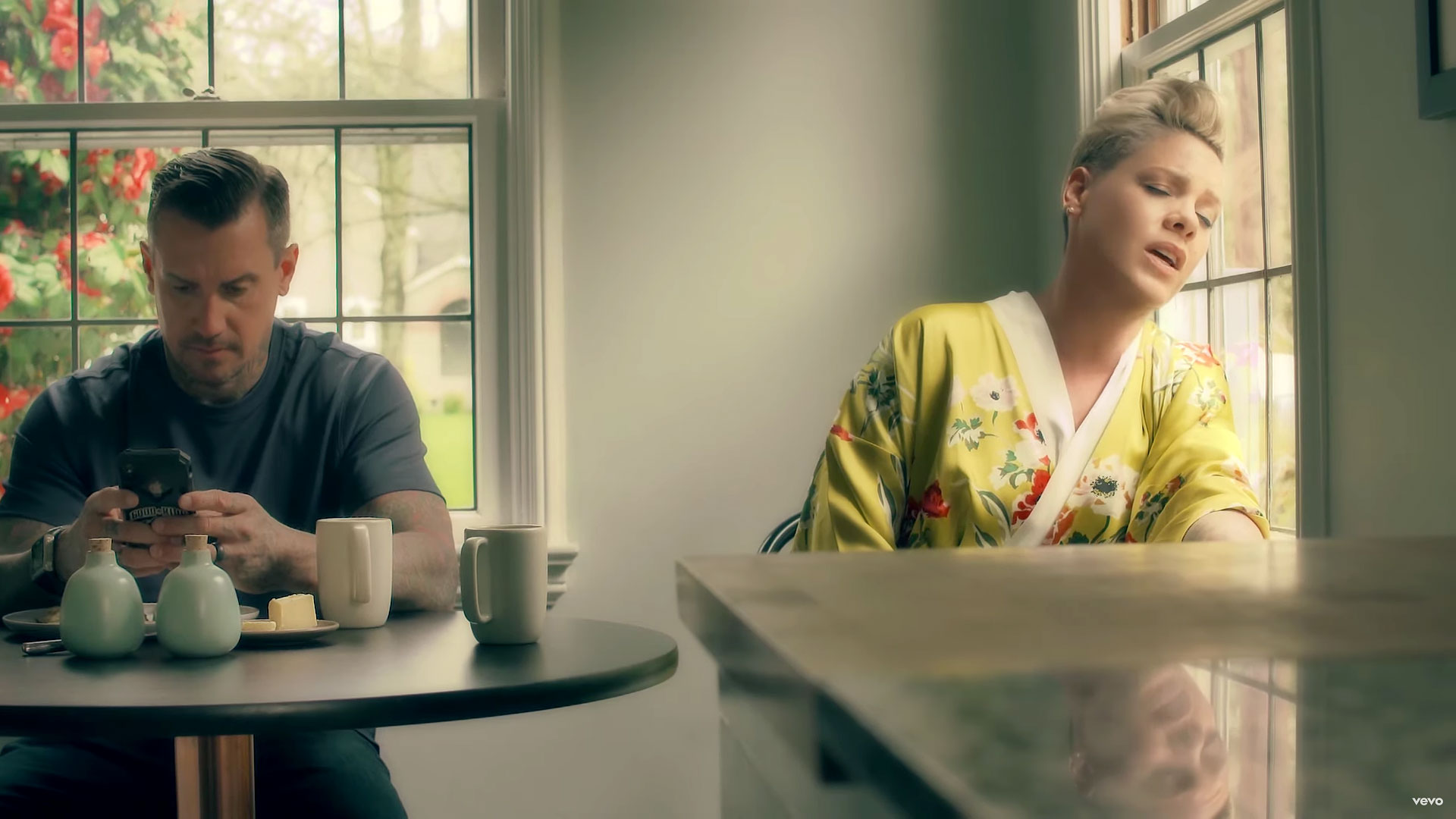 During the second verse, Pink and Hart argue with each other and look lonely as they spend time apart while she is on the road. She cries in the bathtub, while he heads to the bar and drinks alone.

The “Walk Me Home” singer explained in an Instagram post on Monday, June 17, that she “ran around the streets of Portland and Detroit” between stops on her Beautiful Trauma world tour to shoot the “surprise” video for one of her “favorite songs” from her new album, Hurts 2B Human.

Pink’s backup dancer and “budding director” Remi Bakkar helmed the video. “I believe in celebrating all the many facets of the people around me,” she noted. “It was shot just for fun, just because we wanted to, and I hope you love it! I like it.” 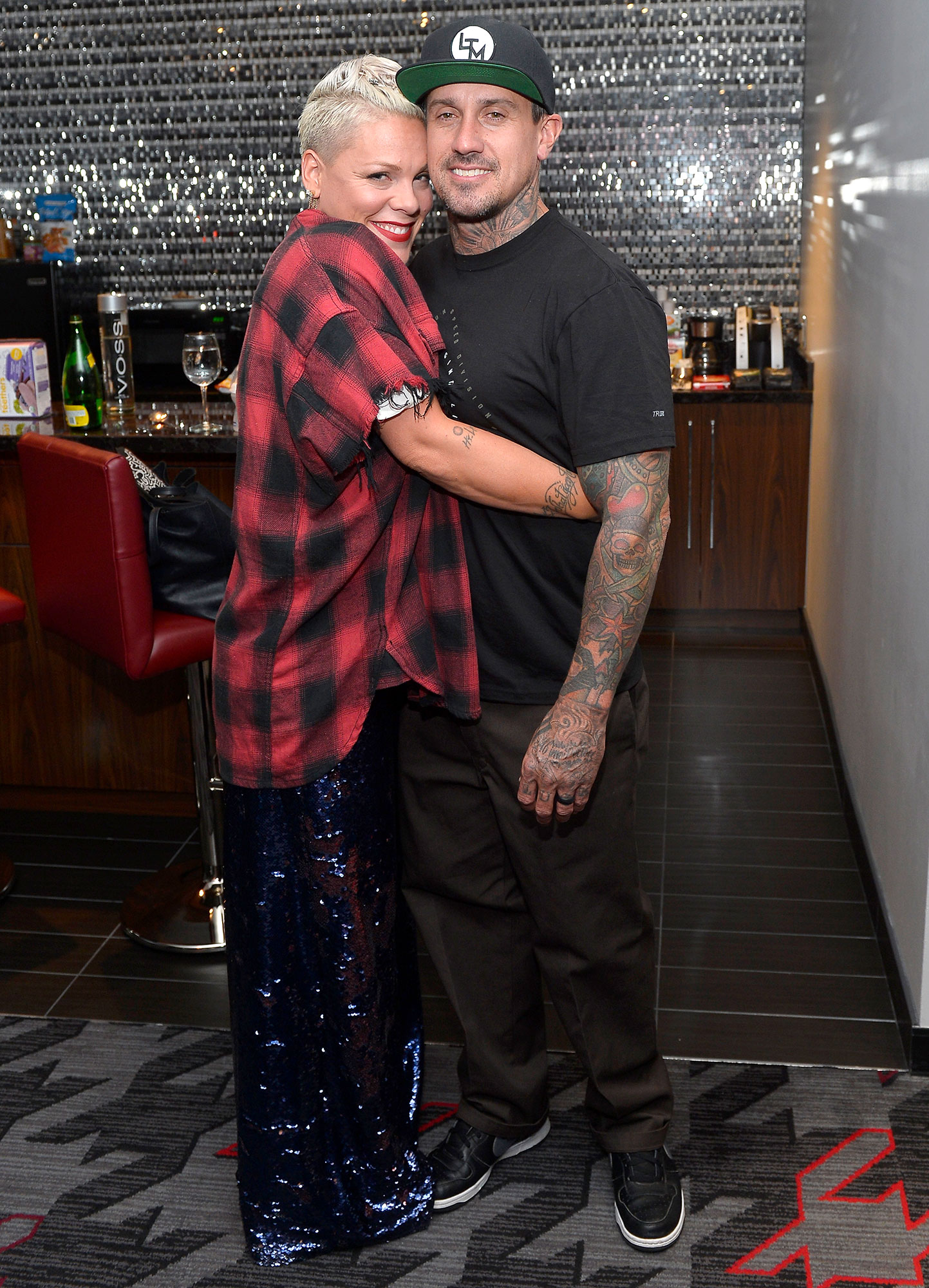 Pink (real name Alecia Moore) and Hart met at the 2001 X Games in Philadelphia. They dated on and off before marrying in Costa Rica in January 2006. Two years later, the songstress announced that she and the athlete had separated, but they sought marriage counseling and ultimately reconciled after 11 months apart. The couple share two children: daughter Willow, 8, and son Jameson, 2.

“They’ve been through a lot, but they are solid now,” a source told Us Weekly exclusively in May 2017. “They love their life together.”