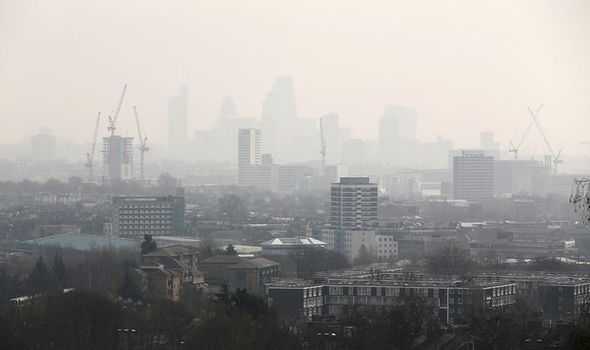 Around 2.5 billion of people living in urban areas across the globe are exposed to unhealthy particulate matter levels, the study finds.

Ella Adoo-Kissi-Debrah, a nine-year-old girl who died following an asthma attack in 2013, became the first person in the UK to have air pollution listed as a cause of death. She lived near a busy road in Lewisham, south-east London.

Dr Susan Anenberg, from George Washington University, in the US, said: “Our study found that nitrogen dioxide puts children at risk of asthma ‑ and the problem is especially acute in urban areas.”

Get the latest three-day weather forecast where you live. Find out by adding your postcode or visit InYourArea