Kirsten Dunst says producers once told her to ‘fix’ her teeth

‘Bring It On’ stars quizzed on the film 20 years later

When Kirsten Dunst and fiancé Jesse Plemons step on the red carpet on Sunday, March 27, after both scoring Oscar nominations, they won’t be alone.

In fact, it will be a family affair as their parents and siblings are joining them to celebrate the success of their movie “The Power of the Dog,” Page Six is told.

Dunst, 39, and Plemons, 33, have scooped Best Supporting Actress and Actor nominations for the cowboy tale, which is also a lead contender for Best Picture and Best Director for Jane Campion.

The couple — who refer to each other as husband and wife, although they have yet to tie the knot — share sons, Ennis, 3, and 10-month-old James.

But far from being on babysitting duty, their mothers, Inez Rupprecht and Lisa Plemons, will be joining them at the Dolby Theater in Los Angeles.

“It’s just beyond our wildest imagination for this to happen to both of them at the same time,” Lisa, 61, told Page Six. “Our entire family couldn’t be more proud, and I know that Kirsten’s mom feels the same way. She and I are just the best of friends and we feel so proud of both of them!”

Lisa has her dress picked out and said that she will be joined by her husband, Jim Bob Plemons, and their daughter Jill. The family is from Mart, Texas, where Lisa is an education expert, specializing in dyslexia and husband Jim Bob is a retired firefighter. 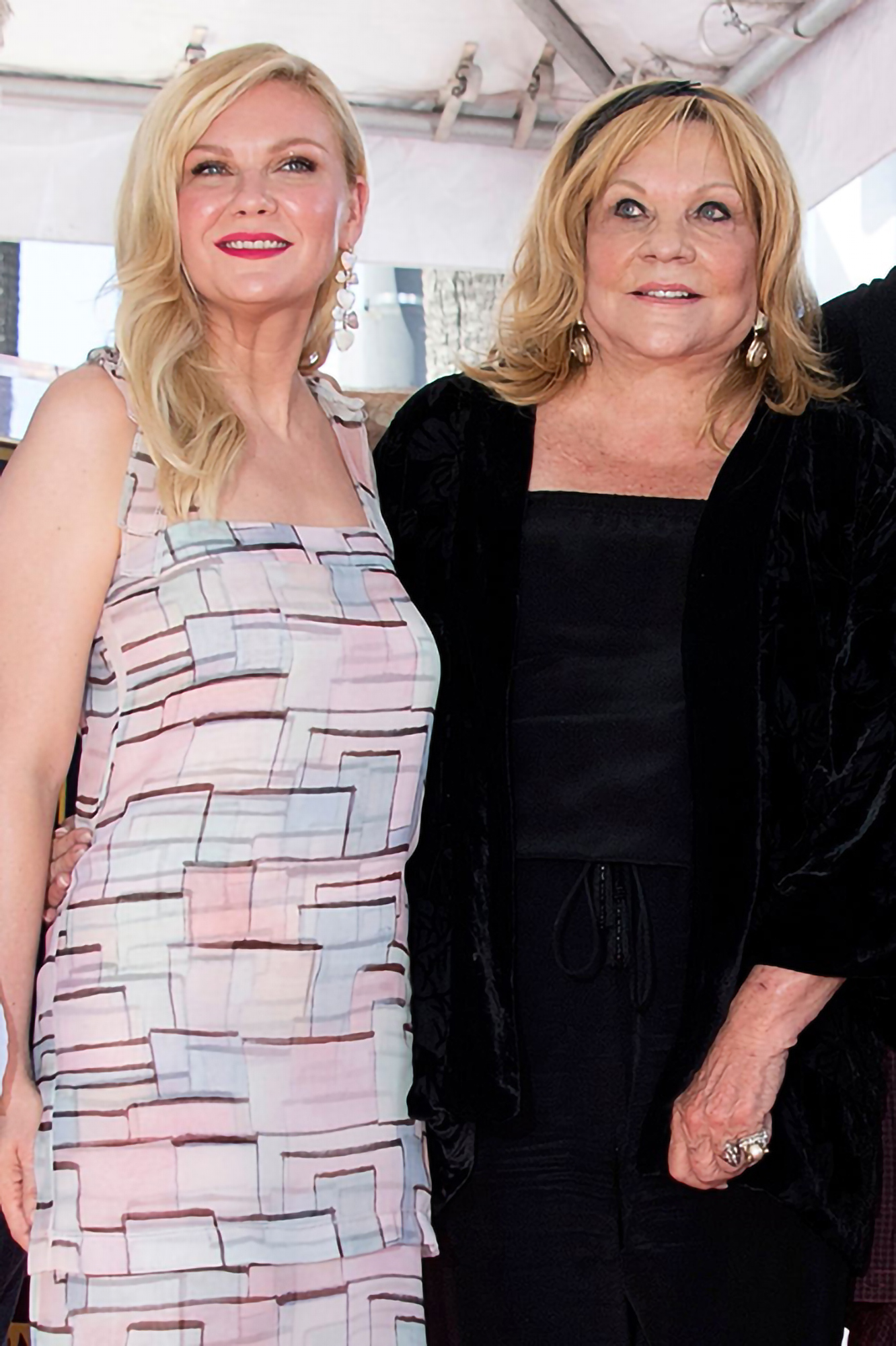 The Oscars will be “a whole family affair —my husband and my daughter are coming, and Kirsten’s brother, her mother and father and her stepmom too,” said Lisa. “We’re all getting to go!”

Although industry pundits say it will be a close race between “The Power of the Dog,” in which Dunst and Plemons play newlyweds, and “CODA,” Lisa said: “We’re super excited. It’s going to be a fun evening, either way.”

Both got their start early. Plemons acted in commercials from age three and worked as an extra and in small roles before landing the role of Landry Clarke on the beloved TV series “Friday Night Lights,” when he was 18. Dunst — who grew up in Brick Township, NJ, with her flight attendance mom and business executive dad, Klaus — found fame at age 12 in “Interview With The Vampire,” starring alongside Brad Pitt and Tom Cruise.

“We laugh about the fact that we were two child actors,” Dunst has said of Plemons. “And we both made it out OK. 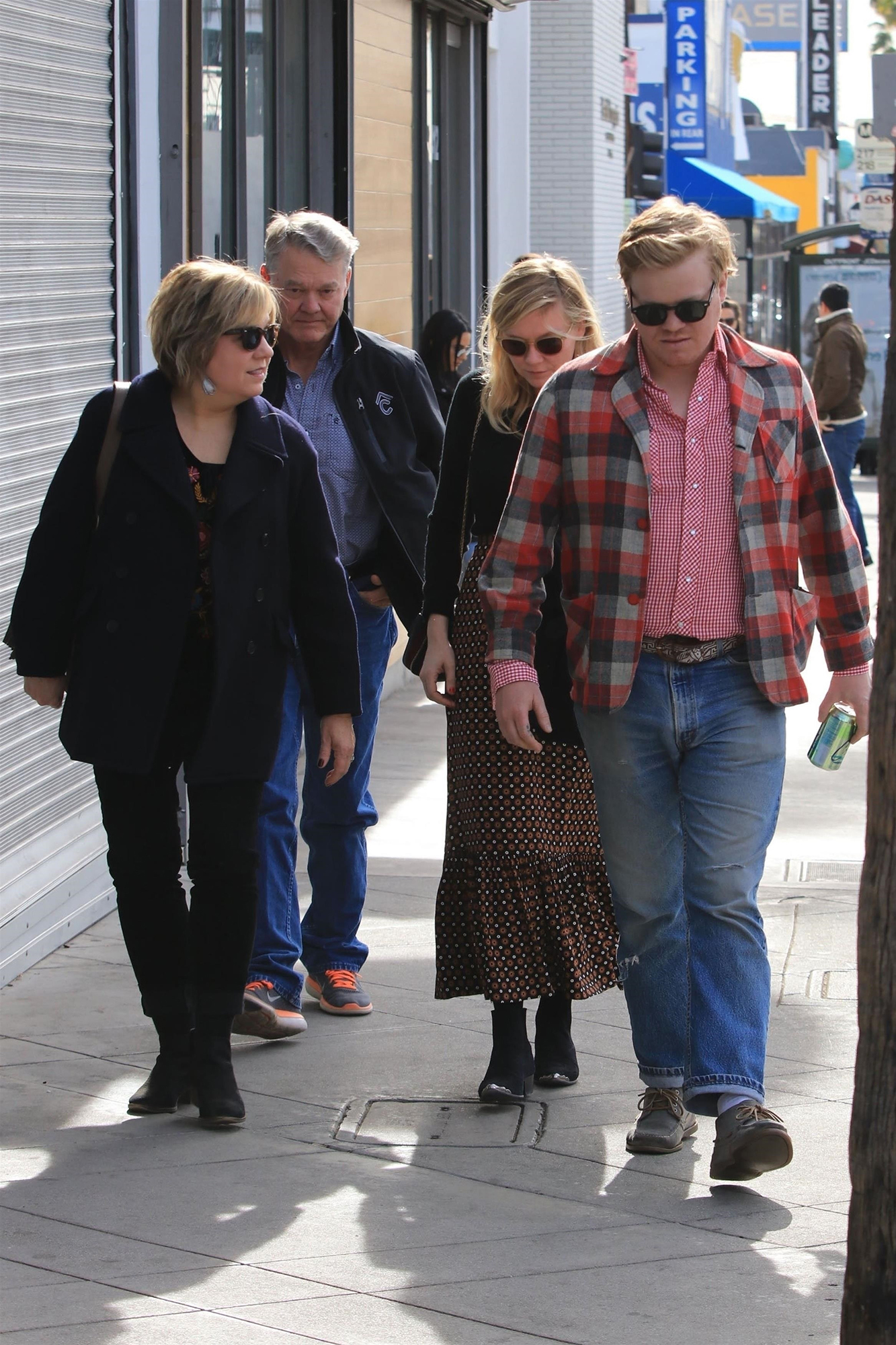 The pair met on their 2014 TV series “Fargo,” in which they played Peggy and Ed, a couple engaged in a criminal cover-up.

“They’re very fortunate to have found each other,” Lisa told The Post.

“I don’t often remember every detail about meeting someone … Immediately, without too many words being exchanged, I looked into her eyes and saw the beautiful, sweet, unguarded, welcoming human being that she is,”  Plemons said at Dunst’s Hollywood Walk of Fame ceremony in August 2019.

“And it truly was in an instant. Immediately my nerves and anxiety dissolved and I knew everything was going to be alright,” he added.

“My first impression was, ‘Oh, he’s like me,’” Dunst told the New York Times of Plemons. “We were two people who worked very similarly, and it felt like a soulmate.” 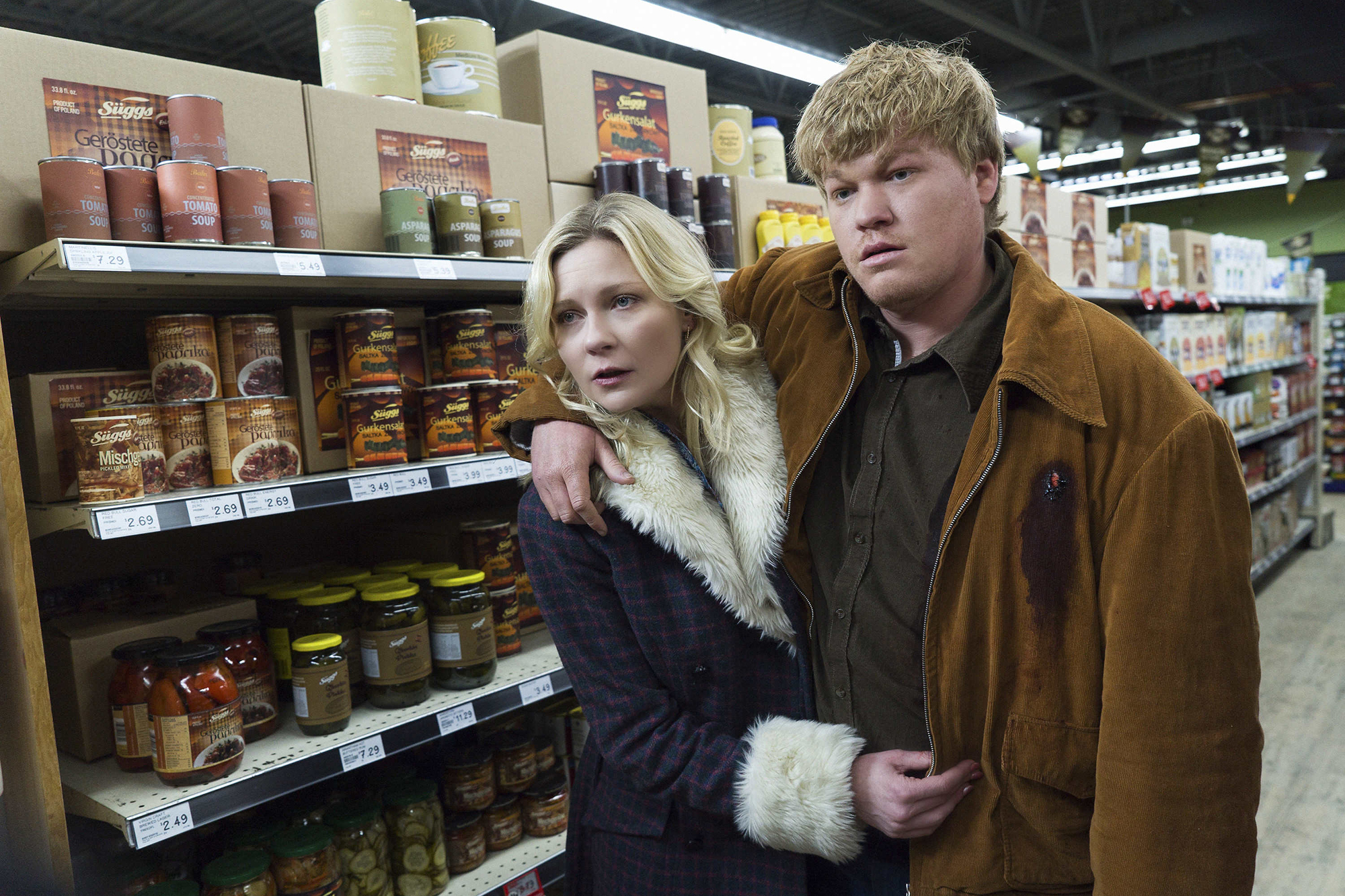 The “Virgin Suicides” actress said she was certain that their friendship would last well beyond the film.

“I knew he would be in my life forever,” she said. “It was one of those connections where you just know. But we’re also very respectful people and were mindful of the fact that we were working together intensely.”

Dunst was still dating her “On The Road” co-star Garrett Hedlund when she met Plemons, and their split was confirmed in April 2016.

“After we were done with the show, we’d FaceTime now and then, and I just missed him,” she told the Times of Plemons. “I missed being around him. And he did, too.”

By May 2016, the pair were spotted kissing in Studio City, and by early 2017, they were engaged, as Page Six first reported. 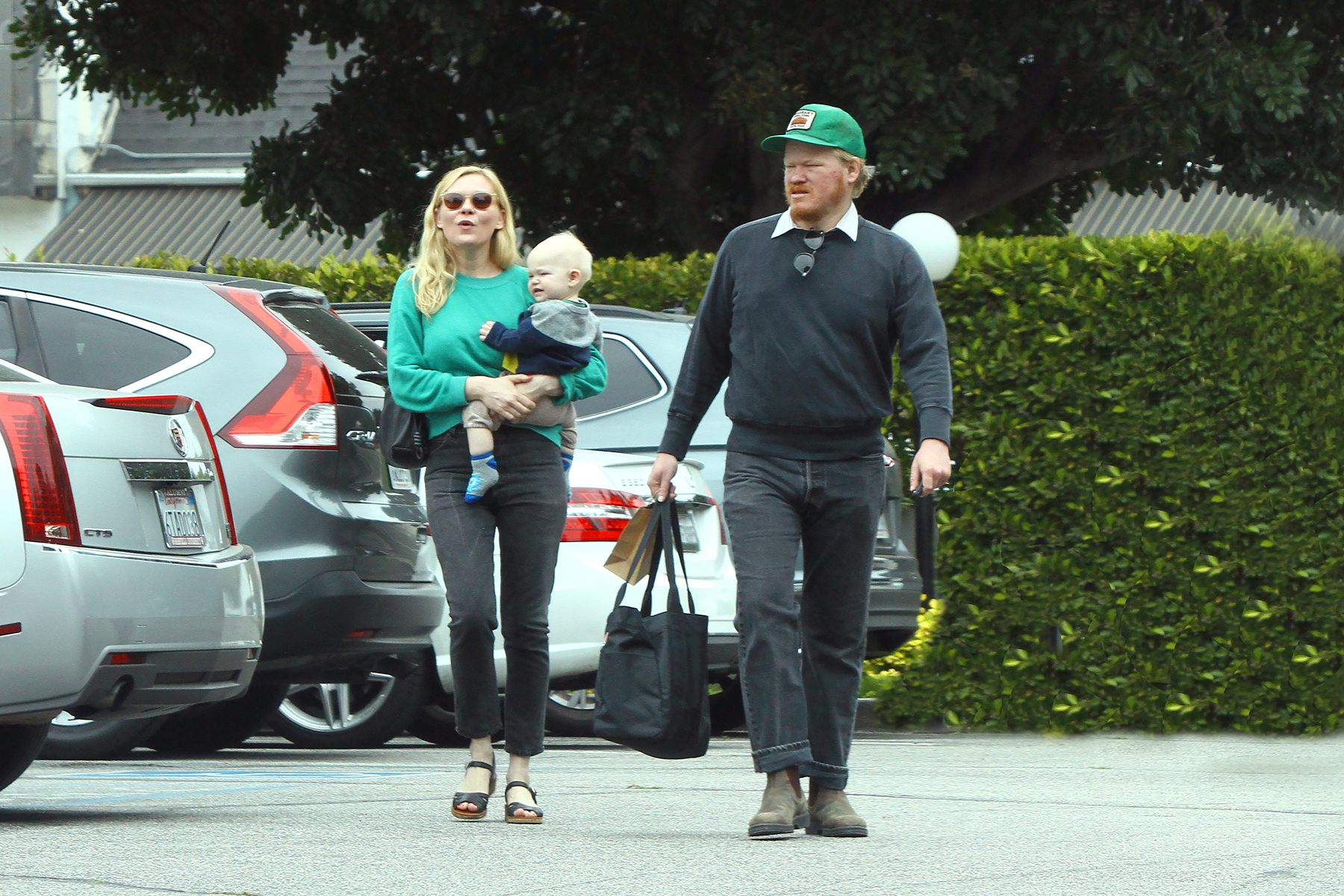 “I was a little sick when he [proposed], which was funny, but that’s good, sickness and in health, so that works,” she later joked to Jimmy Fallon, adding, “I was in sweats.”

While Dunst didn’t know the exact moment that Plemons would pop the question, she admitted she knew it was coming. “I could tell on my dad’s face at Christmas, he’s a bad liar,” she laughed.

Dunst, whose friends call her Kiki, previously had a string of high-profile romances. She was introduced to Jake Gyllenhall by his sister Maggie in 2002 and the pair became so serious they lived together in LA and shared a dog before breaking up after two years.

‘I screamed. It was like I could release my joy more with Jesse’s nomination than my own even, for some reason?’

Plemons, meanwhile, was previously in a long term relationship with Courtney Peterson and dated “The Bold Type” actress Aisha Dee.

What seems to link Dunst and Plemons is that they are both “down to earth,” Lisa told The Post.

“There are no airs and graces to Kirsten, although she played a snooty queen!” said a source on the set of “Marie Antoinette,” directed by Dunst’s frequent collaborator Sofia Coppola. “Sofia works with the same team all the time, the same crew, and everyone loves Kirsten.”

Another well-placed Hollywood insider said: “I honestly don’t know anyone who has a bad word to say about Kirsten or Jesse … “

From “Friday Night Lights”, Plemons went on to play Philip Seymour Hoffman’s son in the Paul Thomas Anderson drama “The Master,” and appear in Spielberg’s “Bridge of Spies” and “The Post.” 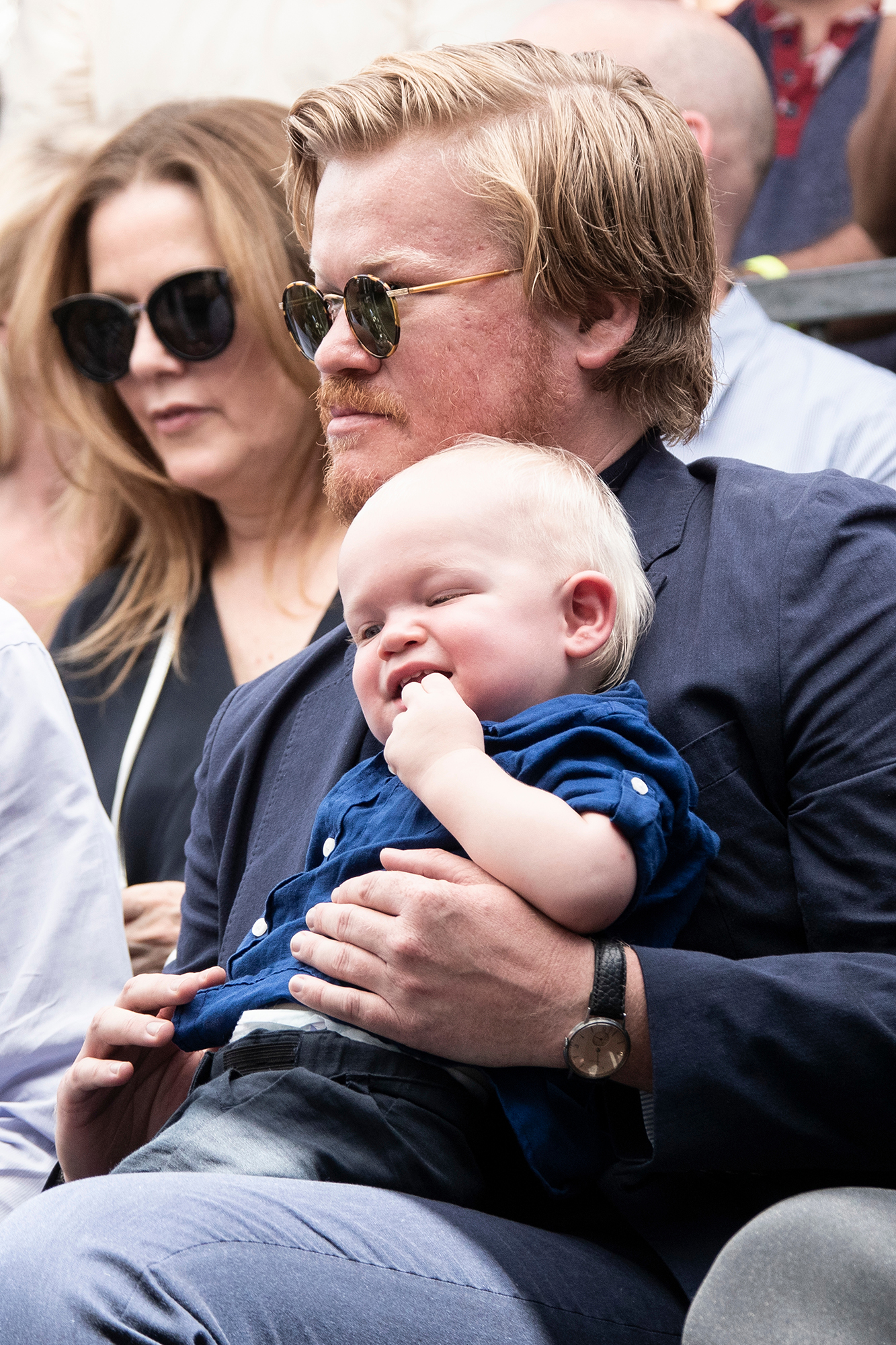 But as he told the New York Times in 2020: “I went through a period of time where I was pretty hard on myself, where it was not as much fun as it should’ve been. I care so much and want to give everything that I have, that it just starts eating you up and becomes less enjoyable.”

“He works so hard at what he does,” Dunst said. “He takes everything very seriously and embeds himself very deeply.”

Dunst revealed her first pregnancy in the fashion brand Rodarte’s Fall/Winter 2018 portrait series, and later told PorterEdit that the pregnancy was a shock.

“I thought I would have a hard time getting pregnant, but it was a surprise,” revealing she “would have frozen [her] eggs” had Ennis not come along. “[But] it feels like I lucked out.”

Ennis Howard Plemons was born on May 3, 2018. Dunst announced her second pregnancy in similar chic style, on the cover of W magazine. She gave birth to James Robert Plemons in May 2021, telling the New York Times four months later: “This is the newest guy, the Big Kahuna. He’s an angel, but he’s a hungry angel.”

In “The Power of the Dog,” Dunst plays Rose Gordon, a lonely widow who impulsively marries George Burbank (played by Plemons) and goes to live with him on his family’s ranch. There, his brother Phil (Benedict Cumberbatch) begins to psychologically torture Rose, driving her to drink. 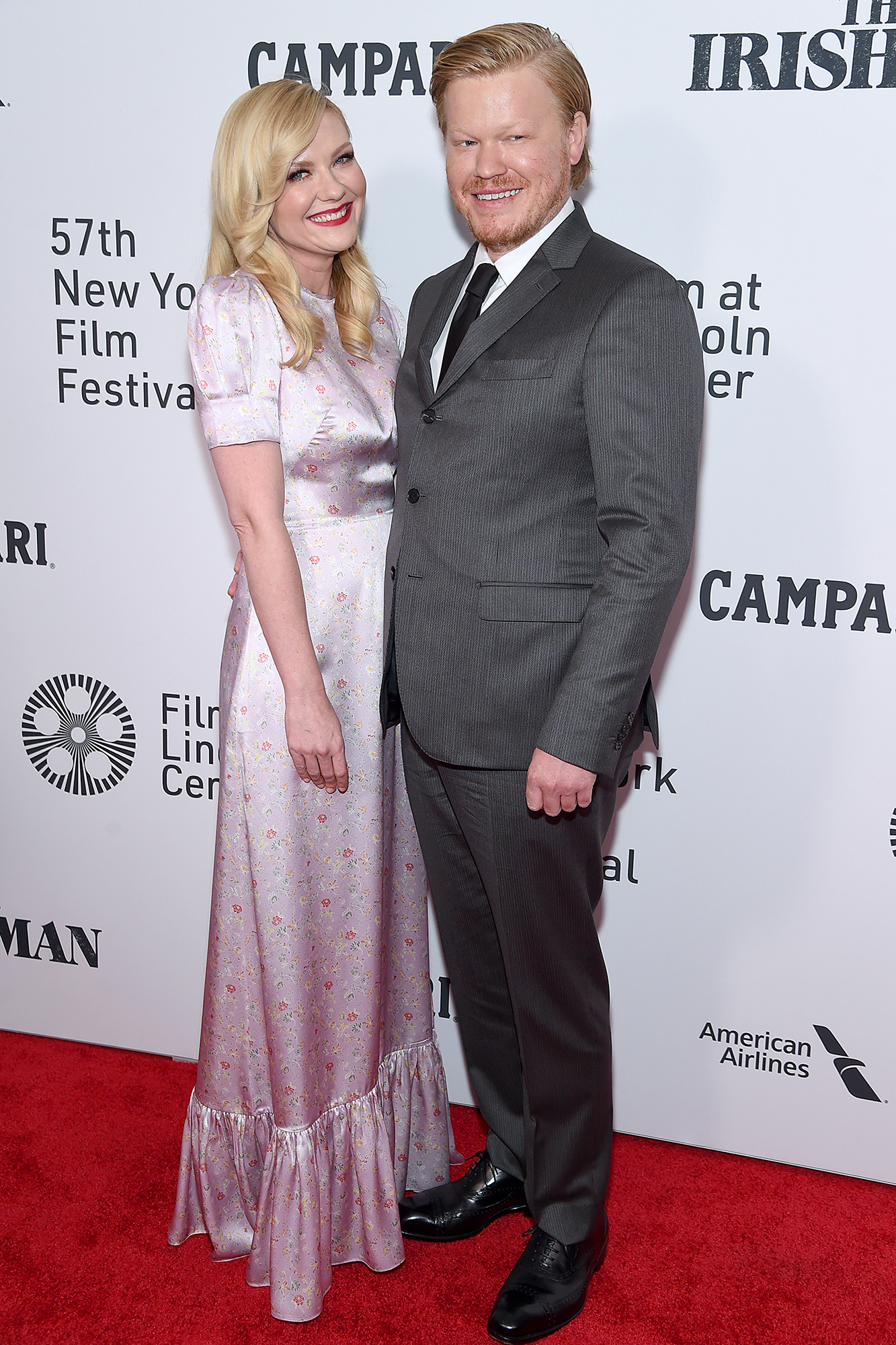 The couple, who keep a place in Austin, Texas, out of the Hollywood limelight, would love to work together again, Dunst told The Hollywood Reporter: “We have some ideas, and Jesse and I definitely want to do another project. He’s my favorite actor to work with.”

When the Oscar nominations were announced last month, “I screamed. It was like I could release my joy more with Jesse’s nomination than my own even, for some reason?” she told USA Today. “I just can’t believe we got nominated together for the same movie. It sounds like an old-fashioned thing that wouldn’t happen now.”
“Like the Old Hollywood days of Elizabeth Taylor and Richard Burton.”

Sweetly, Plemons paid tribute to Dunst at her Walk of Fame ceremony: “Seeing the kind of mother, wife, daughter, sister, friend, and cohort you are is why I and all of your friends and everyone else are here today and why we all love you. It’s for the incredibly generous and amazing person that you are.