Cash-poor retirees living in expensive properties are not tapping into their housing equity to fund their older years, despite the family home representing the biggest share of net wealth for those aged over 65.

Getting homeowners to consider schemes like reverse mortgages to fund their retirements has been highlighted in a briefing note by the federal government as a major finding from a 600-page Retirement Income Review set to be unveiled on Friday.

It said accessing home equity could have a "bigger impact on improving retirement income than increasing the superannuation guarantee". 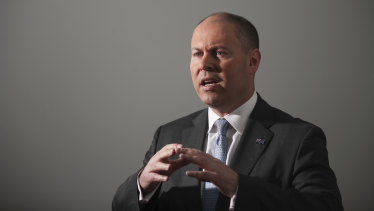 The full review has not been publicly released, and does not make recommendations, but some of the findings could threaten the legislated superannuation guarantee rises to 12 per cent by 2025. The first of the 0.5 per cent increases is due next year.

But a separate analysis by the Australian Council of Trade Unions warns nurses, teachers and retail staff could be left working into their 70s if the superannuation guarantee rise is delayed.

The retirement review found keeping the superannuation guarantee at 9.5 per cent, but using voluntary savings more efficiently, would allow most retirees to achieve 65 to 75 per cent income replacement rates.

"Most would also achieve higher replacement rates than with the superannuation guarantee at 12 per cent and drawing down balances at the legislated minimum rate."

Treasurer Josh Frydenberg said in a statement the unreleased report found the retirement income system was "effective and sustainable".

"Importantly, the report also reaffirms the need to simplify and enhance the efficiency of the superannuation system and lift home ownership rates as a driver of higher incomes in retirement," Mr Frydenberg said.

Assistant Minister for Superannuation Jane Hume has previously encouraged self-funded retirees to consider tapping into their home equity through the Pension Loan Scheme during the recession to stay afloat.

About a dozen Coalition MPs want to delay the legislated superannuation increase, arguing it comes at the expense of wage growth and hurts businesses who can ill-afford to pay the hikes during the recession. The Grattan Institute and Reserve Bank also say there is a wage trade-off.

About 70 per cent of Australians over 65 received the pension as at June 2019, with more than 60 per cent on the maximum rate.

The Morrison government is expected to delay a decision on the guarantee's future until the May federal budget. However, with the first increase to start on July 1 this would leave little time to change legislation.

Another section of the retirement income review indicates keeping the 9.5 per cent rate would "allow for higher living standards in working life", with income for most people about 2 per cent higher in the long run.

ACTU president Michele O'Neil said any delay to the super guarantee rise would "rob millions of workers of the best and healthiest years of their retirement".

"At a time of great uncertainty, the federal government and sections of big business have thrown back into question the legislated increase to the super guarantee, and the fundamentals of the system itself," Ms O'Neil said.

"Delaying the super increase punishes the workers who have paid the biggest price to keep us safe. They have lost hours, pay and jobs and many have run out of sick leave, annual leave and long service leave – now they are being asked to sacrifice their retirement years."