Not on good terms? Ashlee Holmes Malleo seemingly accused her estranged husband, Pete Malleo, of cheating on her in a recent Instagram post — but he denied the accusations in an exclusive statement to Us Weekly.

The 30-year-old star, whose mom is Real Housewives of New Jersey alum Jacqueline Laurita, threw shade at her former flame on Sunday, November 7.

Real Housewives’ Kids: Then and Now

“My husband is busy f–king some busted looking whore,” Ashlee replied after an Instagram fan asked whether she and Pete, 36, planned to have any more kids, according to Page Six. The comments have since been hidden on her post.

The “Your Mom Friends” podcast cohost, who shares 5-year-old son Cameron with her estranged spouse, noted that “maybe one day” she will have another child. When another user expressed sadness over her romance woes, Ashlee replied, “Don’t be. I’m fine lol.”

Pete told Us in a statement on Monday, November 8, “I never cheated,” despite what his estranged wife hinted at in her post. 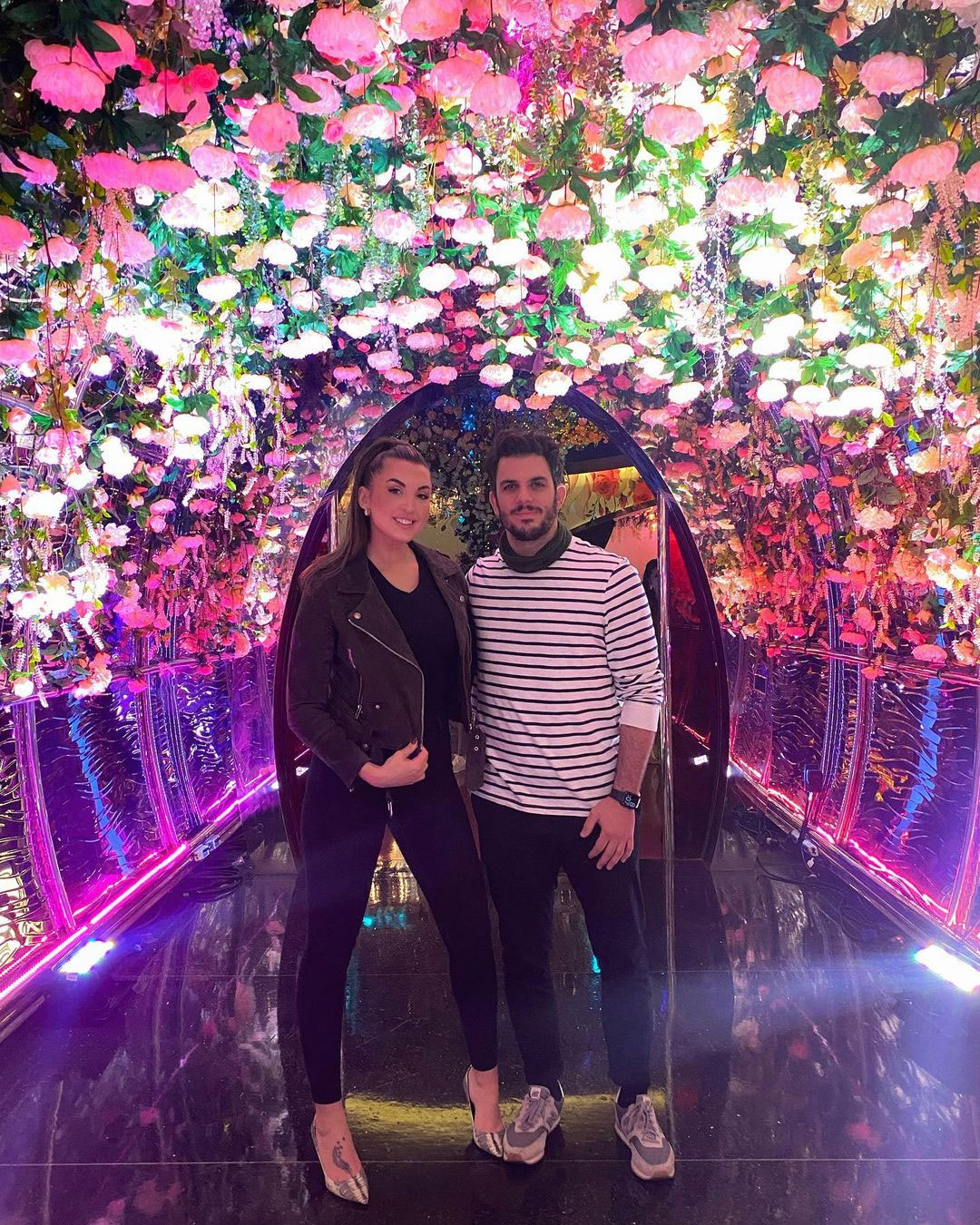 “Ashlee and I have been separated and living apart since August and we are currently going through a divorce,” he continued. “At this point, I am focused only on our son and continuing to show him unconditional love. As such, I will not be making any further comment to any news outlets. I am hopeful that Ashlee and I can resolve our divorce in a private manner outside of the public eye for the sake of our son.”

The Nevada native initially posted a photo of her son wearing a Notorious B.I.G. tee on Saturday, November 6, reflecting on how big he is now.

“My baby doesn’t look like a baby anymore and I’m just trying to figure out when that happened………. 🙃⏳,” she captioned the snap, which now has the comments turned off.

The same day, Pete shared a message via his Instagram profile about his career in music, which Ashlee supported.

“I’ve been playing music with these guys since I was 19 years old. I’m grateful to be able to continue writing songs with them 16 years later,” he captioned a black-and-white band photo. “It feels weird to say, ‘Check out my band’ at 36. We have lives and careers outside of our music, but it feels good to continue to create. That’s what this is all about. I’m excited to share with you what we’ve created over the past year.”

Ashlee, for her part, sang Pete’s praises, commenting, “Proud of you.”

Two days later, Pete denied any alleged infidelity in a statement to Page Six on Monday, claiming, “All I did was friend request someone and liked some photos. I then asked that person to hang out. I clarified that I’m single. We are going through a divorce.”

Ashlee also addressed the rumored cheating allegations, telling the publication in a statement that she “never said that Pete cheated on me,” instead that was something her fans insinuated took place.

“What the public put together based on what I said in my Instagram stories is on them … However, if Pete is going to make a statement, then it’s only fair that I respond,” she said on Monday. “This is the last I will say on the matter, as I am disgusted by all of this. Facts are facts. Pete has in fact cheated on me in the past. He had an online flirtation with a girl where pictures were exchanged throughout the first year of our relationship, ending somewhere around three months into my pregnancy.”

Ashlee claimed that Pete’s past fling only ended because she confronted the woman. She also alleged that Pete recently told her that he was not “seeing anyone,” which Ashlee later learned was false. She pointed to DMs from the unnamed woman as proof that he was talking to someone new and deceiving her about it.

The Messiest Bravo Breakups of All Time

“There are a lot of other factors as to why our marriage wasn’t working. Including him not wanting to go to therapy with me,” she continued, stating that they’ve separated in the past and got back together. “He was given many opportunities to be truthful, and he chose not to. For Pete to say that all he did was friend request ‘someone’ and ‘like some photos’ is a gross understatement. I will not allow him to change the narrative.”

Ashlee gave her ex a shout-out for his parenting skills on Monday, but she noted that they are currently at odds amid the alleged DMs with a girl that he supposedly hid him from her.

“Pete is an excellent father when he chooses to be with Cameron. I wish we could continue to co-parent in the way we had been lately,” she said in the Monday statement. “However, after this display, I just don’t see how … I have yet to hear anything from Pete in regard to her DMs to me and all of this aside from his statement to the press.”

Ashlee and Pete tied the knot in August 2018. They announced via social media in July 2020 that they had split. As of February, however, the twosome had reconciled — but they called it quits again six months later.