‘Are you Happy or Grumpy? And where are your six little friends?’

I wish the grown man who asked me these questions knew pantomimes are supposed to be a bit of fun – not taken seriously.

There are quite a few people who need the memo, including the person who thought they were being funny by singing ‘Hi-ho’ at me.

And the mother who told me that her daughter found people like me ‘hilarious’, and asked if I would like to perform at her birthday party.

These comments – which I have experienced out in public, as well as on social media – imply that dwarfism is just something to be ridiculed.

Of course, while people make these remarks to feel superior, for people with dwarfism like me, we are made to feel inferior.

I get frustrated that I cannot even leave my house without having to put up with an ignorant person’s views of dwarfism. I am a university lecturer, not a children’s entertainer.

I believe that pantomimes are partly to blame for fuelling the ignorant comments I receive about my dwarfism. 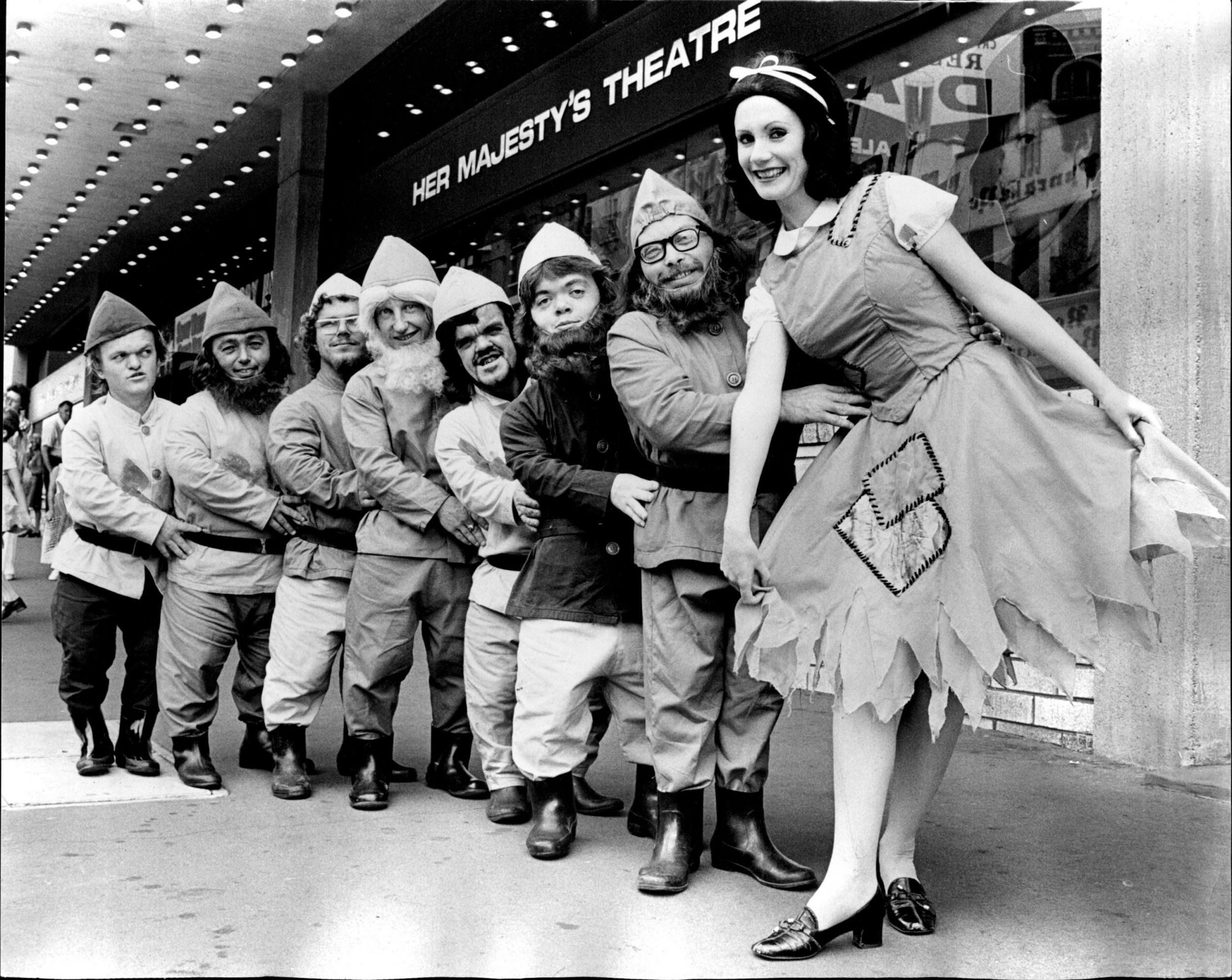 I recognise that this type of performance is a popular British tradition that countless audiences enjoy. But for others, like myself, it is a place where problematic stereotypes of minorities are reinforced and this has repercussions long after the curtain comes down.

Sociologist Tom Shakespeare – who has a form of dwarfism called achondroplasia – wrote in 2015: ‘Mostly, dwarf actors are to be seen at Christmas time, in the Snow White and Seven Dwarfs pantomimes around the country.

‘Sometimes I wish some Fairy Godmother would wave her magic wand and make them all disappear.’

He said that these actors are featured in pantos to get laughs from the audience – and I couldn’t agree more.

The pantomime version of Snow White is influenced by Disney’s 1937 animated film, where they are often seen acting silly, tripping over themselves and are laughed at by Snow White in several scenes. This constructs them as figures of fun, which encourages audiences to laugh at them.

Their clumsy antics reinforce their small stature as childlike and inferior, especially when compared to the beautiful Snow White and handsome Prince Charming.

Enticing the audience to laugh at the dwarfs is problematic as the attention is based on their condition.

The problem is, some people just don’t get the difference between fiction and reality. That means people with dwarfism like me are viewed in the same way and therefore seen as acceptable to mock.

A person with dwarfism is easily recognisable and if someone has no other point of reference to them other than the pantomime, their perception is likely to be shaped by the dwarf on stage. A person they are encouraged to gasp and laugh at.

So I think it is about time that a more up-to-date representation of dwarfs is provided. Actors with dwarfism should be cast in all sorts of roles, not just ones where our condition is central to our character. Especially when it’s used to mock us.

Those who say, ‘it is just a bit of fun’ or ‘you don’t have to watch it’ – which I often hear from average-sized people – often come from a position of privilege. They have probably never had to deal with the consequences of these problematic representations.

Even if I don’t go to see pantomimes – which I don’t – it doesn’t mean I won’t experience the repercussions. You might think that the show and the jokes within it are just a bit of harmless fun, but you’re it feels like you’re saying that we don’t deserve to be treated equally.

Yes, I have been asked this, and no, I am not the only one. My doctoral research found that other people with dwarfism have had the same experience.

I am not arguing for pantomimes to be banned indefinitely, but for performances to be altered in order to challenge long-held beliefs and stereotypes.

This doesn’t mean that the pantomime has to be devoid of humour. The audience should be encouraged to laugh with the dwarfs – such as towards the situation they find themselves in within the story – as opposed to the person’s size.

Performing a joke – rather than simply existing as one – aids in changing where the humour is directed.

Pantomimes need to move with the times. Outdated stereotypes of people like me exist only to further stigmatise us.

I long for the day when I can say: ‘Prejudice against people with dwarfism? It’s behind you’.

Metro.co.uk’s weekly The Truth Is… series seeks to explore anything and everything when it comes to life’s unspoken truths and long-held secrets. Contributors will challenge popular misconceptions on a topic close to their hearts, confess to a deeply personal secret, or reveal their wisdom from experience – good and bad – when it comes to romance or family relationships.