The system under which billions of dollars of grants are handed out to communities across Australia is irretrievably broken.

There’s no other conclusion to be drawn from the figures compiled by The Sydney Morning Herald and The Age that, grant by grant, electorate by electorate, show a community’s ranking on the electoral pendulum dictates its financial support. 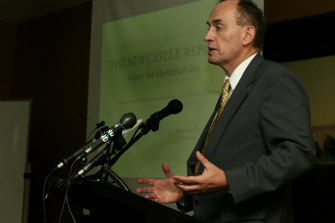 Pork-barrelling is not new. The term itself stems from the US Civil War era of the 1860s. But there is currying favour with voters and then there is the outright discrimination between electorates that these figures suggest has become an endemic part of the federal political system.

There is nothing wrong with handing out grants to deserving communities or organisations. In some cases, Labor-held seats have received ample funding, but our analysis shows overwhelmingly the cash flows in one direction.

There are groups in every electorate that are trying to protect their local environment, provide support services to the sick, look after the isolated, improve vital infrastructure or deal with a natural disaster.

And that’s the key point. There are deserving organisations or communities in every electorate, but a handful in electorates that just happen to be important on polling day receive far more than they deserve.

The claim by Finance Minister Simon Birmingham that ministers have a good understanding of community needs and consult broadly is laughable when compared to the findings of the analysis by The Sydney Morning Herald and The Age.

Lindsay, in play at the 2019 election, has attracted more than $23 million in grants.

Across the M4 and South Creek sits the seat of McMahon, which has an almost identical socio-economic background. But it is a safe Labor seat held by Chris Bowen. It managed to attract $651,000 in support.

Even more troubling is the situation facing the electorates of current Labor leader Anthony Albanese and his predecessor, Bill Shorten.

Among the nation’s 151 electorates, their seats of Grayndler (Albanese) and Maribyrnong (Shorten) received the third and fourth smallest allocations.

It was a different story for current and former leaders of the Liberal Party. Scott Morrison’s seat of Cook received more than $8 million, Tony Abbott’s former seat of Warringah was awarded more than $24 million while the seat held by Malcolm Turnbull, Wentworth, was showered with more than $32 million. 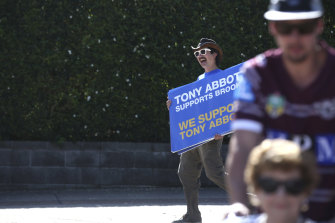 Free “trishaw” rides around Bondi, “insect hotels” or TVs so rugby fans can watch the Wallabies play in Europe may be worthy (all grants in Wentworth) but there is an opportunity cost from those decisions. And the opportunity cost is paid by the voters in other seats.

Not only have voters in prime ministerial seats been rewarded, those in the seats of opposition leaders appear to have been punished.

And it’s not just Labor-voting communities that have been disadvantaged.

Warringah had cash showered over it in the run-up to the 2019 election as the Coalition realised the danger posed by (ultimately successful) independent Zali Steggall. But in the neighbouring safe Liberal seats of Mackellar ($3.2 million) and Berowra ($4 million), the well ran dry.

Three seats, almost identical socio-economic backgrounds, and until 2019 all safe Liberal seats. But two of those electorates, and their residents, were treated very differently.

The Auditor-General’s office is already investigating or has completed reports into various grants programs put in place by the Coalition. Its report into sports grants and commuter car parks (which does not form part of this analysis) highlighted how these two programs were skewed along political lines.

Ultimately, all of this is taxpayers’ money. There is no getting away from the fact that for every grant given out to a favoured electorate or favoured organisation, national taxes have to be higher.

This is a country running a near $100 billion deficit and gross government debt on its way to $1 trillion.

The analysis of these 19,000 grants shows the current system is open to abuse and failing every taxpayer in the nation – even those enjoying the largesse.

Fascinating answers to perplexing questions delivered to your inbox every week. Sign up to get our new Explainer newsletter here.