Making a comeback! Following Chris Harrison‘s departure from the Bachelor franchise, Wells Adams reveals that he wouldn’t be shocked to see his friend branching out with a new project soon.

Not Just Chris Harrison! Bachelor Nation Hosts Through the Years

“I’m not him. I can’t speak for him. But I got a feeling that he’s got something up his sleeve,” Adams, 37, exclusively told Us Weekly on Monday, November 6, while promoting his participation with the Hilton Grand Vacations Tournament of Champions. “That’s my feeling. That something has been cooking with the old Harrison. I’m excited to see what he does.”

The former Bachelorette contestant noted that he has stayed in touch with Harrison, 50, and even received support amid his own hosting endeavors. 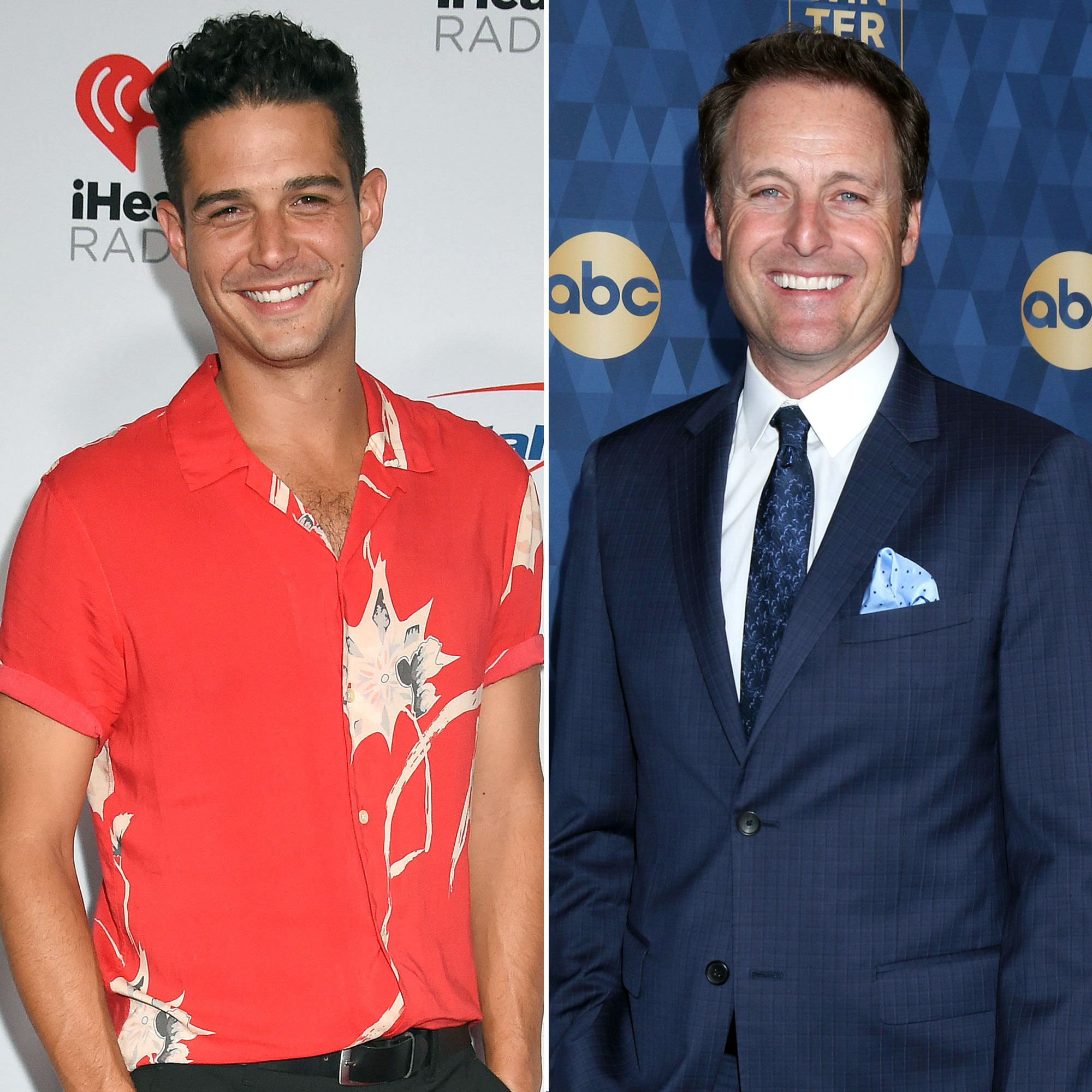 The longtime Bachelor host temporarily stepped down from the franchise in February after he supported contestant Rachael Kirkconnell‘s history of racially insensitive social media posts. He confirmed four months later that he would be departing the Bachelor franchise permanently.

Kaitlyn Bristowe and Tayshia Adams took over for Harrison as cohosts on The Bachelorette host for season 17 and season 18. In September, ABC announced that Jesse Palmer scored the hosting job on The Bachelor after originally appearing on the fifth season.

“For more than 20 years, The Bachelor has brought the world dozens of unforgettable love stories, including at one time, my own,” the sports commentator, 43, shared in a statement to Us following the news. “Falling in love is one of life’s greatest gifts, and I am humbled by the opportunity to return to the show as host this season to offer the newest Bachelor advice gained from firsthand experience and I am grateful to play a small part in his journey.”

Adams, for his part, shared that it “makes sense” that Palmer was offered the role due to his past experience.

How Chris Harrison’s Interview With Rachel Lindsay Led to His Exit: A Timeline

“I’m happy for him,” the California native said to Us. “We’ll see how he does. The Truth of the matter is that [these are] tough shoes to fill. Everyone was very accustomed to Chris doing that job. Also, like, change is hard for the audience. They understand that it’s going to be probably a weird thing for people to see. But I’ve met Jesse and I know him. He’s a wonderful dude, so I’m happy.”

Adams, who was promoted to “master of ceremonies” during season 7 of Bachelor in Paradise following his tenure as the show’s official bartender, also admitted that he wanted the Bachelor hosting job as well.

“Did I want to have the best job in the world? Yes. I wanted that job. Of course, I did. I told people, I told the heads of everything that I wanted that job,” the radio DJ added, noting that he wouldn’t mind taking over as host on BiP instead.

“I don’t know what the thought is on that. I think I should be. But I also still want to be the bartender because I think that job is more important than the host,” he explained. “I truly am embedded with them. So, we’ll see. I think it makes the most sense.”

For now, Adams is focused on the upcoming Hilton Grand Vacations Tournament of Champions that is set to run from Thursday, January 20 until Sunday, January 23 in Orlando, Florida.

“It’s really the best of the best [that will be playing] because you have to have won a tournament to get into this one. These women are going to be playing for a little bragging rights and a whole lot of money. Then there are a bunch of celebrity [players]. Well, I’m putting myself in air quotes because I’m not a celebrity, but they’ve allowed me to be playing with them amongst some real celebrities,” Adams joked. “So, it’s going to be a beautiful four days of women showcasing how great they are at golf and then a bunch of us showcasing how bad [we are].”

The experience will be a first for Adams, who considers himself a “pretty good golfer,” noting, “I grew up playing golf, but it is a big difference between going out and playing with your buddies and going out with a bunch of gallery people and cameras.”