The People’s Choice Awards were an exciting, star-studded event on Tuesday, Dec. 7, and pop star Christina Aguilera, 40, was a knockout at the event as she performed and received the first-ever “Music Icon” award. The singer stunned in a glamorous black dress, an outfit that included chaps, and a yellow dress while on stage and belting out her hit songs, including “Genie in a Bottle,” “Fighter,” “Beautiful,” and “Dirrty.” She got the crowd into the music and encouraged them to sing along.

Christina was also set to receive the Music Icon Award, presented by Becky G, during the ceremony, for her incredible achievements in the music industry. It was certainly a winning night for the star and she once again didn’t disappoint with her singing and her overall appearance at the award show.

The pop icon was also a vision at the recent Latin Grammy Awards on Nov. 18, when she looked like an all-star on the Las Vegas red carpet in a strapless black bustier style gown. The dress had a touch of drama with patent leather-style latex shrug with ’80s-inspired puffed up sleeves and gloves. Christina sported bright red hair for the event, with a slick ponytail and shorter layers framing her face. Her cleavage was also on display in the black number, with layered silver cross necklaces that matched the rings on her hand. 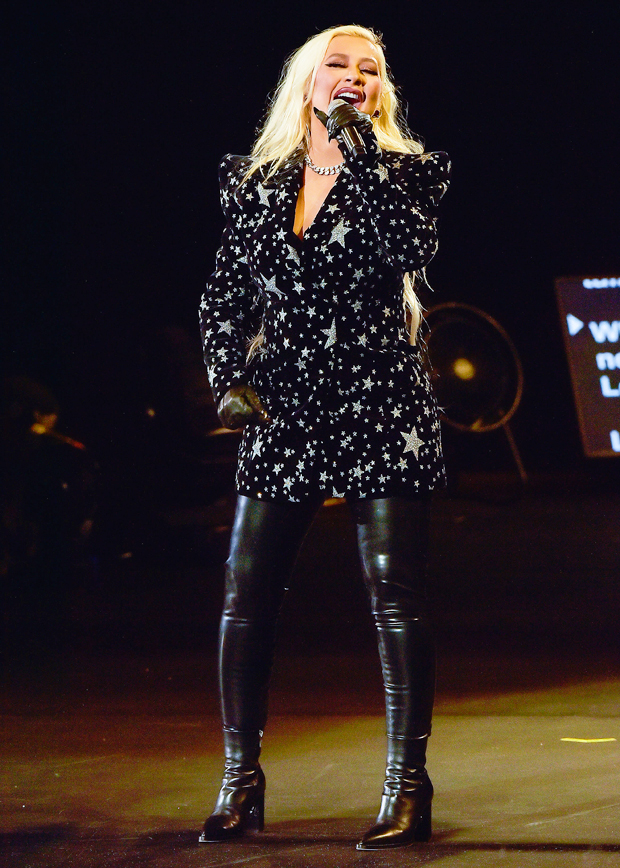 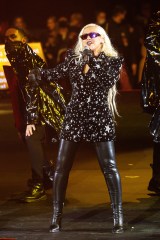 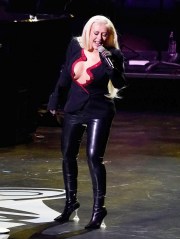 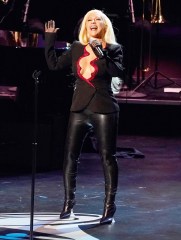 The “Genie in a Bottle” singer has definitely been quite busy these days, since, just the day prior to the Latin Grammys, she appeared on stage at the Latin Recording Academy’s “Person Of The Year” gala to perform a tribute for Latin music legend Rubén Blades, 73. For that event, Christina stunned in a plunging black blazer with red sequin trim, pairing the revealing top with fitted leather leggings and platform boots. For that style, Christina sported her signature blonde locks.

It’s never a dull moment being a Christina fan! We look forward to seeing what other kinds of styles she shows off at future events!