Australian Council of Trade Unions Sally McManus took to a closed Facebook group of some 4,700 union members earlier this week with a call to arms: “We really need your urgent help.”

The post to the Union Activist Network continued, “David Pocock is being inundated with calls from business leaders and owners to gut the Bill. We are competing with the pressure they are exerting. He is literally weighing up who to disappoint – workers or business owners.” 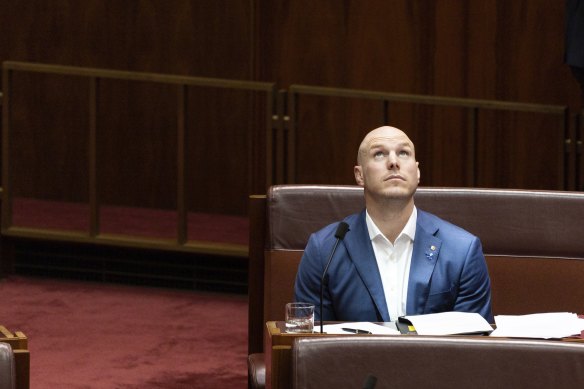 David Pocock has been subject to a campaign of influence from the union movement.Credit:Alex Ellinghausen

The message finished with a plea for those recruited in the battle to win the senator’s favour. “Can you pls redouble your efforts with him?”

Occupying the balance of power in the upper house, Pocock, the former Wallabies skipper turned independent senator, is the key to fulfilling the government’s ambition of passing its controversial multi-employer bargaining reforms in time for Christmas.

While employer groups warn the changes would reel businesses into unworkable deals and expose them to a greater risk of strikes, Labor and the union movement say the suite of changes in the Secure Jobs, Better Pay bill will unlock wage increases that cannot wait as inflation soars.

Pocock – who has earned a reputation for listening to all sides – is staring down pressure to decide on the legislation as the clock runs out on the 2022 parliamentary sitting year, believing the bill should be split to immediately pass the less contentious parts such as workplace gender equality reforms. 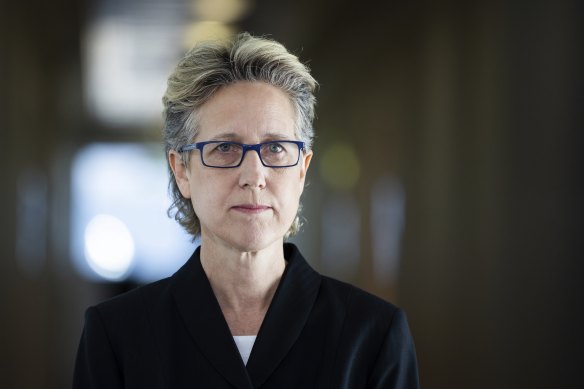 While the carefully spoken progressive, who was elected on platforms of integrity and climate action, has been digesting the mammoth bill, the union movement has been waging what it sees as a counter-war to win Pocock from the influence of industry groups and the right.

In that time, bouquets of roses have been delivered at the prompt of the ACTU to his office in the northern suburbs of Canberra. “Send David Pocock a rose,” the peak body said in an email to members.

Union members have been waving placards outside his shopfront office calling for a pay rise, handing out chocolates and even set up a fake dining scene to ask for higher wages to be on the menu.

Then there were the union members in t-shirts with slogans at Pocock’s town hall meeting with Workplace Relations Minister Tony Burke, who answered questions over the bill, while the senator fielded calls from workers for change.

In response to comment sought by this masthead about the call to action, McManus said: “Working people joining together as part of political campaigns is the only countermeasure we have to the vast wealth and political power of big business, who are pulling out all the stops to prevent this bill from passing.”

“I think he’s really grappling with it in a very serious manner and the IEU is hopeful the legislation will pass the house,” Northam said.

The IEU’s ACT vice president and teacher Angela McDonald this week posted a video to Twitter telling Pocock she and him had a lot in common, including their service to the community. 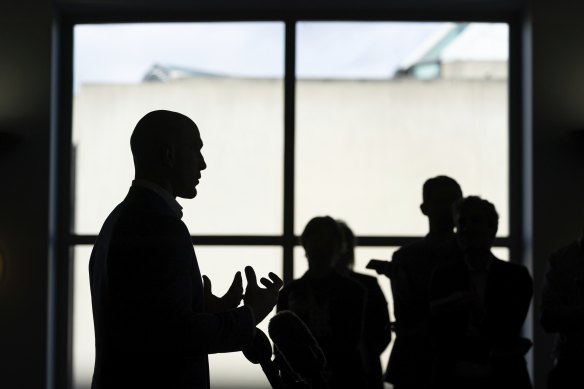 Holding a bouquet of flowers she said had been bought for the senator with the donations of community members, McDonald said, “we need bread, but we need roses too,” the two symbols of the union movement. “We need the basics, and we deserve real wages, dignity and respect.”

Pocock has met with the Australian Industry Group’s chief executive Innes Willox, who is staunchly against the bill, as well the Australian Chamber of Commerce and Industry’s Andrew McKellar, who shares similar concerns to Willox.

He has also met with Electrical Trades Union, the Maritime Union of Australia, the Media, Entertainment and Arts Alliance, the Australian Flight Attendants’ Association, and the Australian Council of Trade Unions – all this week.

On Thursday night he met with Burke again, as well as Prime Minister Anthony Albanese.

While everyone is talking about the Senator, he’s been holding his cards close to his chest. On Tuesday, he brushed aside suggestions he would back the government’s plans if they brought forward the final vote on the territory rights bill, which would allow the ACT to pass its own euthanasia bill, saying he had no plans to “horse-trade”.

The future of the IR bill looks like it will remain up in the air as parliament’s final week rolls around. Busy MPs of all political persuasions are jittery at the prospect of a third sitting week, anxious to head back to their electorates and their commitments in other states.

As for Pocock, he’s prepared to stare down all the lobbying and enjoy his home ground advantage.