With one day until the FIFA Women’s World Cup in France, Lucozade Sport has unveiled a new design to support the England’s team.

The iconic brand has put stars of the women’s football team on its bottles in support of the Lionesses campaign.

This comes ahead of Sunday where Phil Neville’s team will play their first World Cup match against Scotland.

It’s the first time the footballers have been featured on a Lucozade Sport bottle.

“We’re delighted to be using them to further increase awareness”

Claire Keaveny, head of marketing at Lucozade Sport, said: “We’re delighted to be using them to further increase awareness and interest in the women’s game.

“We’re proud to play our part in helping to make the England Lionesses household names and hope that they continue to inspire a whole generation of people to move.”

The special edition bottles are aiming to further increase awareness and internet in the women’s game.

Defender and captain Steph Houghton MBE and forward Nikita Parris can be seen celebrating on the bottles. 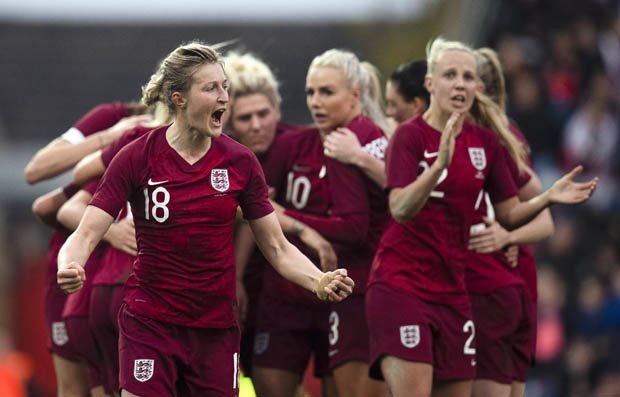 Available across the UK over the summer, the drinks will coincide with the FIFA Women’s World Cup 2019.

Lucozade Sport is the official sports drinks and hydration partner of the England Women’s and Men’s Senior Football Teams.