WORKERS could be fined up to £1,000 if they refuse to self-isolate under legislation designed to stop the spread of Covid-19.

Over the weekend new powers were given to police officers allowing them to fine workers at the Greencore sandwich factory where nearly 300 staff members tested positive for coronavirus last month. 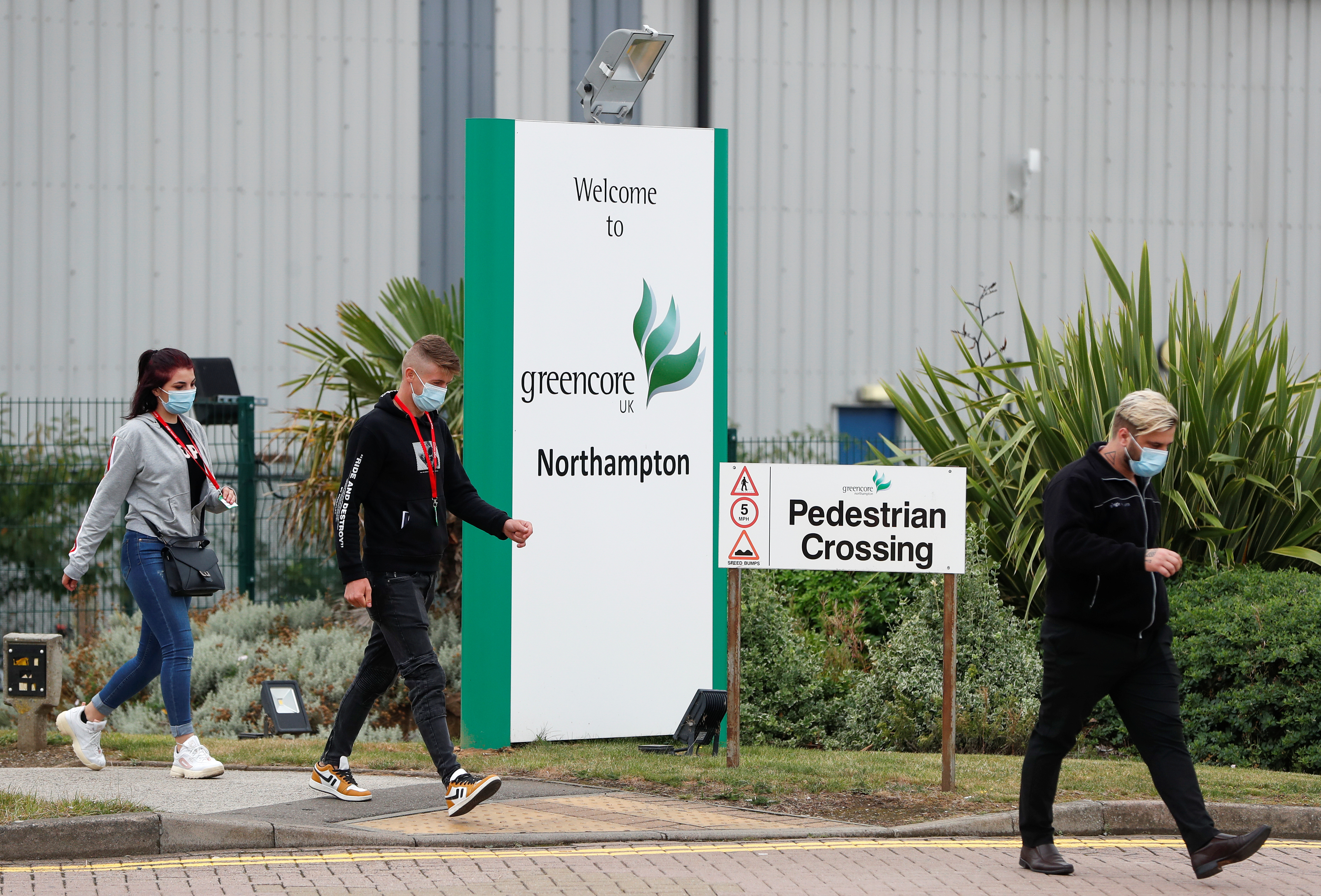 The law could be replicated to cover companies across the country if there are further outbreaks that need containing.

Greencore, the UK’s largest maker of pre-packed sandwiches, “voluntarily” closed its doors on August 21 after Health Secretary Matt Hancock issued an order that all its workers self-isolate for 14 days.

The company took the decision to proactively test its 2,100 workers as a result of a rise in cases in Northampton – and 292 tested positive.

After the news Mr Hancock promised police would be given extra powers to enforce the quarantine period put in place to contain the outbreak.

The new law made under Section 45R of the Public Health (Control of Disease) Act 1984 has given them power to;

Police are allowed to use reasonable force to return people to quarantine.

The Greencore outbreak caused Northampton to be classed as an "area of intervention" by Public Health England.

Mr Hancock gave police extra powers to enforce the lockdown, introducing fines of up to £10,000 for organisers of gatherings over 30 people.

He has also promised to provide “further action” if large outbreaks continue in cities, factories and workplaces.

In June, Leicester was put into the UK's first local lockdown after a worrying spike saw Public Health England identify 2,987 cases — with 866 in just two weeks.

The shocking numbers meant that the city accounted for 10 per cent of all coronavirus cases in the UK at that point.

The outbreak was traced back to food processing plants and clothing factories.

Food factories around the world have seen a higher rate of Covid-19 outbreaks, due in part, to the cold and cramped working conditions experts say.

Yesterday nearly 100 workers at a chicken factory in Norfolk tested positive for Coronavirus.

In June in Wrexham, Wales, there was an outbreak of the deadly bug at the Rowan Foods factory after it reported 166 positive cases.

And another 165 cases were recorded at a Kober meat factory in Cleckheaton, West Yorkshire.

In Germany an abattoir was linked to an outbreak of 1,500 Covid-19.

A further 360,000 in the surrounding area were put on lockdown.

Debenhams could go bust if it doesn't find a buyer by the end of today.

How to get 48 days off work until next Christmas by taking just 18 days of annual leave.

Now Eat out to Help out is over – the deals chains are offering in September including Harvester, Toby Carvery and Pizza Hut.