WHEN it comes to family fun this Christmas, there’s no shortage of superb events across the UK. 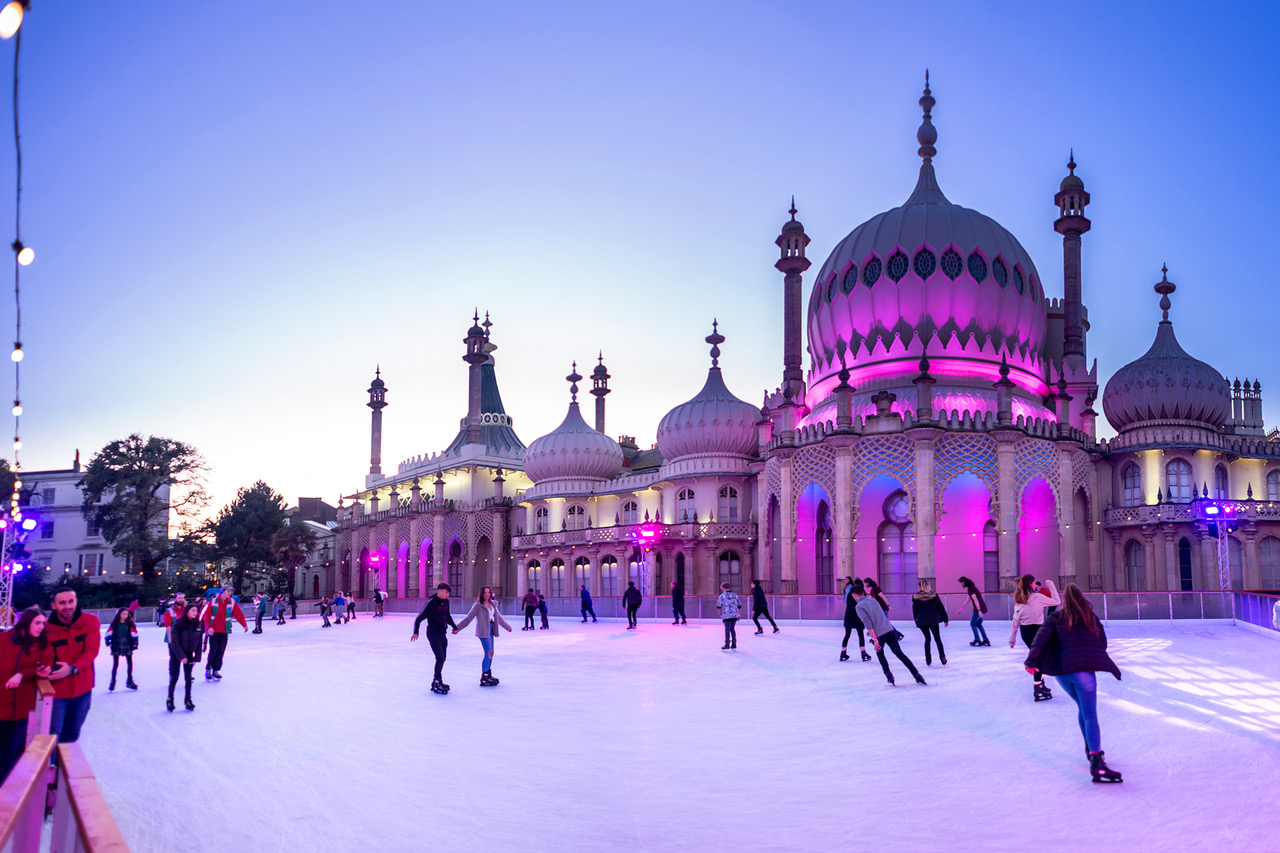 ONE of the largest rinks – for 250 skaters – is in the gardens of Brighton’s Royal Pavilion.

There are penguin stabilisers for youngsters, mulled wine and hot chocolate for the adults. Open until January 9, tickets from £10. See royalpavilionicerink.co.uk. 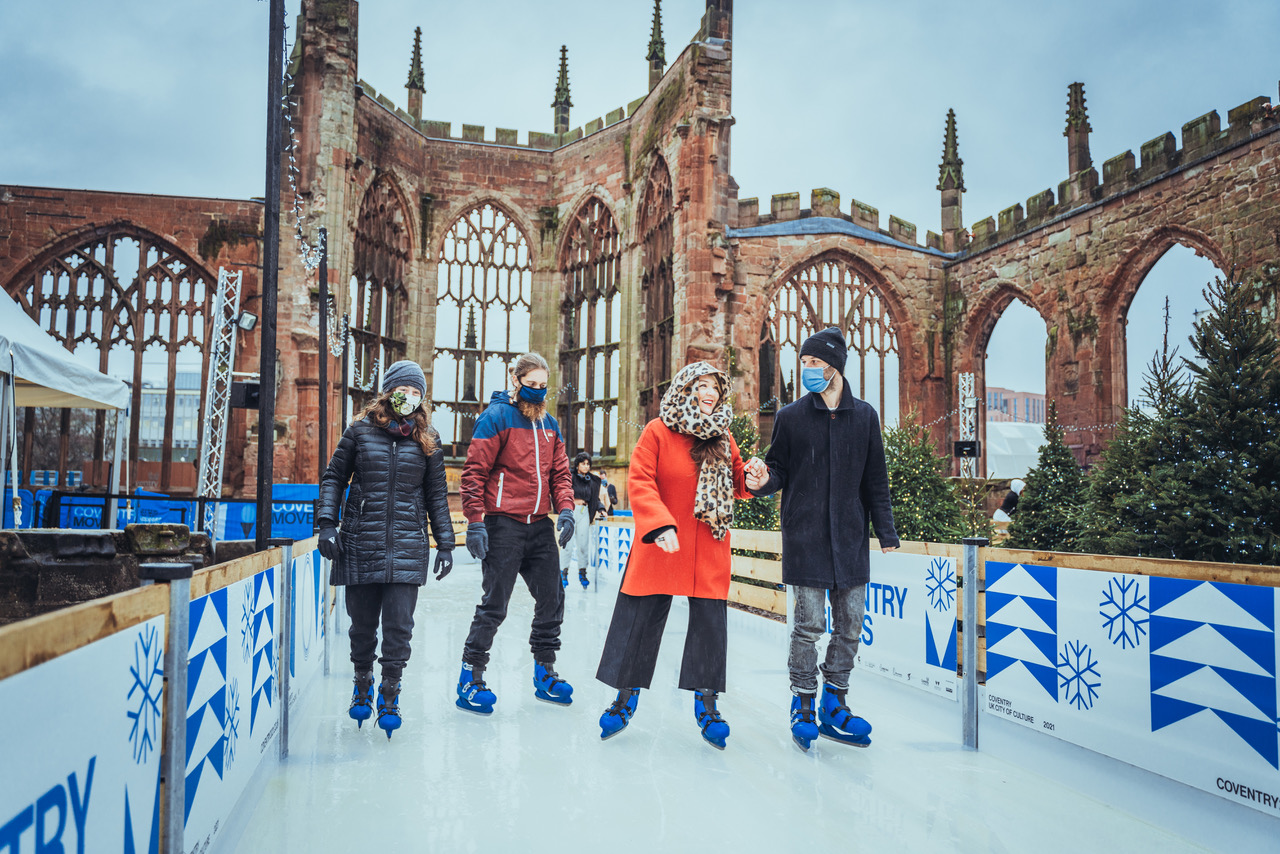 An ice rink is included in the Eden Project Christmas experience with 40-minute sessions costing £8 per adult and £7 a child. The global garden in Cornwall has turned one of its tropical biomes into a winter wonderland, with a big band orchestra and light displays. Selected dates to December 24. Ice rink open until February. See edenproject.com.

It’s just £5 for one hour of skating at Coventry Glides in the middle of the cathedral ruins. Open every day until January 9. See coventry2021.co.uk.

Festive food and drink is on offer at Edinburgh’s Lidl on Ice, on George Street. Open until January 2, tickets from £6. See edinburghschristmas.com.

STEP through the wardrobe into the mystical land of Narnia at Castle Howard in North Yorks.

Dozens of trees there include a 28ft spruce decorated with 2,000 sparkling icicles and snowflakes, beneath the Great Hall dome. Open until January 2. Adult from £19.50, child £12.50. See castlehoward.co.uk. 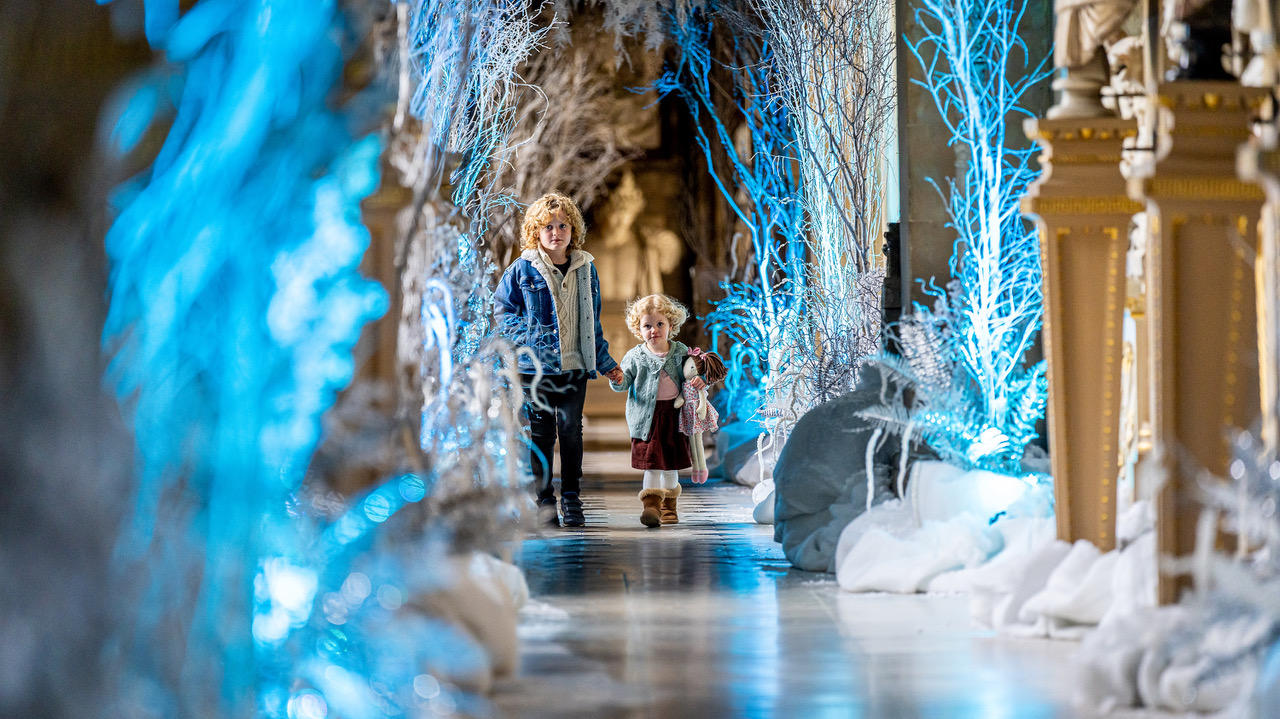 Experience a Victorian Christmas as costumed servants prepare for the celebration in Palace House at Beaulieu in Hampshire.

The elaborate rooms are festooned with decorations including a 20ft tree. Enjoy carol singers, mince pies and hot chocolate and look out for Santa driving one of Beaulieu’s vintage cars. From December 18 to January 2, closed Christmas Day. Adults from £23, children £12, under-fives free. See beaulieu.co.uk. 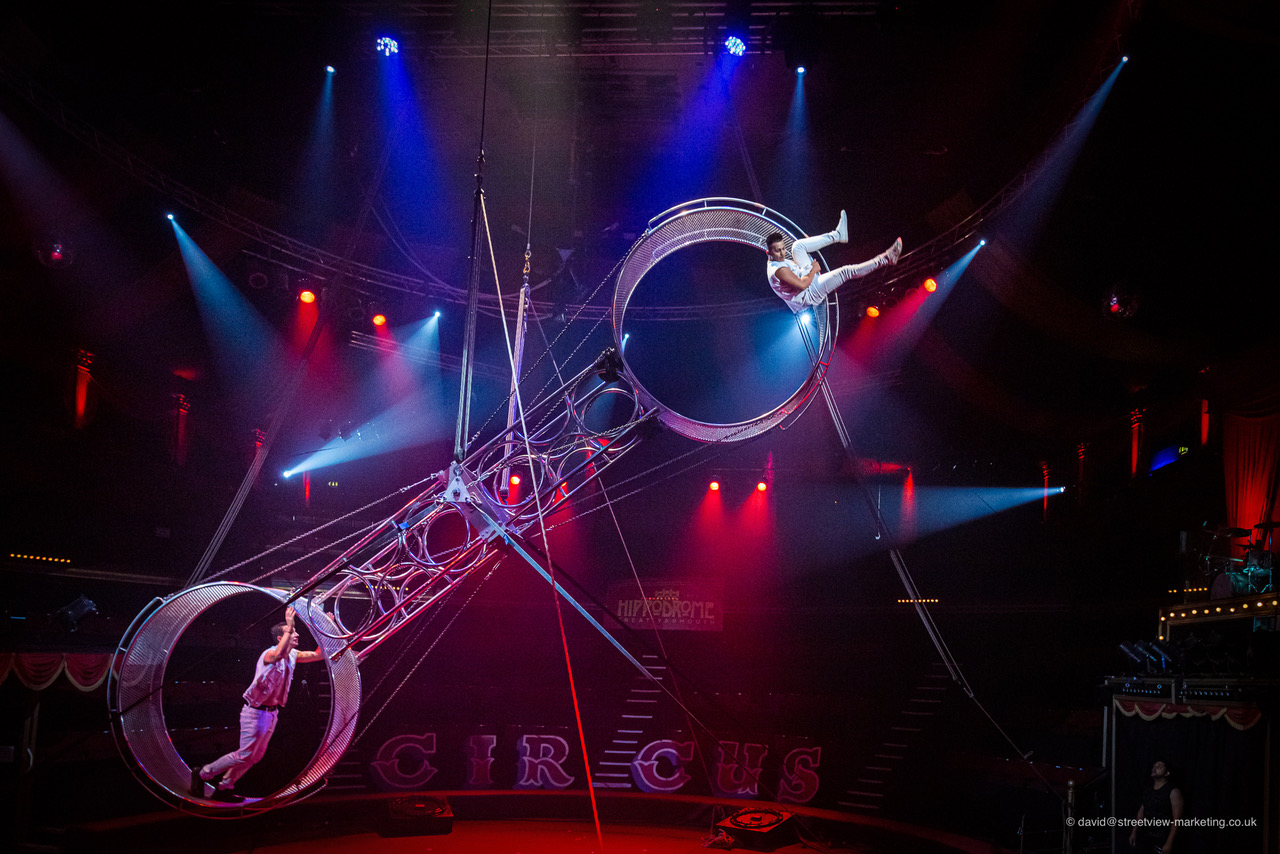 For an end-of-the-pier Christmas variety show of comedy, dance and magic head to Cromer in Norfolk. Until December 30, adults £26, children £10, see cromerpier.co.uk.

Don’t be a Scrooge, go and see actor Mark Gatiss – who starred in Doctor Who and The League Of Gentlemen – in the cast for A Christmas Carol: A Ghost Story at London’s Alexandra Palace. Runs until January 9, tickets from £16. The palace also has a grotto, ice rink and cafe serving mulled wine and mince pies. See alexandrapalace.com.

All the colours of the rainbow are lighting up Fountains Abbey, North Yorks, during Music And Lights on selected dates until January 2. Walk beneath the vaulted ceilings to hear live bands and choirs. Entry to the abbey and Studley Royal Water Garden costs £17 for adults, children £8.50. See nationaltrust.org.uk .

SANTA’S pressing his own money now and has set up shop in The Royal Mint Experience.

The home of coins in Llantrisant, South Wales, has transformed into a magical workshop with a 16ft tree, 6ft Nutcracker and hundreds of baubles and lights. 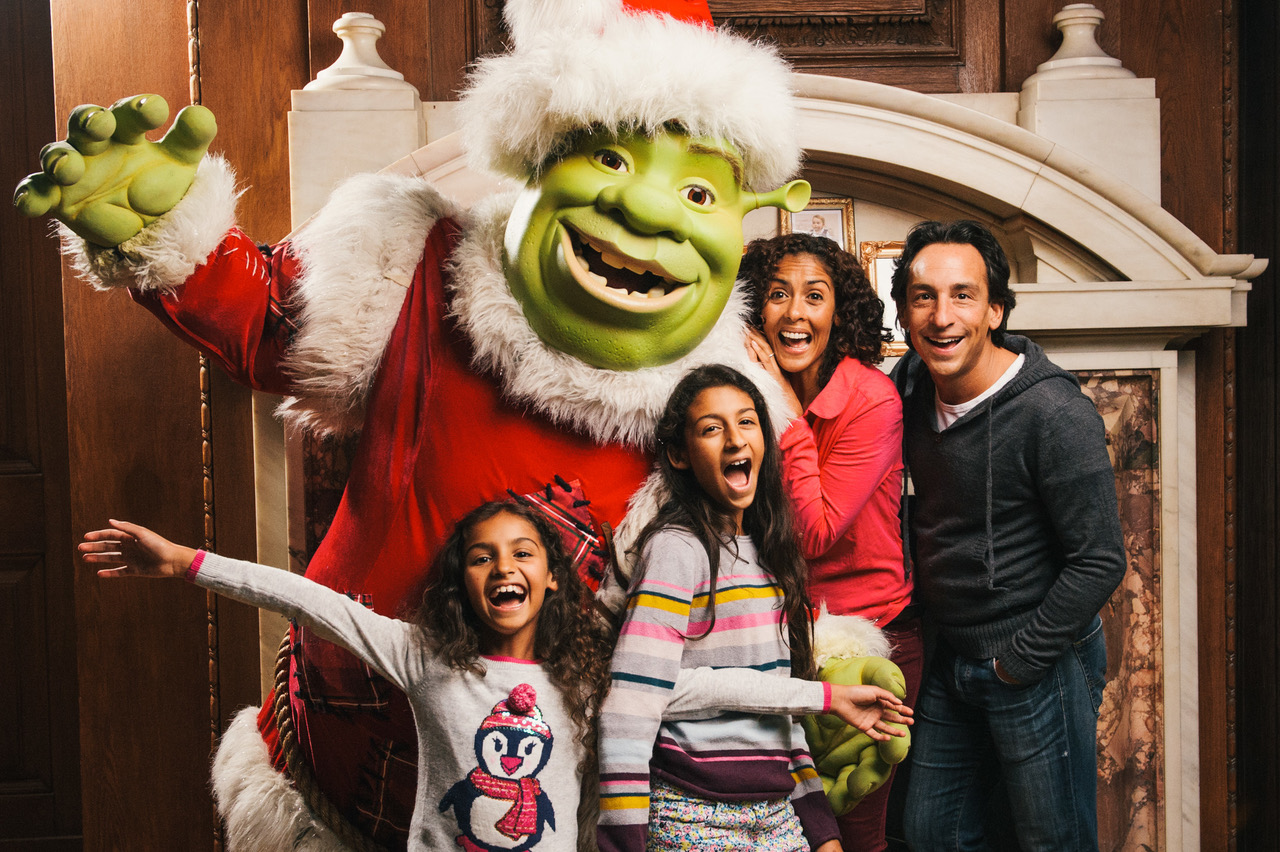 The experience is inspired by the traditional practice of popping sixpences into Christmas stockings and puddings.

Families can strike their own 50p featuring The Snowman before exploring the 1,100-year history of the Mint. Open until December 24, tickets £15. See royalmint.com.

The snow is falling at Blackpool Pleasure Beach’s grotto. After meeting the big man and his elves, kids are given a gift, hot drink and a go on the Alice In Wonderland ride. Open until December 24. Child £15.99 with two adults allowed in free. See blackpoolpleasurebeach.com.

Shrek has got in on Santa’s act at Shrek’s Adventure! on London’s South Bank. Guests who visit on selected dates until December 24 can venture through the grotto, pose for pictures and get a candy treat. Adult from £24, child £19.20. See shreksadventure.com.

THE UK’s tallest singing Christmas tree is a highlight at Longleat safari park. 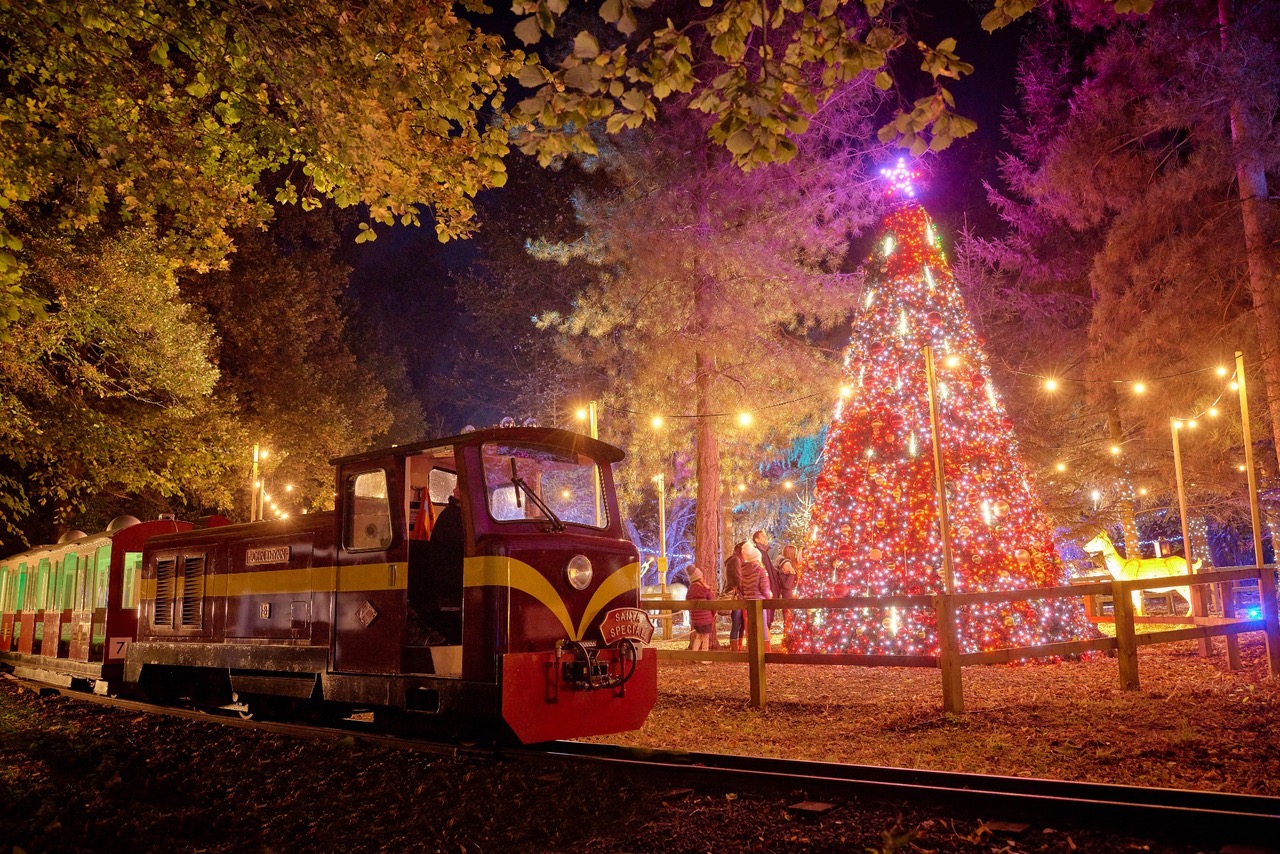 Peppa Pig has a giant musical tree at her home, Paulton’s Park in Hampshire, which has been transformed into a wonderland with a snow princess and Christmas wish show. Selected dates until December 23. Tickets £33.50. Kids under 3ft free. See paultonspark.co.uk.

Join Santa’s elves in their workshop and walk through an enchanted Christmas tree forest before tucking into treats at the chocolate factory at Camel Creek Adventure Park in Cornwall. Tickets £15.95. See camelcreek.co.uk.

THERE are still Christmas cottages to rent for all sizes of families. Garth Cottage for four, set in 50 acres on the edge of Eden Valley at Tottergill Farm in Cumbria has a fire, hot tub and fabulous views. A week from December 22 costs £1,380. See premiercottages.co.uk.

Away Resorts is offering great Christmas deals including a break at Mill Rythe on Hayling Island, Hants. 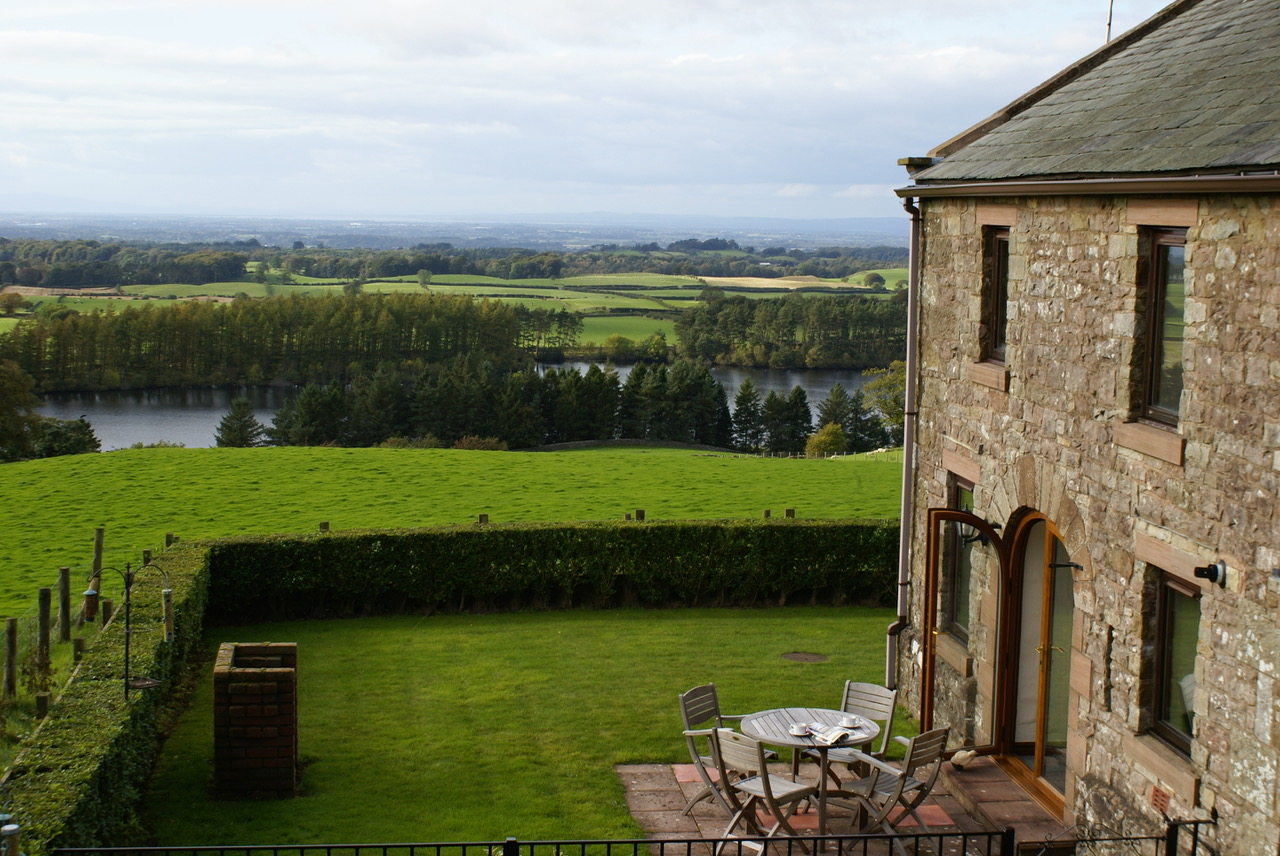 There are themed activities for kids, entertainment, festive meals, an indoor pool and new lounge bar.

Three nights’ self-catering in a Burst of Blue lakeside cabin with hot tub, sleeping seven people, from December 24, costs from £377. See awayresorts.co.uk. Or curl up in the snug Lyme Grass cottage in the village of Bamburgh on the Northumberland coast.

There’s loads of festive fun to be had at the nearby castle, which has been transformed into a winter wonderland for December, including reindeer feeding sessions for little ones.

Seven nights’ self-catering at the four-person house is from £713 in December.
See crabtreeandcrabtree.com.

SHOP ’til you drop while surrounded by a million twinkling lights and serenaded by festive music at Blenheim Palace.

The Oxfordshire stately home provides the backdrop for Christmas market wooden chalets, along with food, drink and crafts. 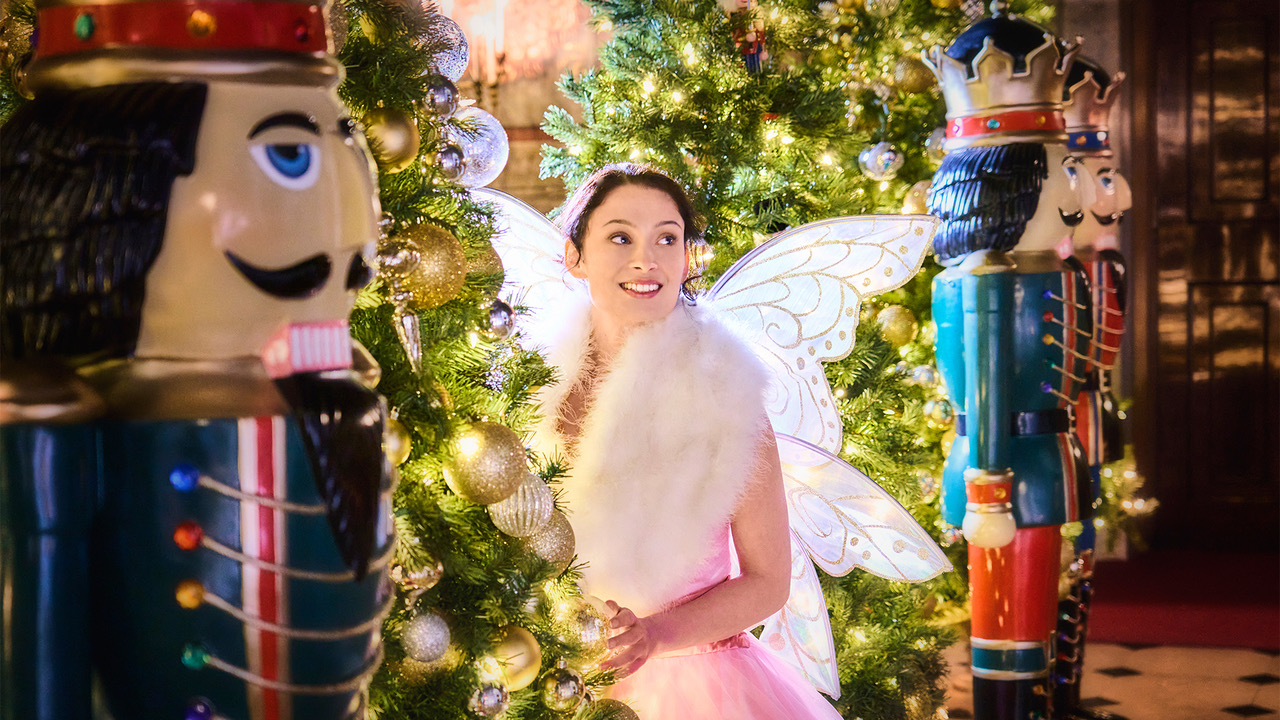 There’s also an amazing light trail, and the palace’s state rooms have been transformed into scenes from The Nutcracker. Combined tickets from £30. Market is free, £10 parking. See blenheimpalace.com.

The new Made In East Yorkshire Christmas Market is in Beverley from December 13-17, showcasing the region’s best food, drink, crafts and gifts. There’s also a Saturday Victorian market with fairground rides and brass bands. See beverleyfestivalofchristmas.co.uk.

Manchester Christmas markets, with a huge range of goods and international food, are taking over six city squares until December 22. You won’t be able to miss the 40ft Santa in St Peter’s Square.

The city also has a new family-friendly attraction, including light sculptures, in Piccadilly Gardens until January 3. See visitmanchester.com.