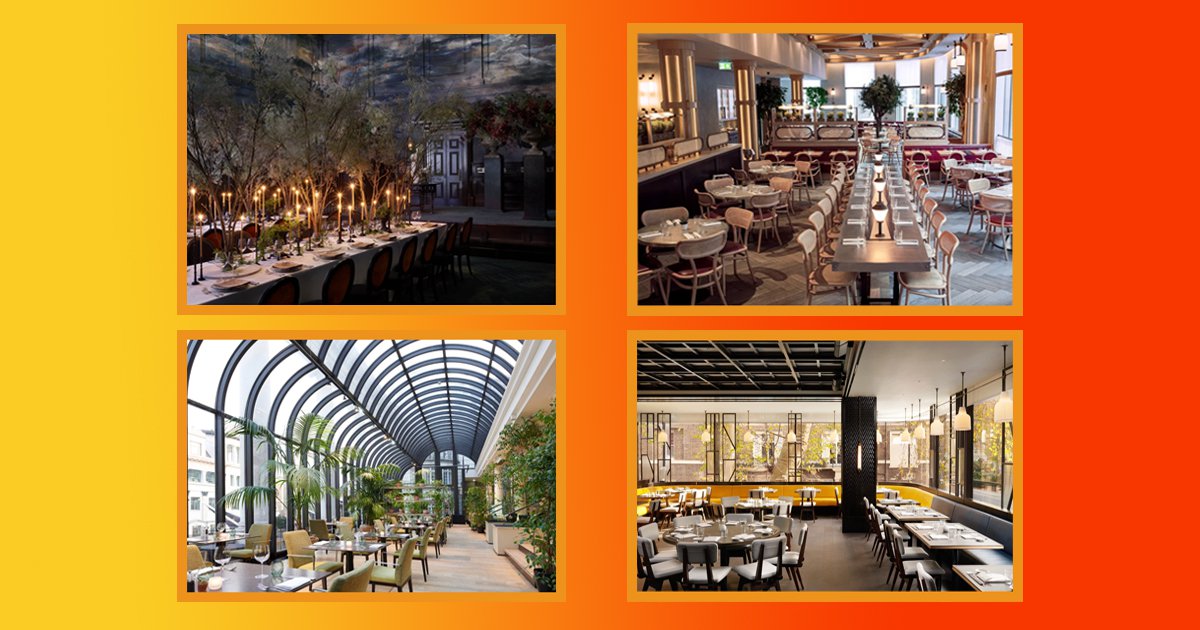 If you could stay at your dream hotel, what would the vibe be?

Whatever the aesthetic, now’s your chance.

As most international tourists are not allowed in yet, it seems only fair that Brits make use of the capital’s swankiest hotels instead.

So as part of of the brand new tourism initiative Let’s Do London, London hotels are throwing open their doors so even the locals can sleep over in style.

Take your pick of our favourites below.

The vibe: Boho elegance. This Grade II listed former magistrates’ court has enhanced its refined, 19th-century architecture to create the feel of a modern country estate in the city, complete with library, a vast atrium-ceilinged restaurant and rich decor. It’s the first UK outpost from the US boutique hotel firm.

The rooms: There are 91, all beautifully furnished, with details such as pastel-coloured raw silk lampshades and copper roll-top baths.

Not staying over? Perch on a leather barstool in their stylish take on the British pub, Side Hustle, and order a signature agave-based cocktail.

The vibe: Stealth-wealth chic. London’s second Nobu hotel is clad in glass and steel, its interiors lined with soothing neutral colours and minimalist artworks, using materials from singed paper to mother-of-pearl. There’s a gym, a pilates studio and a stylish bar.

The rooms: There are 249 of them – including 42 suites – over 11 floors. Monochrome Japanese prints enhance the Zen-like feel.

Not staying over? Head to the excellent restaurant, overseen by exec chef Nobu Matsuhisa, and try out fresh sushi and signature dish miso black cod.

The vibe: Slick and cosmopolitan. The building dates to 1908 but inside lie stylish touches like a hammered-copper reception desk and a modern take on the palm tree court. The Health Club boasts one of London’s biggest indoor luxury pools and there will be a regularly changing pop-up restaurant, a bar and an indulgent spa.

The rooms: Many of the 255 bedrooms and 28 suites have views over Regent Street or Piccadilly. Walls are done in dark tones, contrasting with bright furniture.

Not staying over? Visit its dance studio, wherein you can learn the likes of Latin, smooth and ballroom.

The rooms: The number has been reduced from 216 to 186 to create a selection of suites, some with balconies overlooking Cadogan Place Gardens.

Not staying over? Book a day pass to the beautifully revamped Peak Fitness Club & Spa and take a dip in the superb sky-lit, 20m pool.

The vibe: Big and bold. Set right on Leicester Square, it’s aiming at those who want to be in the thick of the action. Styled as a ‘super-boutique’ hotel, it sprawls over 16 storeys – the lowest level is 30m underground – and has six bars and restaurants, a gym, spa and ballroom.

The rooms: There are 350, decked out in neutral tones with interesting art. Some have pops of teal or slate blue in the bathroom.

Not staying over? Zip up to the eighth-floor rooftop bar, which serves contemporary Japanese plates and cool cocktails, and also features a firepit you can huddle round when the temperature dips.

Not staying over? Spend the evening at the bar, Tavla, where DJs spin vinyl, and you can play backgammon while scoffing Middle Eastern flatbreads washed down with Turkish coffee.

The vibe: Like staying in the home of a rich, art-collecting aunt. Patterns and prints abound, alongside intense colours, marble accents and sensuous, low-key lighting.

The overall feel is inspired by its location on Half Moon Street, the setting for Oscar Wilde’s play The Importance Of Being Earnest. The bar, therefore, is aptly named The Dandy.

The rooms: Divided between 15 Georgian townhouses, the 172 rooms vary in size and shape. A cosy feel is enhanced by navy and slate blue tones, luxurious velvet headboards and underfloor heating in the bathrooms.

Not staying over? The hotel has more than 100 pieces of specially commissioned artwork, from Alfie, the Swarovski-crystal studded peacock in the lobby, to the digitally enhanced photography hung around the corridors and public spaces. Ask the concierge to talk you through it before heading to the elegant Club Room for a spell of remote working.

Have you been missing art galleries as well? Check out these exhibitions….

David Hockney: The Arrival of Spring

The cult artist presents a collection of 116 works originally created on his iPad then printed on paper, capturing the light and beauty of the blooming season from his home in Normandy.

Practically everyone wears them, so much so that they’ve become a $80bn global industry. This fun exhibition charts how trainers became big business, by way of cult icons from Run-DMC to Kanye West, and brands like Converse, Puma and Nike.

The Art of Banksy

The world’s largest touring collection of the elusive artist’s works hits the UK. It showcases over 100 pieces, including the rarely-seen Brace Yourself (featuring a dodgem-riding Grim Reaper), alongside iconic favourites such as Girl with a Balloon and Rude Copper.

For more inspiration on what to do in the capital, go to visitlondon.com/letsdolondon. Hotel Week London, featuring deals and discounts on a range of hotels, runs from May 28 to June 6.

Get in touch at metrolifestyleteam@metro.co.uk.