No matter how much I travel, the stress of having to pack my entire life up into a tiny bag for a few days never really goes away. I still get flustered whenever my bag gets pulled at TSA, I start twitching if I get to the airport less than two hours before my flight, and don’t even get me started on planning itineraries. But despite all of this, I planned a last-minute birthday trip to Seattle with my boyfriend, and it was by far the best birthday celebration I’ve had in a long time.

Both my boyfriend and I travel and work a lot, but we blocked off the weekend before my birthday to spend time with each other. We floated around ideas of maybe going to Vegas, or Northern California, or even Alaska — but none of those ideas seemed to pan out based on what we thought was feasible within our budget and what we would be able to do within a weekend.

We finally decided on Seattle, but didn’t book anything or plan out an itinerary until literally the week of the trip. Miraculously, it all worked out, and I have a few tiny details to thank. 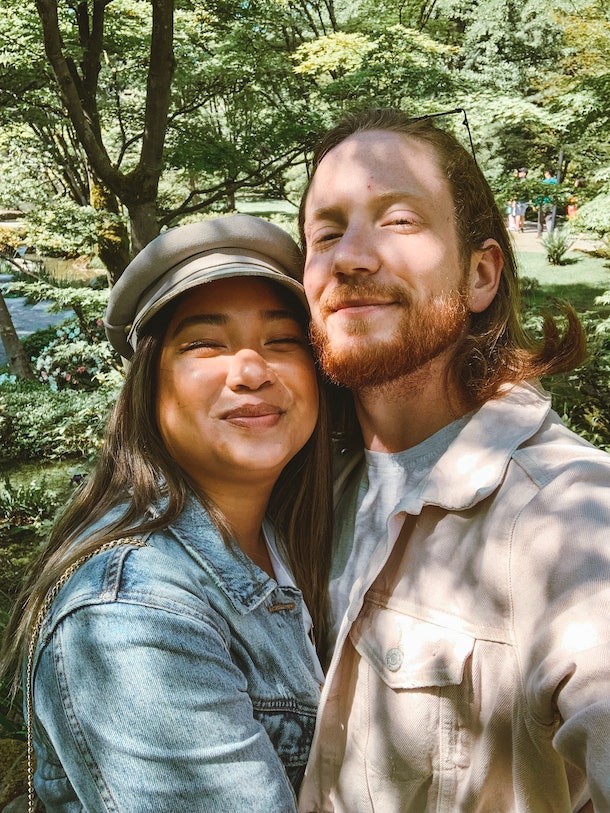 My boyfriend had a ton of miles saved up on Alaska Airlines, so we picked the destination based on where we could get direct flights on Alaska from Hollywood Burbank Airport, which is the closest one to our apartment. I wanted to go somewhere both of us had never been, which ruled out the Bay Area and Portland, Oregon. Anchorage, Alaska was too far, so we decided to head to Seattle.

Another big part of the planning was making sure we were in a central location for all the things we wanted to see. I knew that I wanted to explore a lot of the Instagrammable spots — especially Pike Place Market, Smith Tower, and Capitol Hill — and my boyfriend wanted to see all of the landmarks of the ’90s grunge rock bands from the area, including A Sound Garden and Kurt Cobain’s benches in Viretta Park. 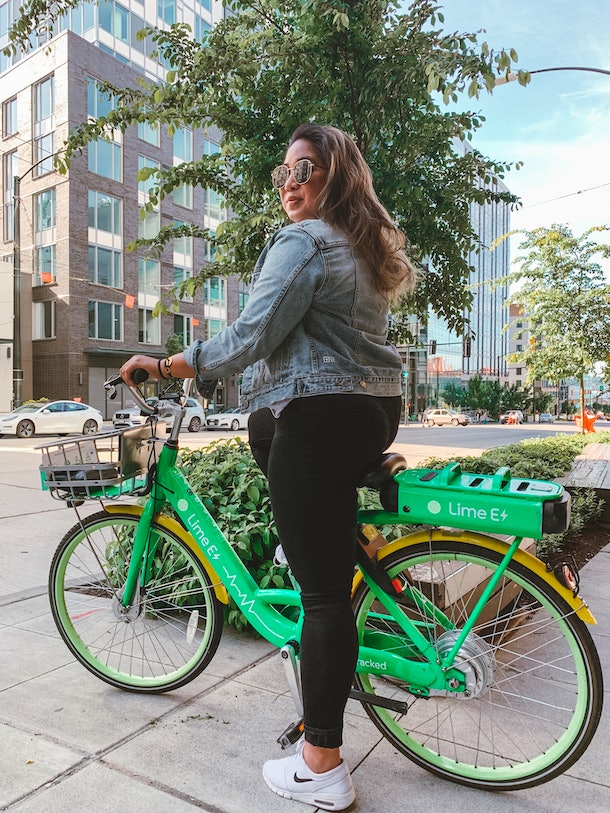 We chose to stay at the Thompson Seattle because of its optimal location. It’s right across the street from Pike Place, and just on the edge of the border of where you’re allowed to take Lime bikes. If you’re not familiar, Lime has ride share bikes and electric scooters that you unlock via their app. You can take them anywhere that isn’t marked in red on the map in the app, and the Thompson was just outside the red zone around Pike Place. Bikes were easily available to us right outside our hotel. We used the bikes to get around all of downtown and beyond.

My boyfriend also rented a car for the weekend so that we could get to the landmarks that were a little further away. The city is geographically pretty small, so we never had to drive too far to see the things we wanted to see. In addition to the rock music monuments, we visited the Japanese Garden and took a walk through the National Oceanic and Atmospheric Administration’s campus. 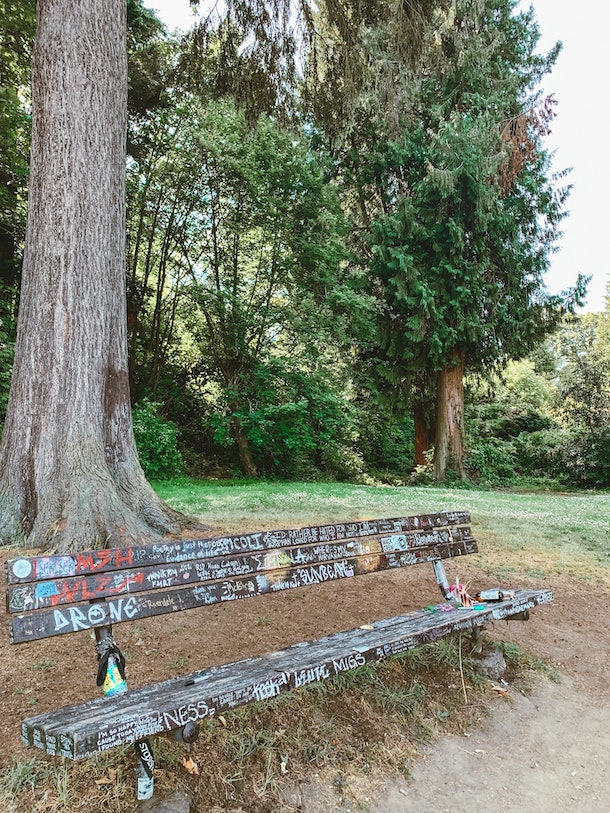 Of course, a huge part of any trip is the food, and we were ready to try any and all of Seattle’s best. The Thompson has a gorgeous restaurant inside called Conversation, which has some seriously beautiful and creative food, including a foie gras mousse. Top that off with some killer cocktails from their bar, and we couldn’t have had a better meal.

Seattle has pristine seafood, and being the huge seafood eater I am, I couldn’t pass up a chance to dine at RockCreek, which came up in every search of "best seafood Seattle" that I ran. Not only are the raw dishes incredible — the oysters were some of the best I’ve ever had — but everything’s beautifully presented, and the restaurant features some creative takes on traditional dishes, like shrimp and grits. (Being from the South, I’m super picky about my shrimp and grits, and the plate from RockCreek was absolutely fabulous.) 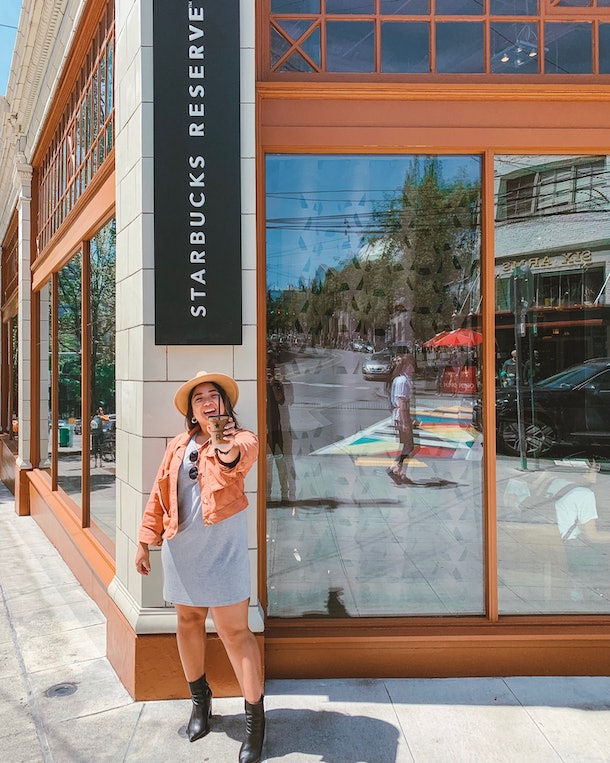 This trip made me realize that planning a last-minute trip isn’t too bad, as long as you focus on a few key details. We used airline miles to book our flights, which helped us cut down on costs. The location of our hotel was key to making sure we were in the middle of everything we wanted to see.

We were able to bike around the downtown part of the city, so we didn’t have to worry about parking our rental car, and used the car to get to the parts further out. We also researched our top picks of things to visit, and planned our days accordingly. And of course, as much as I normally hate doing this, we allowed some things to be left up to chance.

One of the most memorable parts of the trip was when we were looking for a place to watch the Bruins game. We happened to stumble upon Bar Harbor, a bar that was streaming it on a huge screen with the sound turned up. The bar has clam chowder and New England style lobster rolls on the menu — so my boyfriend felt totally at home and we were able to watch the game in a fun setting. 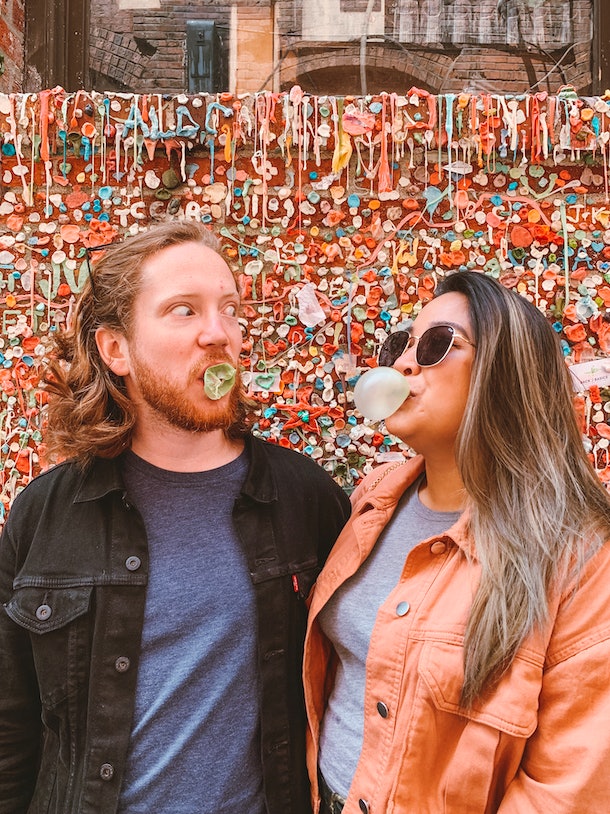 I couldn’t have been more thrilled with how my birthday trip turned out. Even though I always stress about traveling and absolutely hate planning things at the last-minute, I have to say, I think we did a pretty good job. So text time you’re planning a last-minute getaway, keep my tips in mind. You definitely won’t regret it.