NEW images have revealed a town which looks like it is made of LEGO with multi-coloured houses and buildings.

Comfort Town in Ukraine, found in the capital of Kiev, was created to brighten up the former grey Soviet buildings from the 1950s and 1960s. 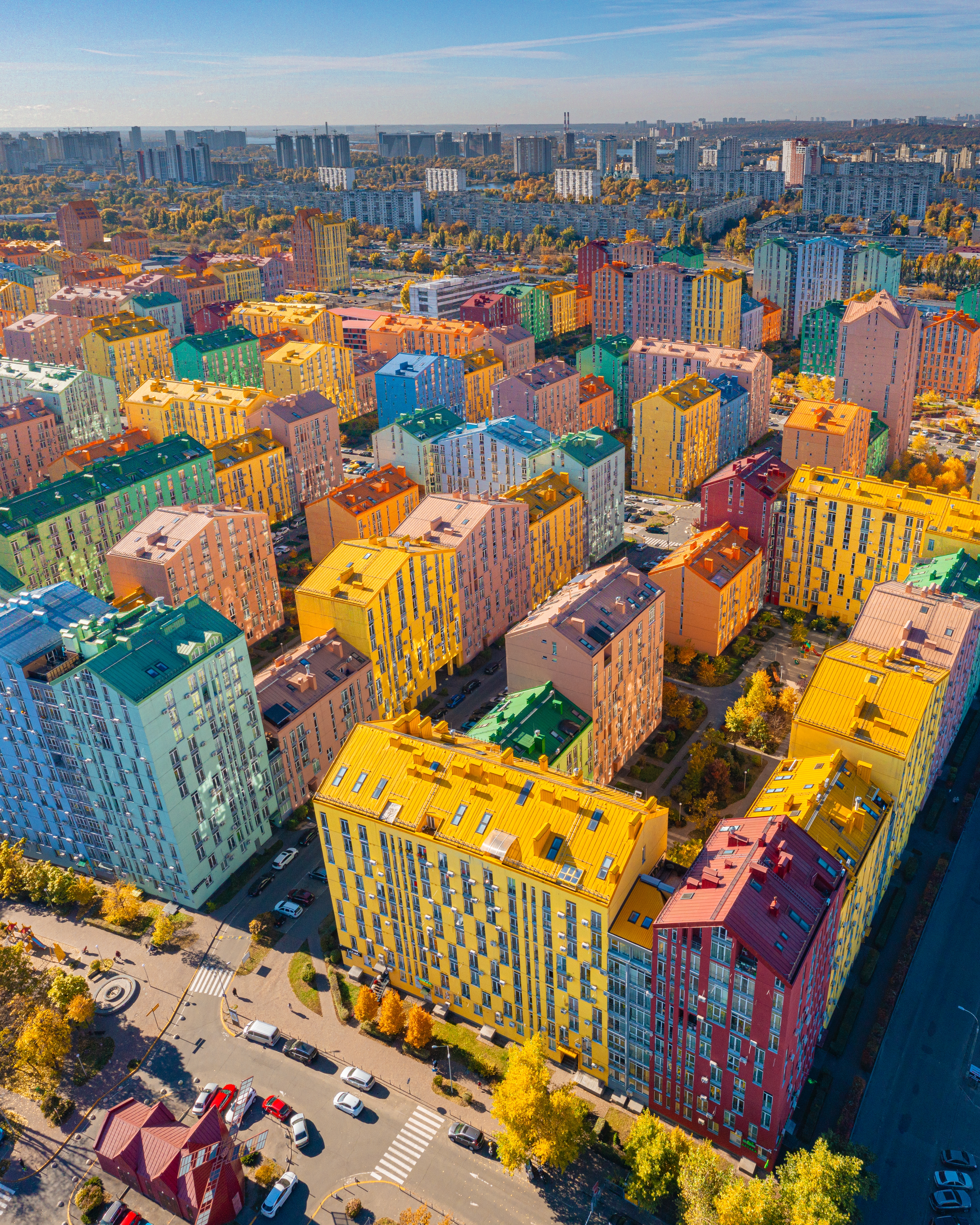 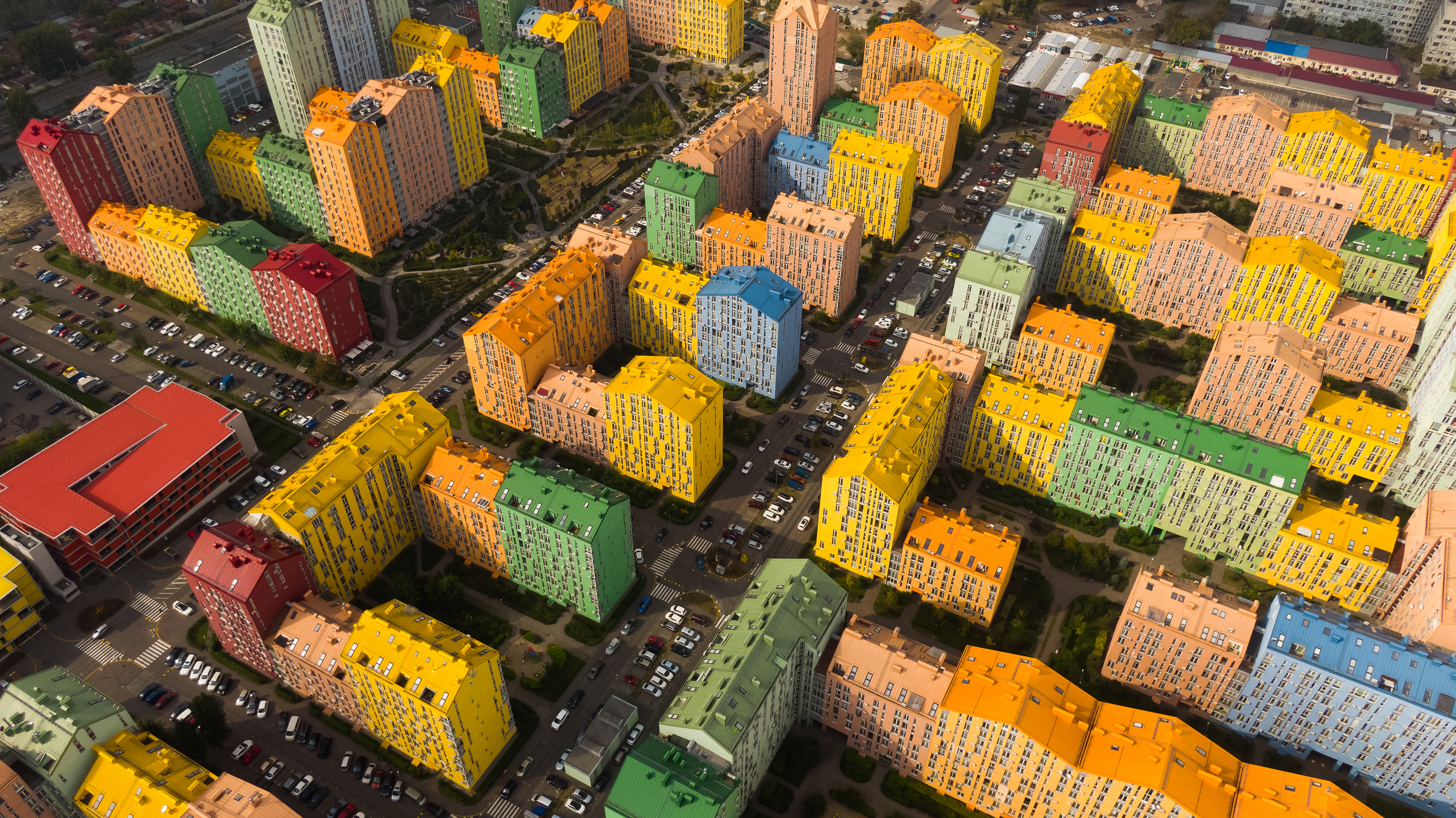 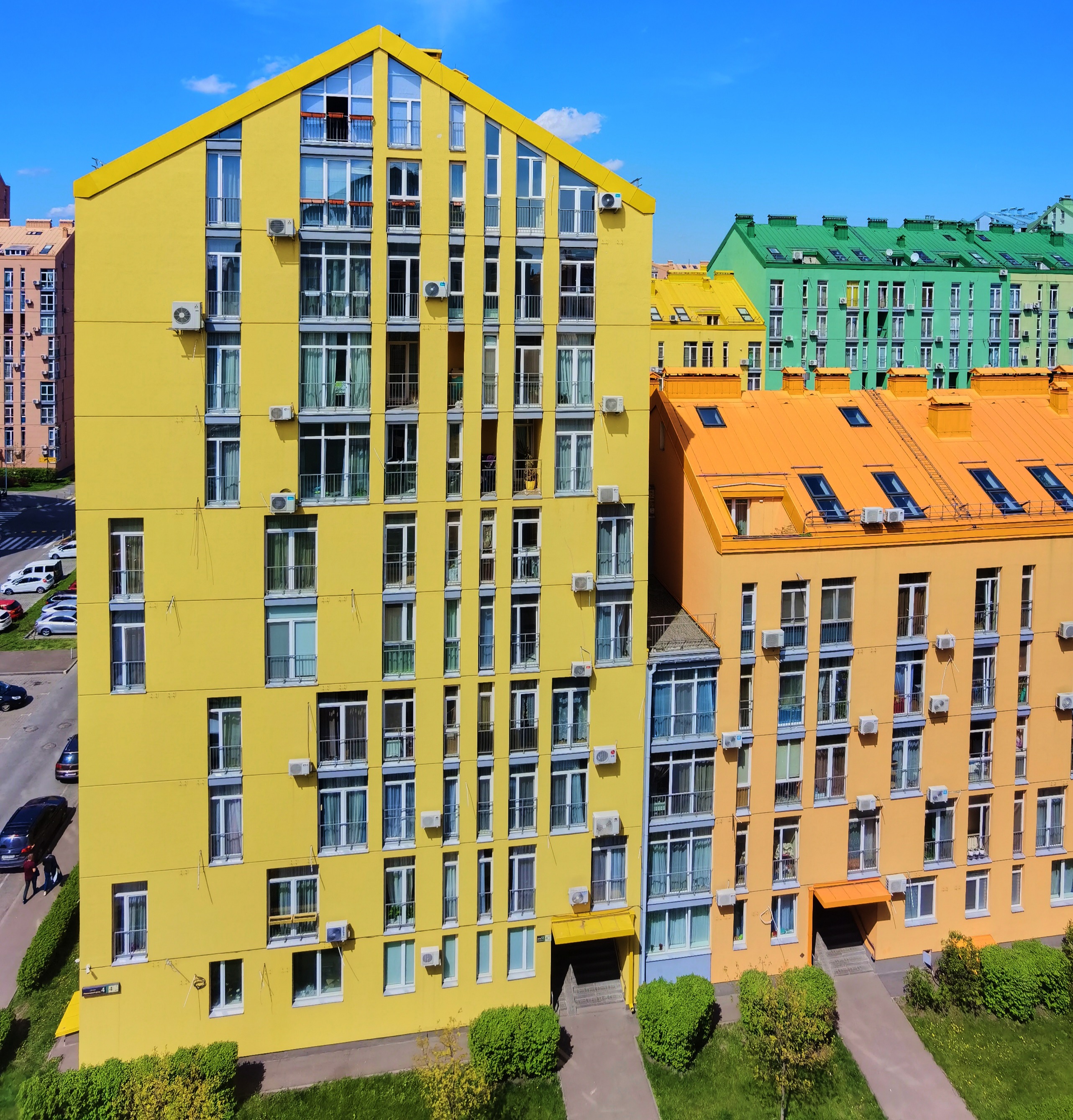 Now, the buildings are painted in bright yellows, green and oranges and pinks, which includes the exterior walls and roofs.

Many have likened them to Lego buildings, or like the houses in Monopoly.

Designers Dmytro Vasyliev, Aleksandr Popov and Olga Alfiorova were behind the project, according to Architecture Digest, who took 11 years to complete it, although were told to work to a strict budget.

The idea was to attract people to want to move to the area, by transforming the residential area – which covers 115 acres, about 1.5 times the size of Disneyland – into something more beautiful.

Mr Vasyliev told LA Times: “The only instrument we had to work with was colour.

“We used the simplest materials, the simplest techniques. We really just had the colour and the lines of the skyline.”

Now inside the colourful town are cafes, shops and offices built in the apartment blocks, as well as a huge outdoor sports facility and 8,500 flats.

The bright colours have also seen house buyers flock to the region – in February 2020, it was reported that more than 200 houses were selling per month, the highest in the country.

Zhanna Rzhanova, a spokeswoman for the developers of Comfort Town, said: “Either you love it or you hate it. There’s nothing in between.”

It isn't the only rainbow town – a small resort town in Western Turkey was painted multi-coloured as part of a worldwide project.

Kuşadası, located off the Aegean coast, is popular with tourists thanks to its proximity to Ephesus, a busy cruise port for travellers.

And the island of Banwol, in South Korea, decided to paint everything in purple to match the local flower, campanula.

A village in Malaga attracts hundreds of thousands of visitors every year thanks to the fact that every building there is painted blue. 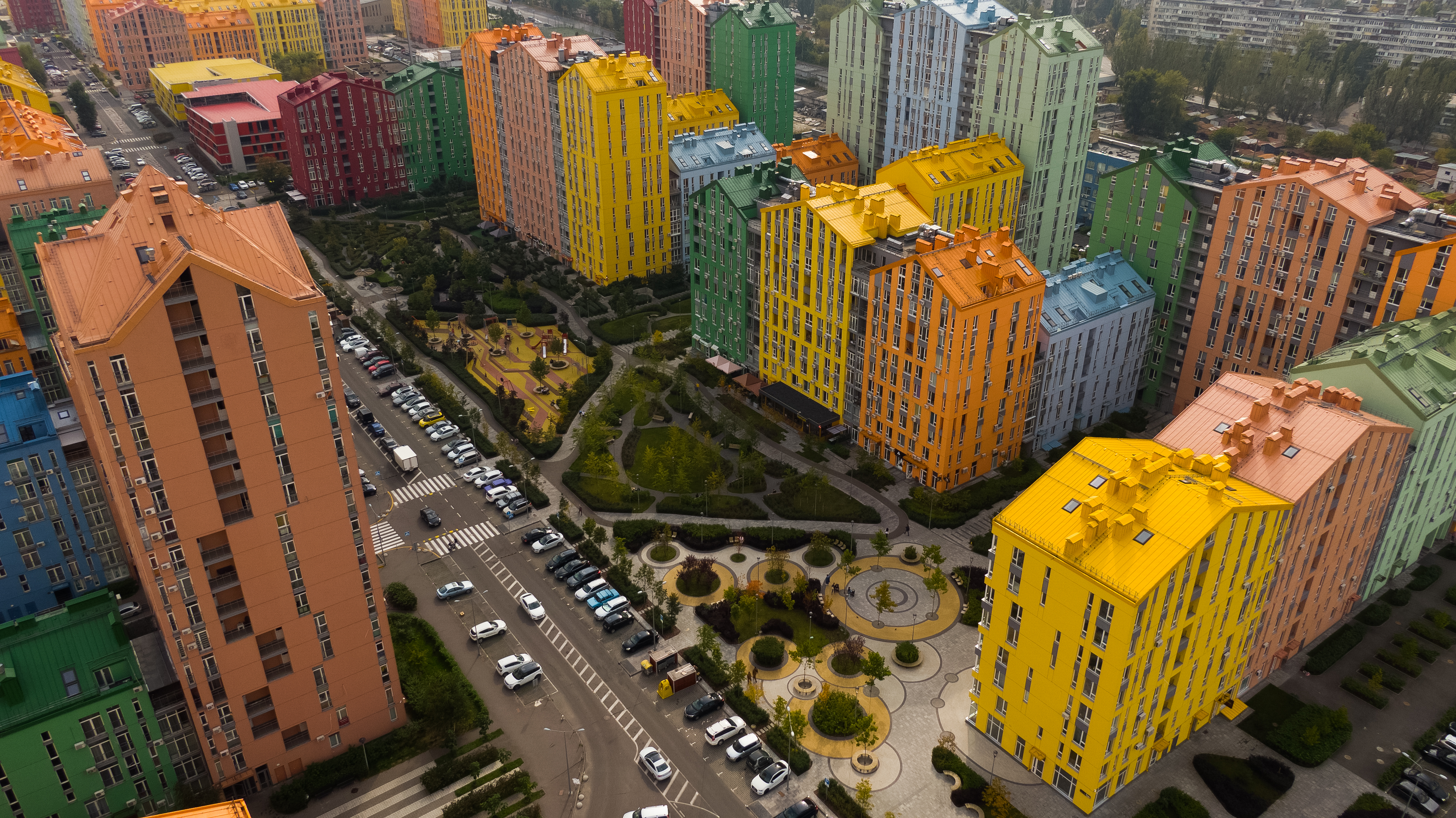 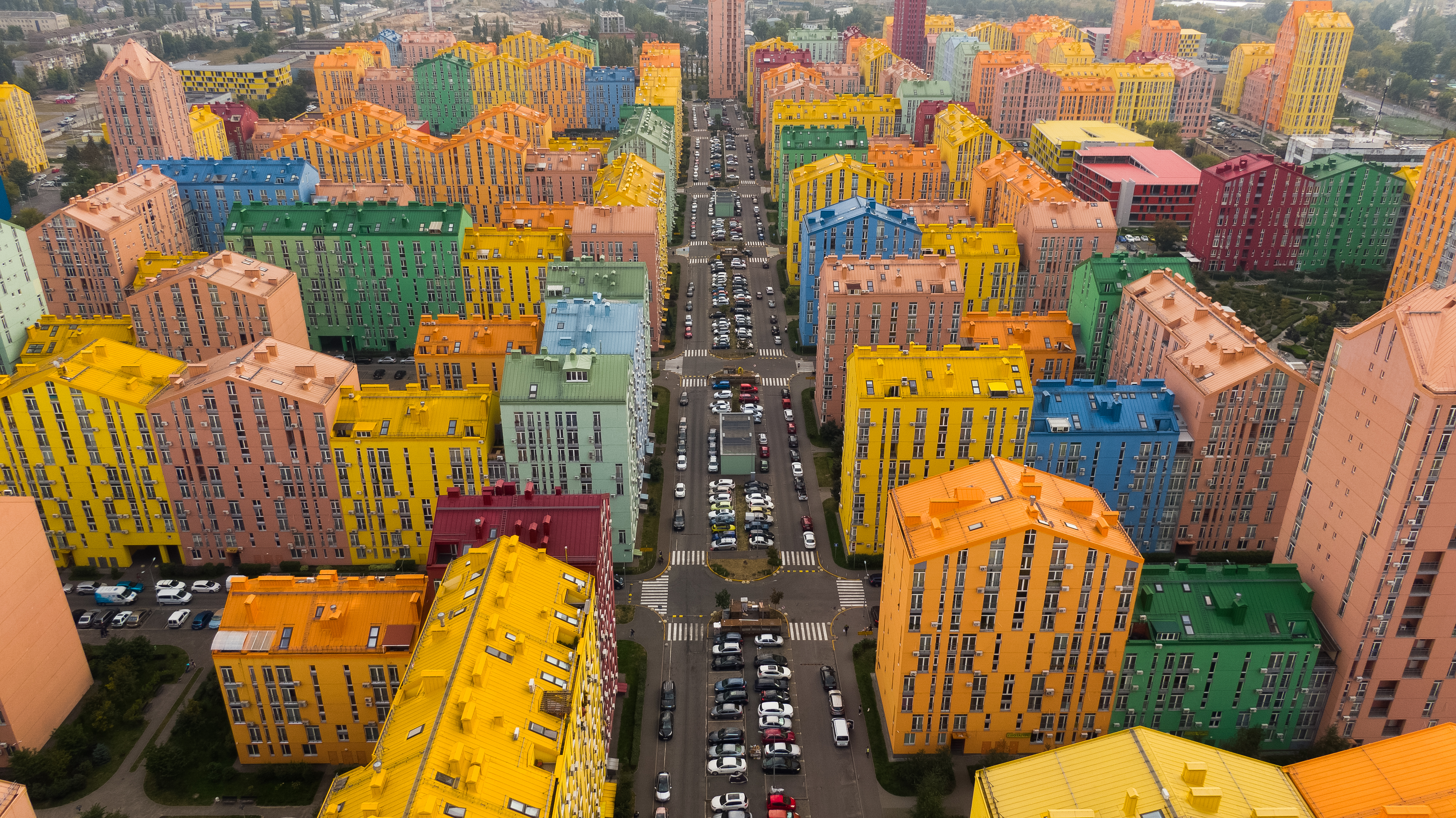 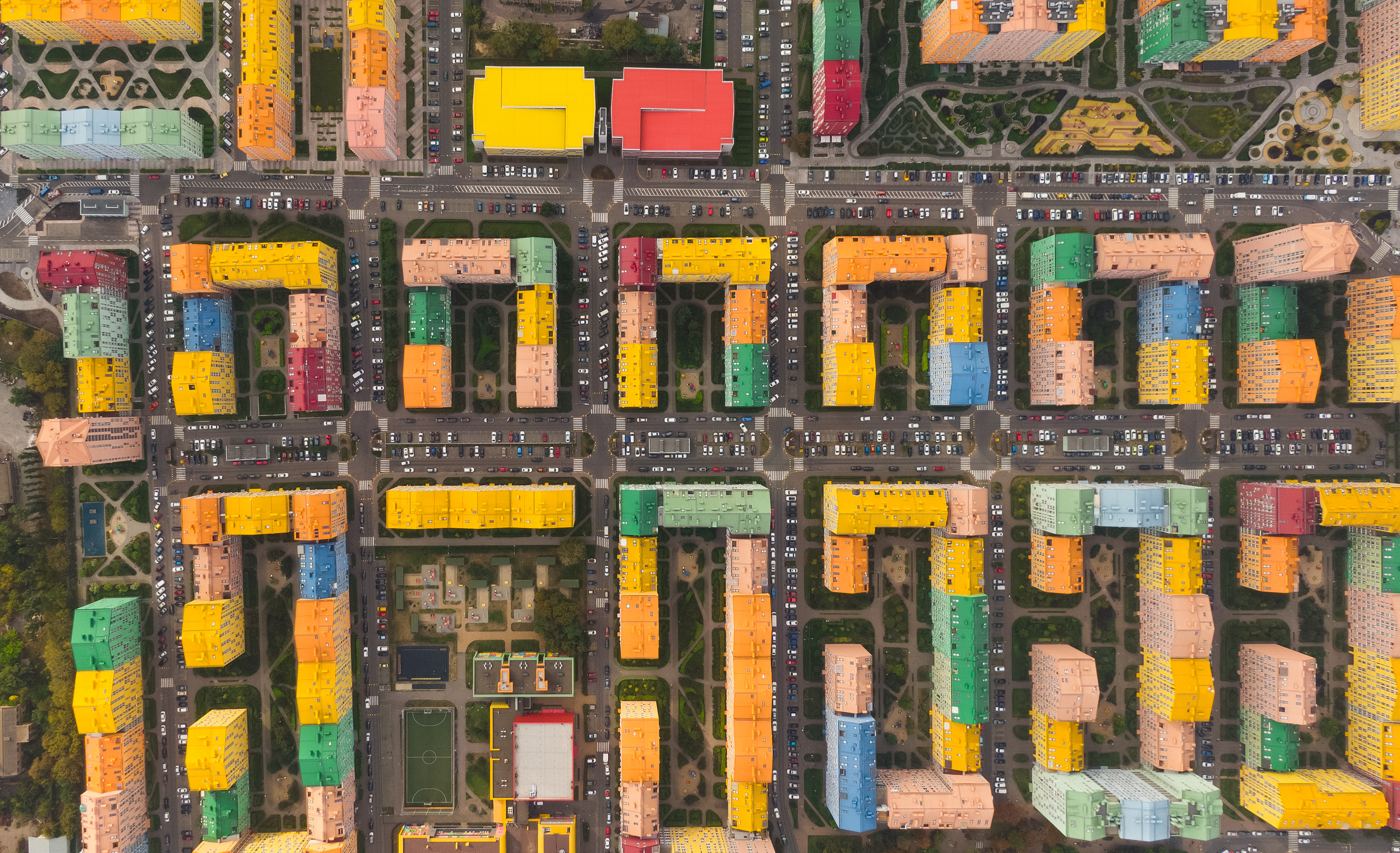