An airline passengers group is challenging the Federal Aviation Administration’s decision to clear Boeing’s 737 MAX jets to return to service.

The group, Flyers Rights, said it filed a notice of appeal in the D.C. Circuit Court of Appeals seeking a review of the FAA’s ungrounding order last month and its move to begin issuing new certificates of airworthiness to 737 MAX jets.

The jets were grounded around the world for review in March of 2019 following a pair of 737 MAX crashes that month and in October 2018 that killed a combined 346 people. The FAA cleared the jets to fly again last month following a review process, so long as the planes undergo some modifications and pilots get new training. 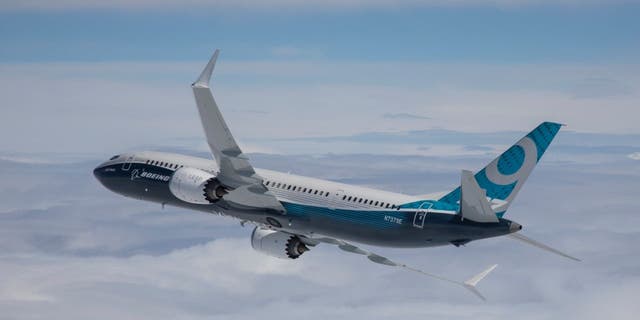 However, Flyers Rights questioned the FAA’s process. Paul Hudson, the group’s president and one of four petitioners named in the appeal, said the decision was “based on secret data and secret testing that is clearly legally inadequate.”

The group alleged that the FAA had shown no evidence that a system that has been suspected of playing a role in the crashes has now been fixed. Flyers Rights is also in the midst of a Freedom of Information Act case with the FAA over documents related to fixes and testing. 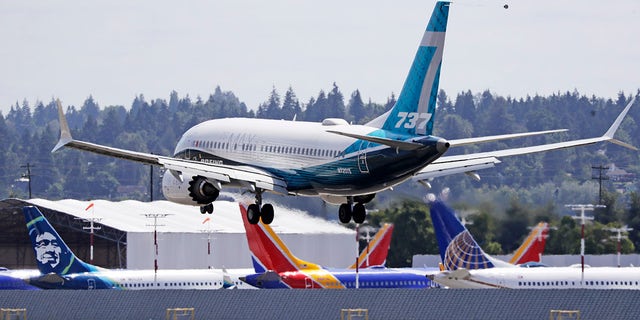 Flyers Rights alleged that the FAA had shown no evidence that a system which has been suspected of playing a role in the crashes has now been fixed. (AP Photo/Elaine Thompson)

“Meanwhile dozens of questions and concerns raised by independent aviation experts have gone unanswered,” Hudson said in a written statement. “Pilot retraining has been roundly criticized as inadequate.”

An FAA spokesperson said the agency does not comment on pending litigation. The agency has previously said it put the jets through a “comprehensive and methodical safety review process.”

Officials already issued the first airworthiness certificate to a 737 MAX last week since the grounding, and a spokesperson said then that the FAA expects “to have a sufficient number of inspectors on hand” to continue clearing the jets to fly.

FAA Administrator Steve Dickson said last month that FAA employees had “diligently worked on the fixes that were necessary to address the known safety issues that played a role in the tragic loss of 346 lives.”

Meanwhile, on Tuesday Boeing made its first step towards resuming business operations for the 737 Max.

Boeing delivered the first of eight 737 MAX jets to United Airlines. United is the first carrier to receive a newly produced model of the plane since U.S. regulators lifted the 20-month grounding last month. All eight planes are expected to be delivered to United by end of this year.

In addition, several airlines have already shared plans to return their MAX jets to service. American Airlines plans to begin using the 737 MAX on flights between New York’s LaGuardia Airport and Miami International Airport on Dec. 29, and United Airlines said it will return its 737 MAX jets to the skies sometime in the first quarter of 2021.