A CONCEPT superyacht designed for billionaires has been unveiled – with a 200ft 'gaping hole' of empty space inside it. 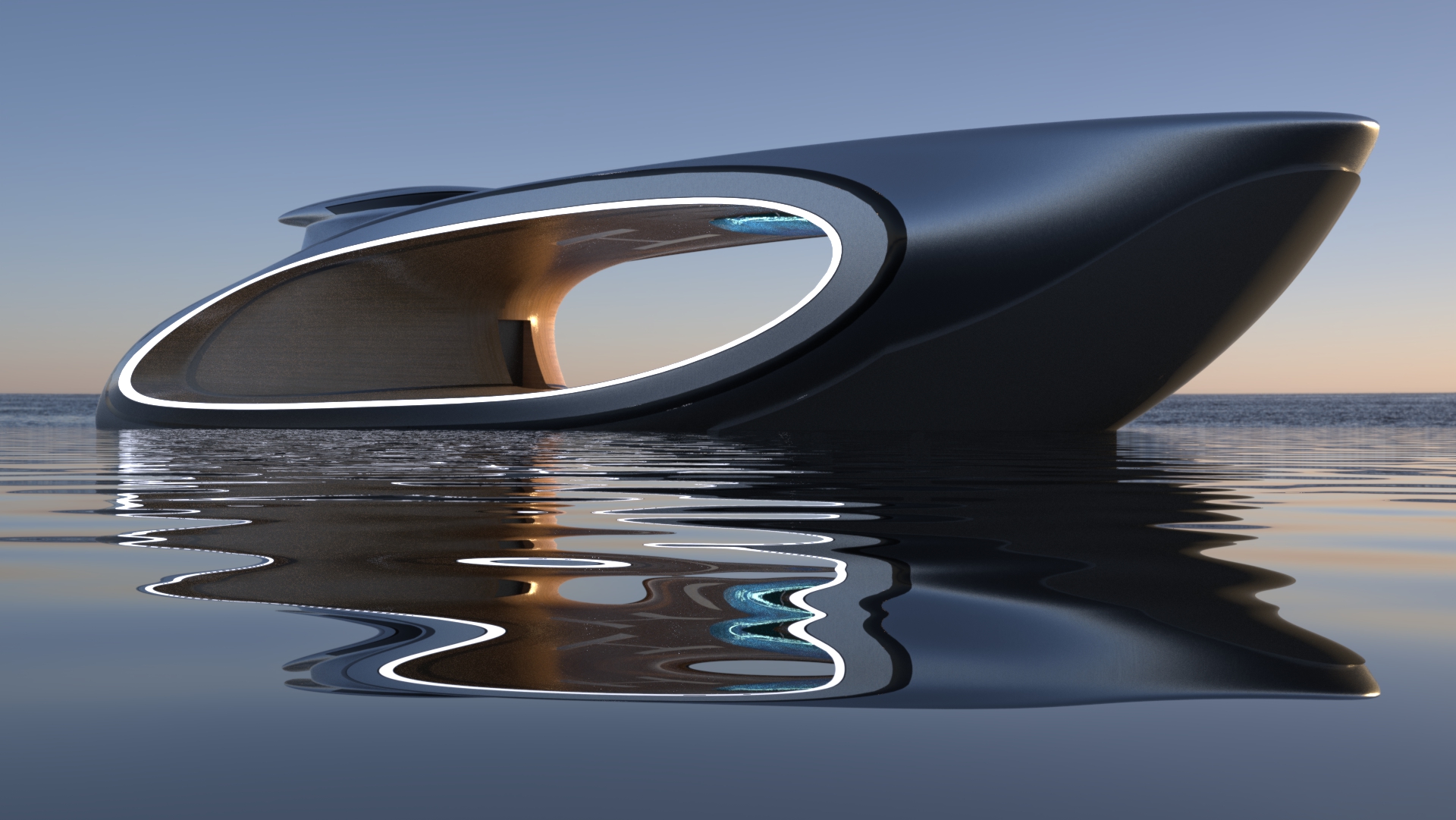 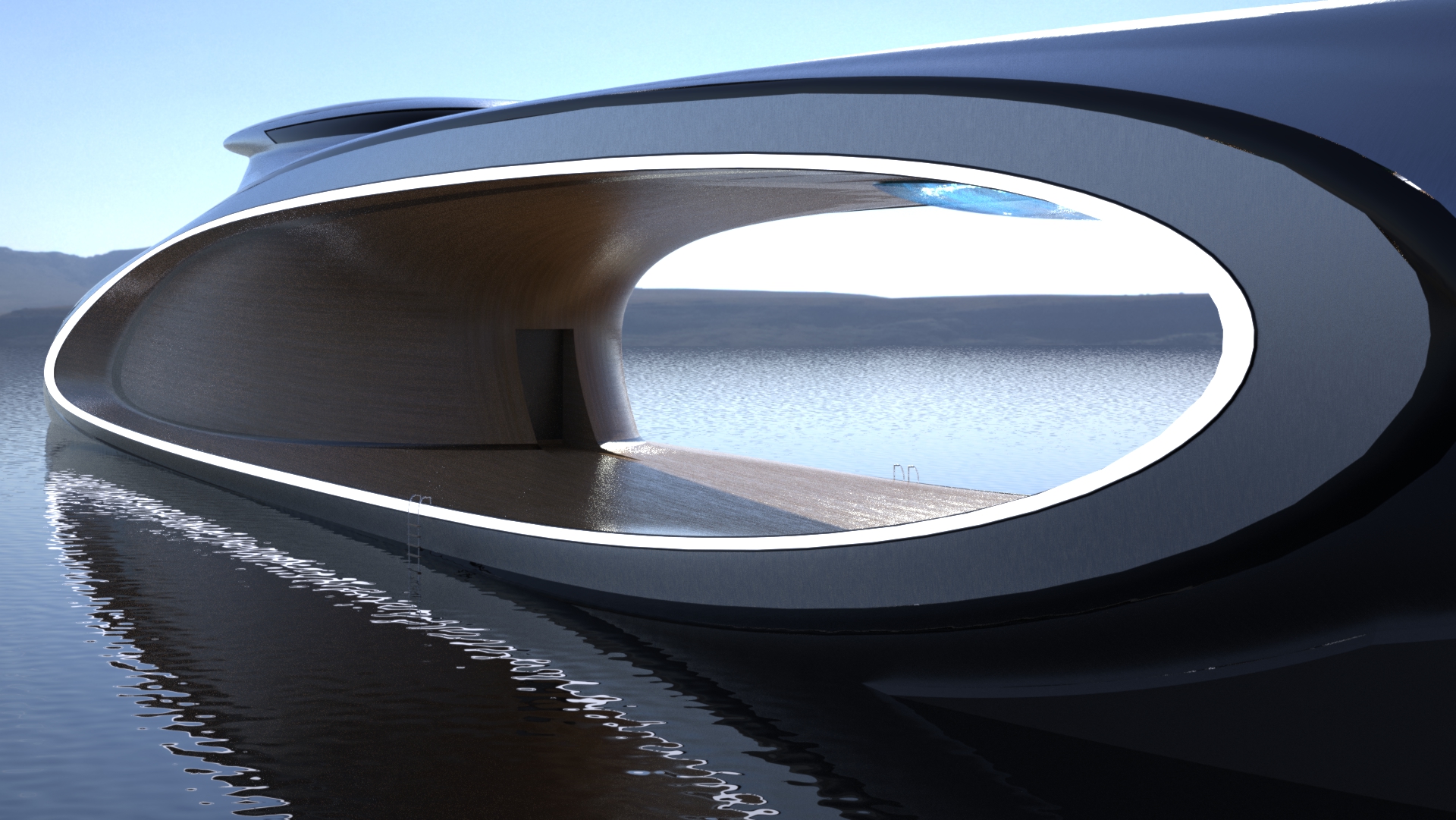 The 226-foot vessel's standout feature is the “hole deck” as Lazzarini calls it, which can be customised to each seafarer’s needs.

Accessible via a door at the vessel’s bow, the sprawling space is ideal for lounging and is fitted with steps down to the ocean for requisite dips.

Shape is crowned by a glass-bottom infinity pool situated on the upper deck.

It allows the swimmers above to look down on those below (or vice versa).

You’ll also find a helipad a waterside beach club with a diving platform, plus a garage for toys.

Split into three different decks, there are Six VIP suites on the first deck while the living quarters are situated on the second and the command cabin on the third, along with a Jacuzzi.

Shape is also designed to run entirely on clean energy, with a propulsion system powered by hydrogen and a large solar panel on its sundeck that provides charging for all onboard systems.

Earlier this year, a Russian billionaire-owned superyacht worth £33m with an onboard movie theatre, pool and gym cruised into UK waters.

Another luxury superyacht – the Estrella – has been designed to look just like a Star Wars spaceship, with the designer a fan of the franchise.

We've rounded up some of the other stunning superyachts in the world. 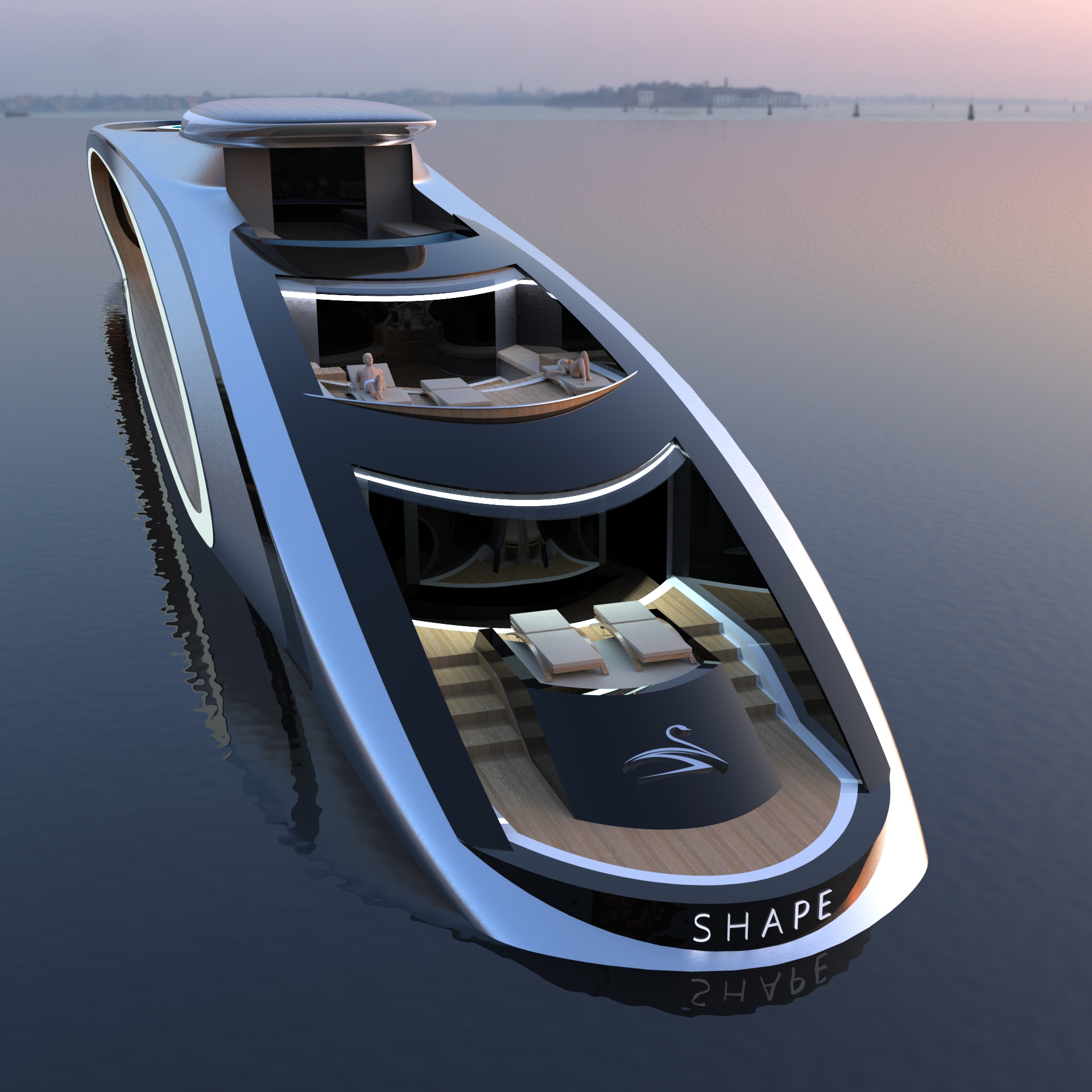 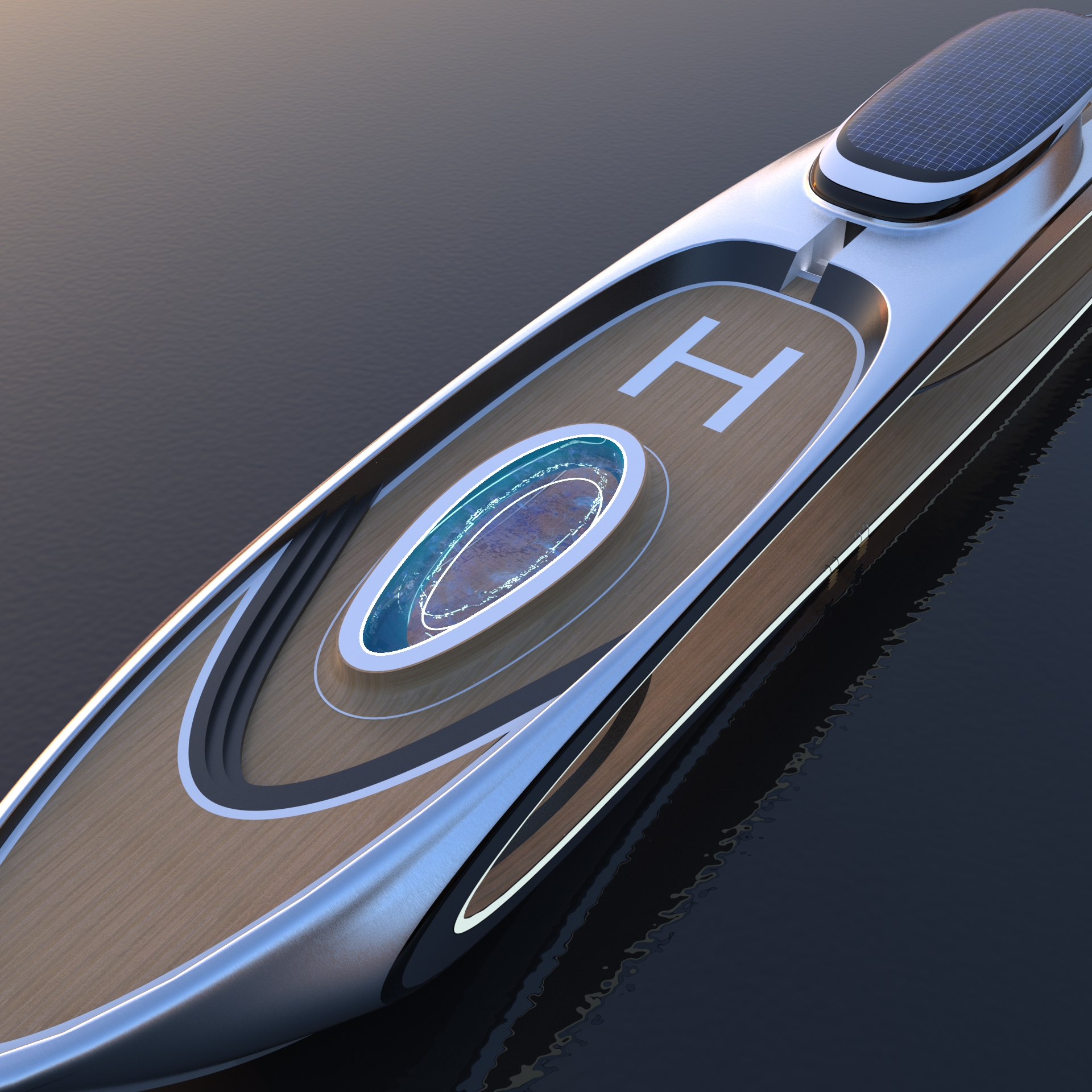 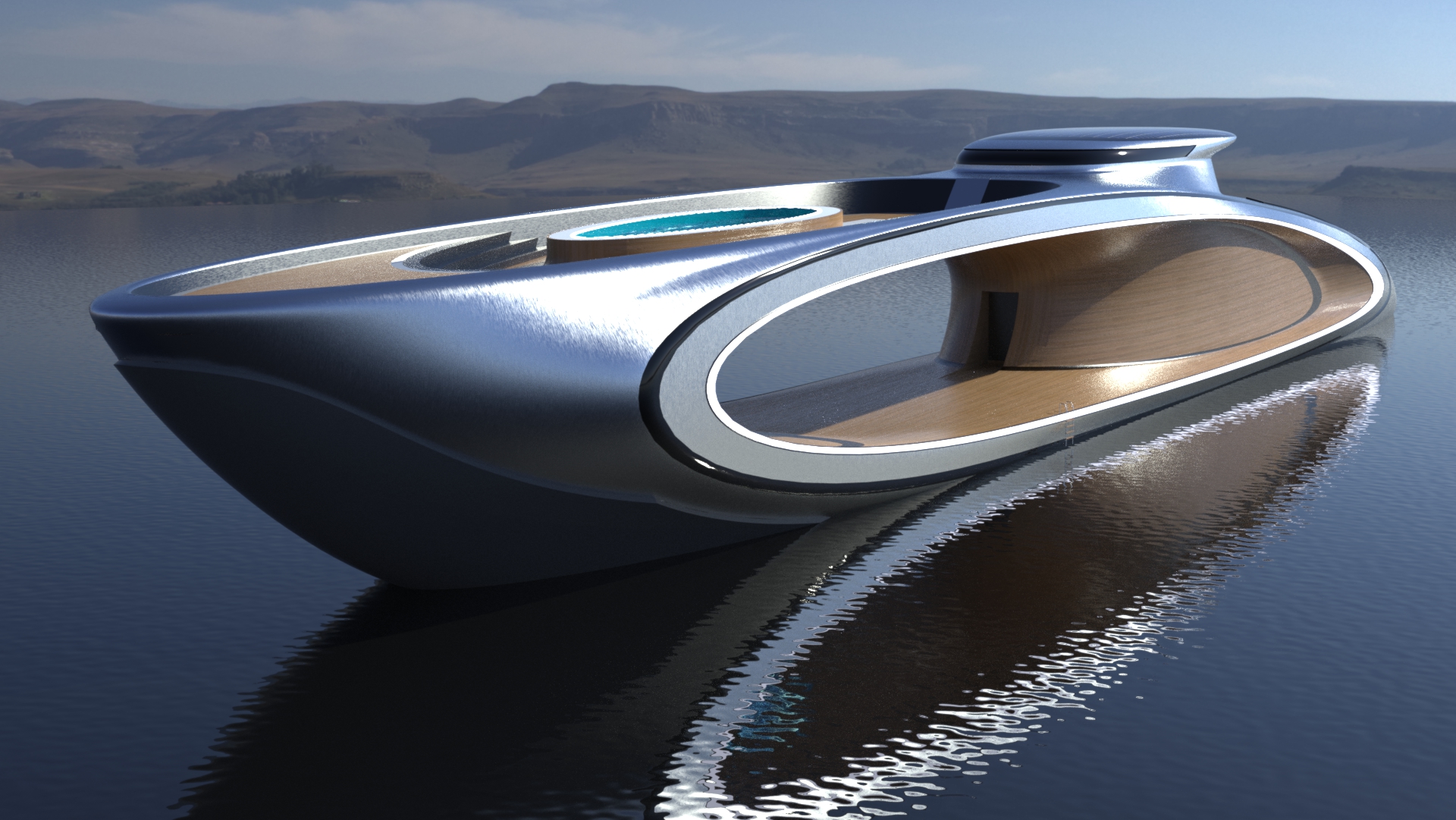