Kurt ‘The CyberGuy’ Knutsson discusses on ‘Fox and Friends Weekend’ traveling amid the coronavirus pandemic.

A man from California has been ordered to pay nearly $50,000 in restitution after attacking a United Airlines flight attendant last February, and forcing the Tokyo-bound plane to divert to Alaska.

Seksan Kumtong, of North Hollywood, appeared in court earlier this week, where he was sentenced to five years’ probation and ordered to reimburse United Airlines for expenses incurred during the diversion, which included the costs of meals and lodging for the rest of the flight’s displaced passengers and crew — expenses that totaled $49,793.

Prior to Tuesday’s sentencing, Kumtong had pleaded guilty to interfering with the flight crew during an arraignment in November, the Anchorage Daily News reported.

During last February’s incident, Kumtong, 52, reportedly began acting up shortly after takeoff from Los Angeles, when a crew member observed him “banging on the airport bathroom doors.” The flight attendant tried to direct Kumtong to a different restroom, at which point he attempted — but failed — to shove the crew member, according to an Anchorage Daily News article published last February.

Kumtong eventually returned to his seat and fell asleep. When he awoke, he ordered more alcoholic beverages, but was denied. He then began swearing loudly before striking a flight attendant in the face, and attempting to take the crew member to the floor of the aircraft.

At one point, Kumtong also yelled, “I will kill you,” according to an FBI affidavit obtained by the Anchorage Daily News.

Crew members and passengers rushed to restrain the disruptive traveler before the flight was diverted to Anchorage.

“The flight landed safely and was met by local officials,” United wrote in a statement issued last February, in which they referred to Kumtong as a “disruptive passenger.” 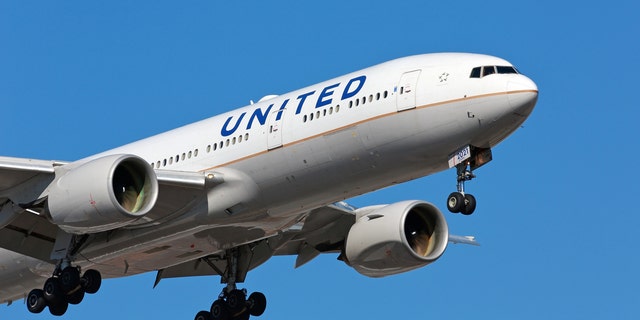 During the incident, Seksan Kumtong had allegedly threatened to ‘kill’ the flight attendant after he was denied an alcoholic beverage.
(iStock)

During his sentencing on Tuesday, Kumtong’s attorney claimed that his client suffered from severe diabetes, which, when combined with alcohol, may have contributed to his outburst. The attorney added that he offered this information not as an excuse for Kumtong’s behavior, but an explanation.

The judge overseeing Tuesday’s proceedings also said the man avoided a prison sentence out of concern for his medical condition, which puts him at a higher risk of COVID-19 infection.