She went on her first hike seven years ago after a person she was dating asked her to join. On the 5.8 mile loop trail she felt self-conscious, walking slowly and sweating because she wasn’t used to working out.

“I really didn’t know what to do except walk,” she said. “But I felt something kind of unlock, this feeling of possibility like I was seeing nature for the first time.”

Ms. Bruso became obsessed with hiking. But the more she hiked, the more she saw that the people on the trails did not resemble her. In 2016, she created an Instagram account, Unlikely Hikers, posting photographs of African-American, gay, transgender and disabled hikers. Within a year she had 8,000 followers and now she has more than 59,000. She also began to organize group hikes several times a month.

Ms. Bruso is one of many hikers turning to social media to try to make the outdoors more welcoming and diverse. While Ms. Bruso targets all minorities, other hikers and outdoors groups try to inspire people from specific nationalities, identities or with physical challenges. Many organize real-life events to push their members outside. Outdoor-equipment companies including REI and Merrell are helping to fund or promote these new groups and leaders.

“If these people aren’t going into the parks and green spaces, there won’t be anybody to be advocates and stewards,” she said. “We need people to get out there to love the land so they will fight to protect it.”

In August 2016 Ms. Tariq, a Muslim who works in a policy and communications role for the federal government, went on a camping trip in Shenandoah National Park in Virginia’s Blue Ridge Mountains.

“It was startling white,” she said. “There was diversity in the people I hung out with, the food I eat, my work, but not in this park.”

Are efforts like these working? There are other positive signs besides the attention on Instagram. A recent study by Kampgrounds of America reported that of the 1.4 million households that camped for the first time in 2018, 51 percent of them are from non-white groups. And last year, an Outdoor Industry Association report concluded that outdoor participation among Hispanics has increased by an average 1.0 percent over the past five years and among Asians by 0.9 percent over the same time period.

Ms. Bruso started Unlikely Hikers with a picture of herself from the backside, looking over a waterfall. “Calling all Unlikely Hikers and misfit nature lovers!” its caption read. “Despite how it may look in the commercials, magazines and other online nature communities, nature doesn’t care about your size, gender, race, ability, gear.”

Her group hikes are as inclusive as possible. If someone needs to take a break, everybody takes a break. The slowest hiker sets the pace. She gets weekly requests from Instagram followers to organize hikes in their cities, and some have started informally organizing their own.

Disabled Hikers was founded last year by Syren Nagakyrie, a 37-year-old disabled freelance writer and consultant based in Forks, Wash. She was tired of spending hours scouring guidebooks and online resources to find accessible trails. Now on her website, disabledhikers.com, she publishes trail reports and writes guide trails. She recently explored Olympic National Park in Port Angeles, Wash., to find trails sturdy enough for a wheelchair. She too also leads group hikes.

“Unlikely Hikers was the first organization I had heard of to really break through into increasing diverse representation in the outdoors,” Ms. Nagakyrie said. “I have no doubt that without their work, it would be much more difficult for other projects and communities.”

Large corporations are trying to bolster these grassroots initiatives.

Ms. Bruso’s Instgram account became so influential that REI recruited her as a brand ambassador. She speaks at company events and shares positive brand messages to her audience, while the outdoor-gear company helps sponsor her events and posts her work to their social-media followers.

“We understand that to be relevant in the world, we need to recruit younger, more multi-cultural audiences,” said Laura Swapp, REI’s director of experiences marketing. “We need to look at available market share and take these opportunities.”

REI works with groups like Outdoor Afro, Brown Girls Climb and Latino Outdoors that organize climbing expeditions and activities for people of color. Pattie Gonia, a drag queen, is another brand ambassador, as is Mikah Meyer, an openly gay man who in April became the first person to visit in one continuous journey all 419 national parks in the United States. It took him 3 years.

An influential way Ms. Bruso has advocated for women like her is to help convince REI to expand its plus-size clothing offerings. Last year she attended and spoke at trunk shows on the company’s behalf to get feedback from hikers about what they needed and wanted.

“Sixty-five percent of women in the United States are over the size of 16, and the industry doesn’t design for them,” Ms. Swapp said.

REI doubled its sale of apparel in extended sizes last year, and this year, plus-size clothes will be available in 21 stores, up from 16 in 2018 (the brand has 154 stores across the United States, so it still has a ways to go.)

Reading about group hikes online led Bisa Myles, 45, to Tanzania and up Mount Kilimanjaro in March.

Even though the plus-size, African-American woman loved the outdoors, she had never hiked before; none of her friends were ever interested. She signed up for the group climb — named the Curvy Kili Crew — after seeing a post from another plus-size woman about her hike up Kilimanjaro.

Ms. Myles described the hike as “challenging, tiring, beautiful and the most rewarding thing I’ve ever done.

“It’s not something I’ll stop now that the climb is over either,” she said. “I’ve really connected with it. It’s something I can do without feeling pressure. It’s not like working out, just about being fit. It’s about a new love of being outdoors.”

She now leads hikes herself several times a year. 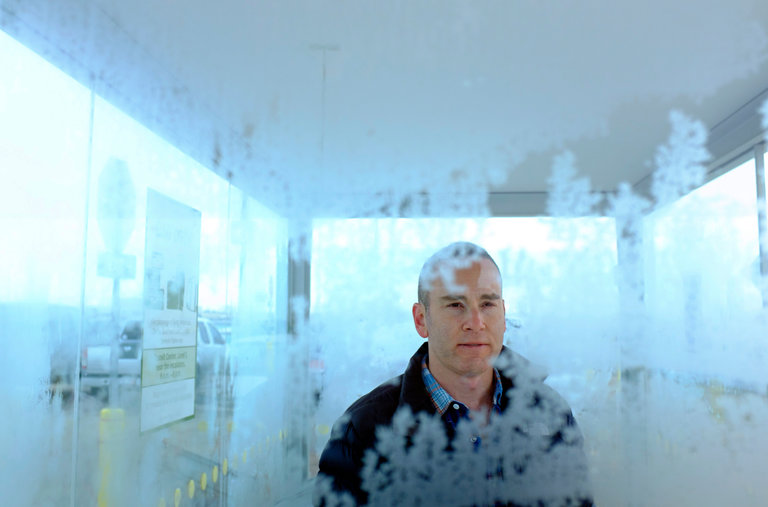 52 PLACES AND MUCH, MUCH MORE Follow our 52 Places traveler, Sebastian Modak, on Instagram as he travels the world, and discover more Travel coverage by following us on Twitter and Facebook. And sign up for our Travel Dispatch newsletter: Each week you’ll receive tips on traveling smarter, stories on hot destinations and access to photos from all over the world.