Remember when Bekah Martinez was reported missing during her stint on The Bachelor? She does too — and the backstory is even more complicated than fans might expect.

In a series of Instagram Stories posted on Tuesday, May 4, the former reality TV star, 26, opened up about the time she “accidentally hit a bear” with her car while driving. The collision happened while she was living in Humboldt County, California, in early 2018 after Arie Luyendyk Jr.‘s season of the ABC dating series wrapped filming. 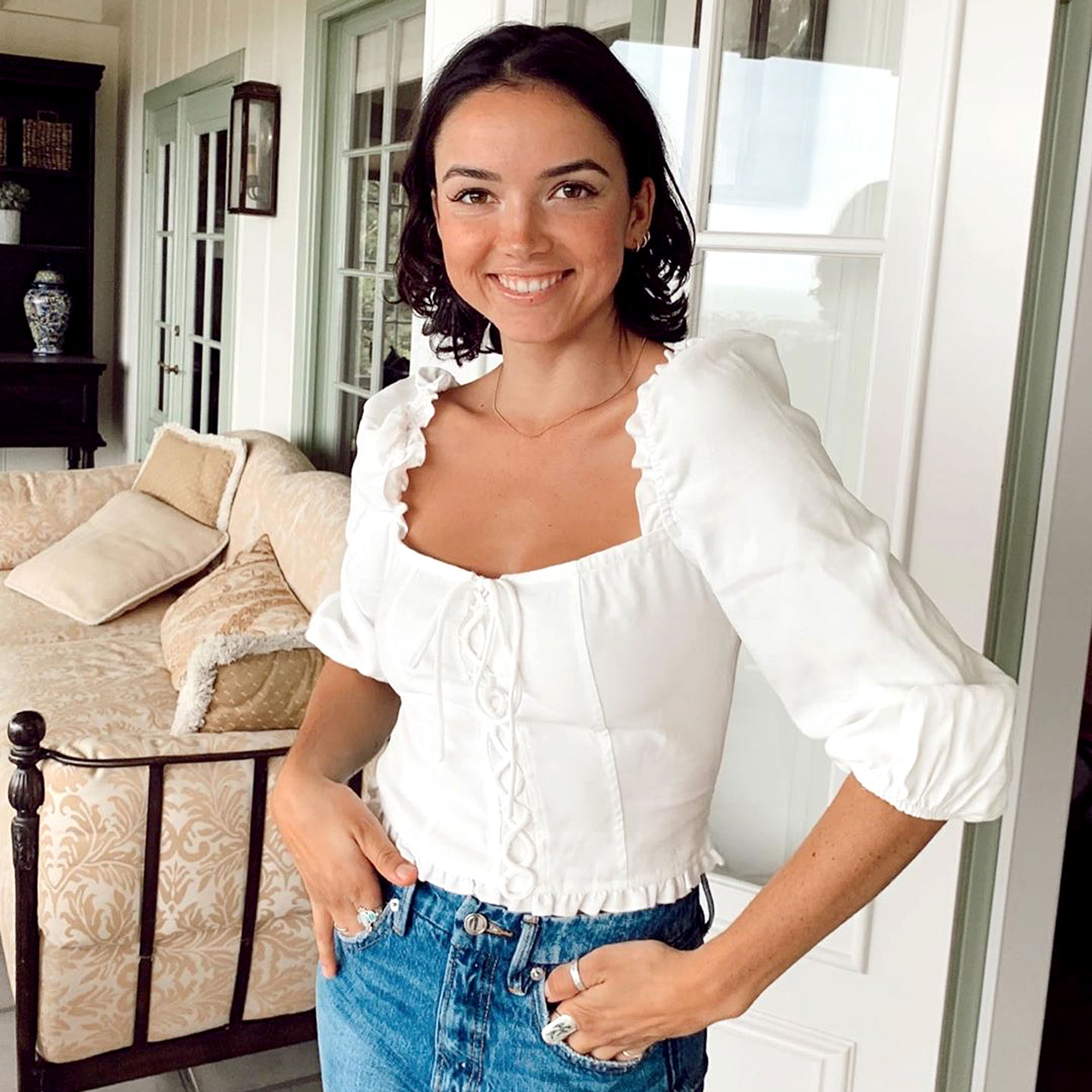 “Basically to make a VERY long story short, I was broke after The Bachelor and I had to quit my nanny jobs to leave for the show for almost two months,” she wrote. “I needed to make some quick cash so I went with a new friend to work on a weed farm trimming for a couple weeks.”

Martinez’s scary encounter with the bear on the “dark windy roads” occurred during the same period of time that her family members thought she was missing.

“The girl I was with got kicked off the farm and I had been using her phone to stay in contact with my parents [because] it was the only one that had service,” she continued. “She got mad I wouldn’t leave with her when she got kicked out so she texted my mom that I was being held hostage with meth heads with knives and then stopped replying.”

In her Instagram Story, the California native showed the poster with her headshot that was put up when she was assumed to be missing and concerned emails from her relatives. “My poor parents were actually traumatized,” she wrote, remembering that she “had a weird feeling” one night on the farm and left the next day.

“When I got to cell service, I got an earful (for good reason),” she teased, noting that the job “was definitely sketch” but that she didn’t feel unsafe.

Once she got in contact with her family, they called the local sheriff’s department and “dumbly assumed” that she was taken off the missing person’s list. However, while season 22 of The Bachelor was airing, Martinez was named in an article about the high number of missing people in Humboldt County. 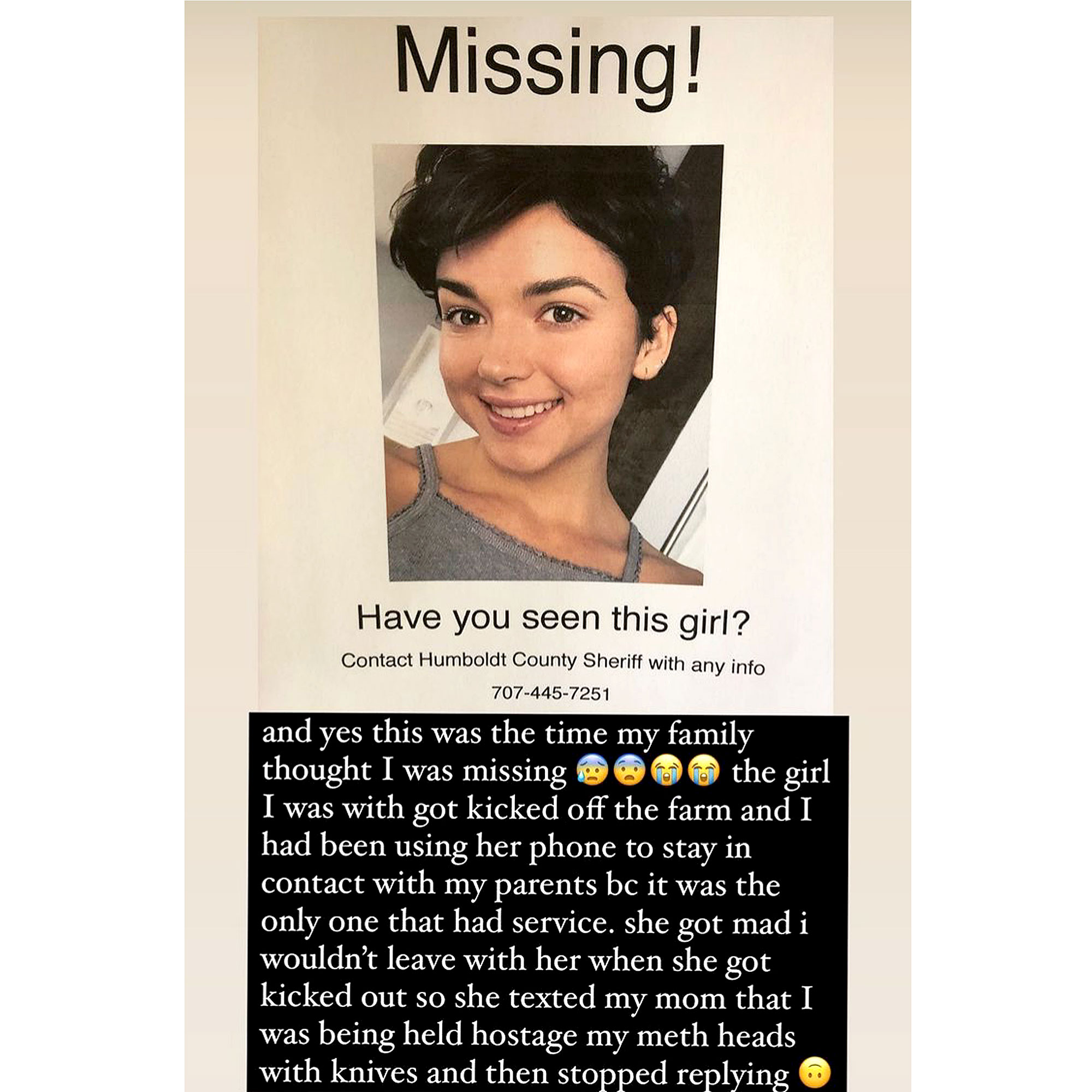 “Someone recognized me from The Bachelor and the story BLEW UP,” she recalled. “Like, seriously … blew up. It went international. But the facts were all f–ked up. Some people thought I lied to my mom and told her I was on a weed farm when I was really on The Bachelor??”

The story got so much attention that Martinez was given an interview on Jimmy Kimmel Live! but it was still hard to clear up all the details.

“The actual story was so long and confusing that I just told all the media outlets that I had to go to my friend’s weed farm to ‘get away and relax’ after filming and I didn’t have service and so my mom thought I was missing,” she concluded. “So a lot of people thought I was an a–hole for that lol. … And I definitely never talked to that girl again.”

The Weirdest ‘Bachelor’ and ‘Bachelorette’ Job Titles Ever

Martinez was sent home during the seventh week of season 22 before Luyendyk Jr., 39, initially proposed to Becca Kufrin. He later ended their engagement and proposed to runner-up Lauren Burnham, whom he wed in January 2019. The couple share daughter Alessi, 23 months, and have twins on the way.