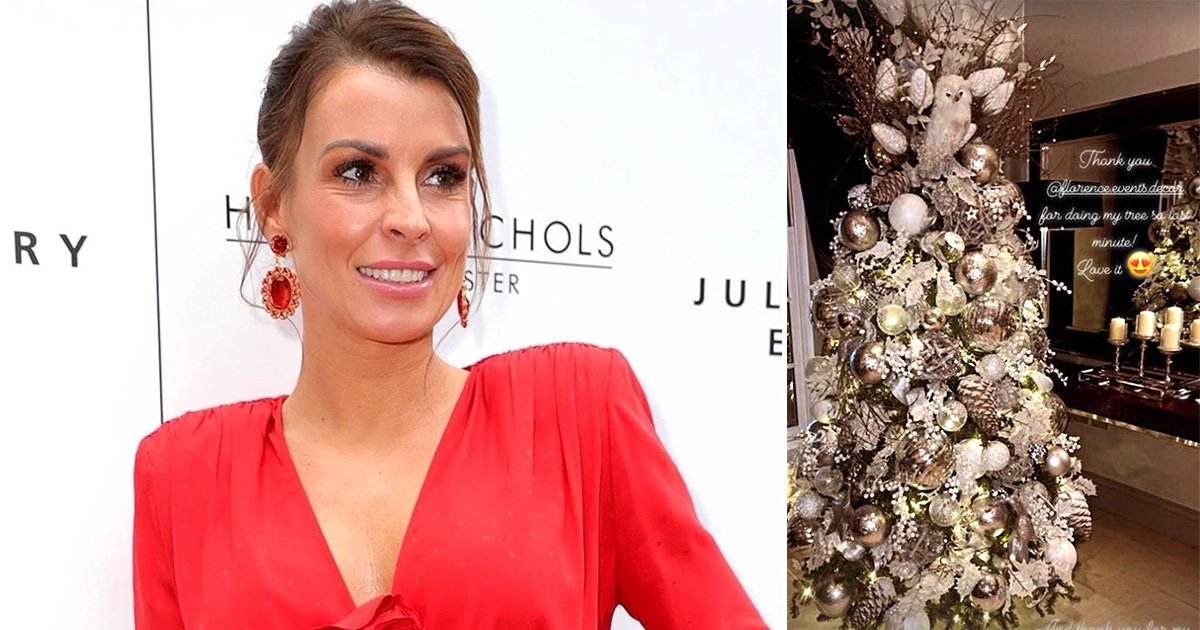 This Christmas, Coleen Rooney has pulled out all the stops with her festive decorations and more power to her!

The mum-of-four took to Instagram to show off her lavish decorations, which were quite a sight.

She unveiled her woodland-inspired Christmas tree to her 899,000 Instagram followers complete with the addition of a life-sized owl decoration and we’re kind of here for it.

The impressively extravagant tree was adorned with white and silver decorations, pine cones, glistening lights with baubles and various decorations including berries, twigs, lights, and branches.

‘Thank you @florenceventsdecor for doing my tree so last minute. I love it,’ she wrote.

‘And thank you for my eight mince pies.’

Florence Events Decor shared Coleen’s post to their story and said they ‘loved doing it.’

Coleen, who has four sons with husband Wayne, has been getting in the festive spirit, after recently sharing some adorable pictures of her sons, Kai, Kit, Klay and Cass in their Christmas-themed pyjamas and posing with The Grinch.

They were recently snapped on a family outing as Coleen and Wayne treated their sons to quite the evening out as they headed to Salt Bae’s infamous Nusr-Et restaurant, the restaurant that has quickly become known for charging hundreds for a gold-coated steak.

Meanwhile, the couple is set to release a documentary about their life, and in it, Coleen has said she forgives husband Wayne Rooney for his various scandals, but that his behaviour was ‘not acceptable.’

In an upcoming Amazon Prime documentary about the England and Manchester United legend, Coleen references the low points in their marriage.

The couple have been together since they were 16 years old and have been married since 2008, going on to have their four sons together.