After making headlines for giving Kate Beckinsale his jacket at an Oscars after-party, Jason Momoa is setting the record straight on the pair’s relationship.

No, there’s nothing going on between Jason Momoa and Kate Beckinsale — even though photos appeared to show them looking quite cozy at an Oscars after-party in March. Jason even wrapped his jacket around Kate’s shoulders as they spoke outside at the event. “It was cray,” Jason told Extra, regarding the dating rumors. “Have a conversation with a woman about her country…I was in England doing Aquaman 2. Everyone is like, ‘Are you dating?’ No, no. It was chivalry, the woman was cold.”

He insisted that he and Kate are “absolutely not together,” but gushed that the actress is “very nice.” Jason added, “I was being very nice, just being a gentleman. Now I’m not giving my coat to anyone!” Earlier this year, Jason and his wife, Lisa Bonet, announced that they were separating after 17 years together and five years of marriage. Since the split, all eyes have been on Jason’s love life. 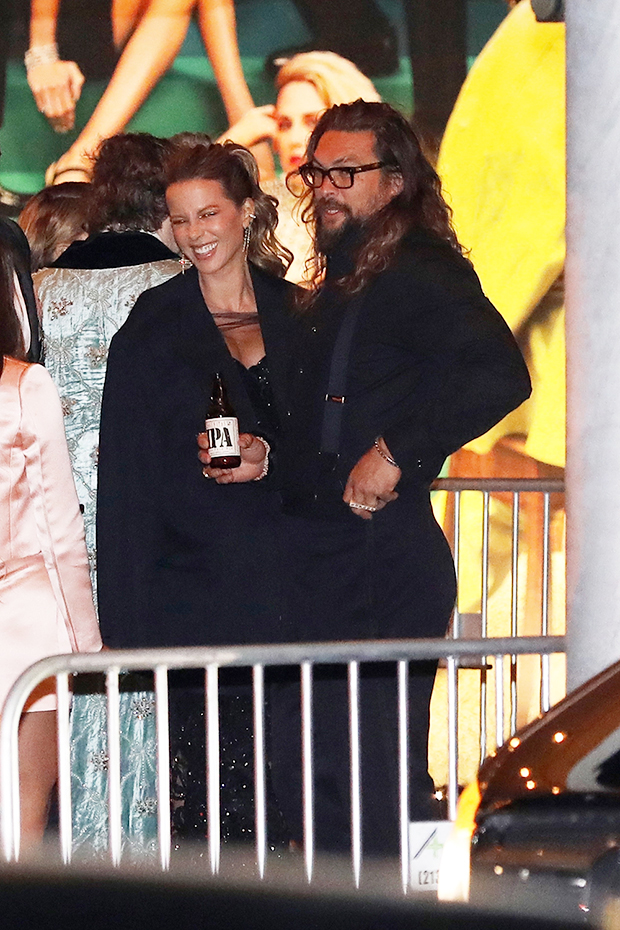 Since the breakup, Jason and Lisa have been co-parenting their two children, Lola and Nakoa-Wolf, but the actor also cleared up recent rumors that they were back together romantically. “We’re not back together,” he confirmed on the Oscars red carpet. “We’re family. We have two beautiful children together. We’re family forever.”

Jason proved that the familial ties are still strong when he supported Lisa’s daughter, Zoe Kravitz, at the premiere of her movie, The Batman, in March. He spent time bonding with Zoe’s boyfriend, Channing Tatum, at the premiere, and even brought Lola and Nakoa-Wolf to the event. Lisa was not in attendance herself.

“We share our family news that we are parting ways in marriage,” Jason and Lisa wrote in a statement when they announced their split in January. “We share this not because we think it’s newsworthy, but so that, as we go about our lives, we may do so with dignity and honesty. The love between us carries on. We free each other to be who we are learning to become…our devotion unwavering to this sacred life and our children.”