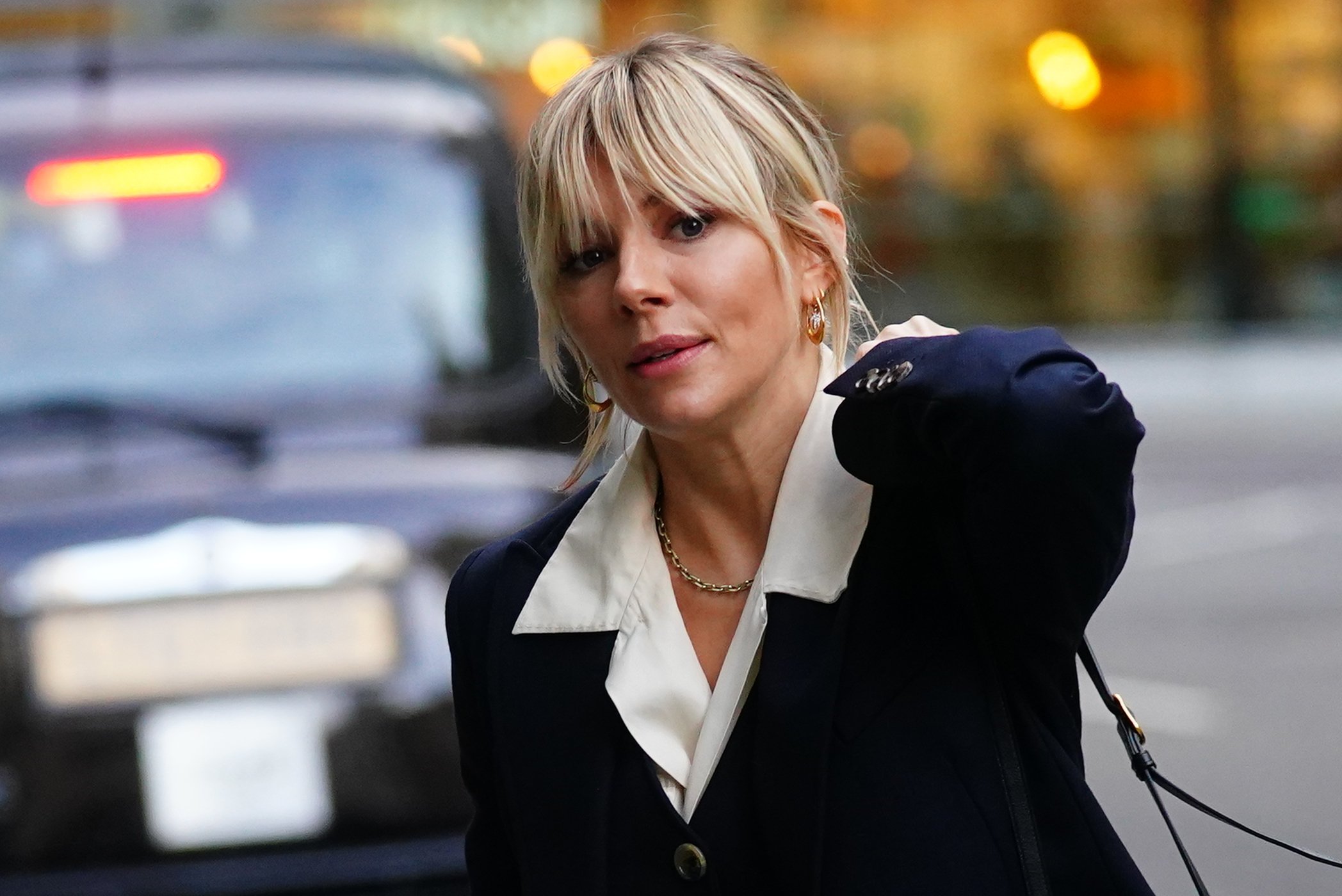 The star spoke in a statement to the High Court after she formally settled a claim for ‘substantial damages’ against the publisher of The Sun.

The 39-year-old was one of a number of celebrities to have settled phone-hacking claims against News Group Newspapers, publisher of the now-defunct News of the World, this week.

The actress – who flew in from Los Angeles for the hearing on Wednesday – claimed that the newspaper used ‘illegal means’ to find out about her pregnancy, which the publisher denies.

According to the Guardian, the court heard about Miller’s belief details of her 2005 pregnancy were obtained by the then editor of the Sun, Rebekah Brooks, using ‘blatantly unlawful means’.

The publication goes on to report Miller said in a statement to the court, read by her lawyer: ‘I was told at the end of July 2005, by my friend and publicist, that Rebekah Brooks had found out that I was pregnant.’

It was said Miller’s pregnancy was at a very early stage and Brooks had allegedly found out before she was able to tell close family and friends, with the court hearing the actress believed her medical records were obtained by a ‘blagger’ employed by Sun journalist Nick Parker before they were passed onto the then-editor.

The court heart Miller felt ‘the Sun took away her choice’ in how to approach the pregnancy.

It was noted that there has been no admission or finding of any wrongdoing on behalf of the Sun or any of those named.

However, the Guardian added the court heard of the star’s belief the pay-out she received was ‘tantamount to an admission of liability on the part of The Sun’.

Miller – who previously won substantial damages over similar activity at its sister title, the News of the World – said she decided to accept a payout from News Group Newspapers to avoid the multimillion-pound legal bill a public trial would have been likely create.

News Group Newspapers agreed to pay ‘substantial damages’ to each of the claimants and pay their legal costs.

The publisher also made public apologies to each of the claimants for the actions of the News of the World, but did not admit any liability over phone hacking allegations at The Sun.