Alabama Barker turned 16 on Dec. 24, and she was showered with love by her dad, Travis Barker, and his fiance, Kourtney Kardashian.

Travis Barker’s youngest child is officially 16 years old. Alabama Barker celebrated her 16th birthday on Christmas Eve 2021, and Travis and Kourtney Kardashian made sure their home was decked out for her. They both posted videos of the decorations on Instagram. The main room of the house was filled with silver balloons, including balloons that spelled out Alabama’s name and the number 16.

It’s no secret that Kourtney and all of her family members love to go all out for special occasions like this, so it doesn’t come as a surprise that she’s passing the tradition along to Travis and his family, as well. Kourtney and her kids are super close to Alabama and her brother, Landon Barker, who Travis shares with his ex, Shanna Moakler. Atiana de La Hoya, Travis’s stepdaughter through Shanna, has also very much been part of the family.

Even though Kourt and Travis just started dating at the beginning of 2021, they’ve been friends for years, so their kids have always been comfortable around each other. Now, though, they’re blending into one big, happy family — Travis proposed to Kourtney in October. The two have not revealed their wedding plans just yet, but they’re definitely already living like one unit. 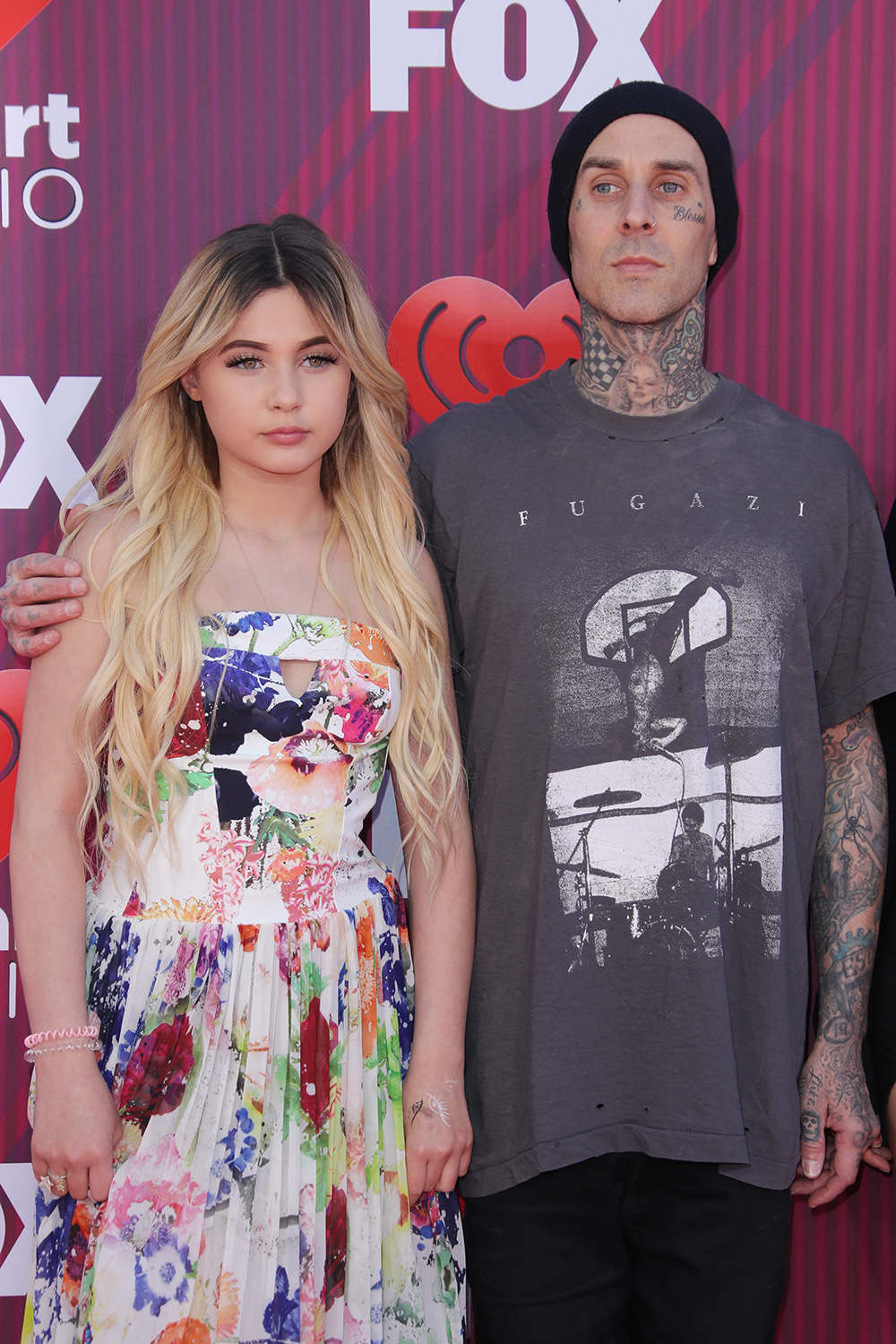 Of course, Alabama’s birthday also doubles as Christmas Eve, and Christmas is a very big time for Kourtney and her kids. Normally, the Kardashian family hosts a massive Christmas Eve party, but that’s been put on hold again this year amidst the coronavirus pandemic. It’s expected that the group will get together for a smaller gathering, though, so Alabama will likely be showered with even more love if she attends.

Earlier on Christmas Eve, Travis and Kourtney also helped make another wish come true when they released Kris Jenner’s first official song on streaming platforms. The two helped Kris record a rendition of “Jingle Bells,” and fans have been going crazy while listening to it all day long. Perhaps the family will get a live performance during their Christmas Eve celebration?!