For decades, Philip Glass fans have internalized a lesson: If you want to see his operas, plan to buy tickets and attend in person. Don’t expect the stagings to show up on DVD in a year or two, as most prominent productions do these days.

Glass has long carefully husbanded the rights to his work. And since founding his own record label, Orange Mountain Music, in 2001, he has been selective regarding releases of some of his operas.

This has been particularly glaring when it comes to his trilogy of what became known as “portrait” operas, the stage works of the 1970s and ’80s which made his reputation in the genre. Each is focused on the life of a consequential man of history: “Einstein on the Beach” is an abstract account of that scientist and the development of nuclear technology; “Satyagraha” dramatizes Gandhi’s early activism in South Africa; “Akhnaten” contemplates the Egyptian pharaoh who pioneered monotheism. 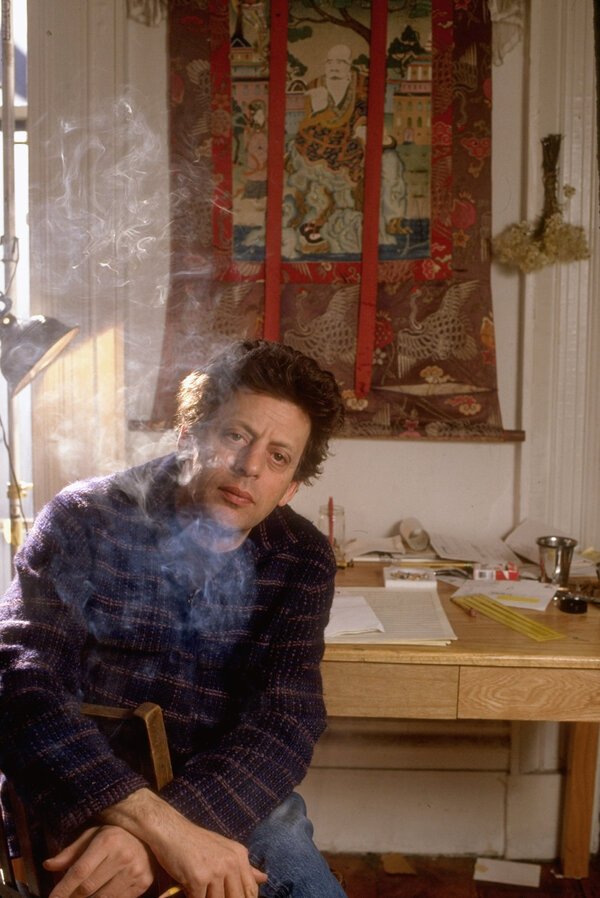 A globe-trotting revival of Robert Wilson’s definitive original production of “Einstein” was released on video in 2016, a full 40 years after the work’s premiere. But while “Satyagraha” and “Akhnaten” have received acclaimed recent productions at the Metropolitan Opera, and have been transmitted to movie theaters worldwide through the Met’s Live in HD series, they have been missing on DVD.

That is now changing, thanks to a deal struck between the Met, Orange Mountain Music and Dunvagen, Glass’s publishing company. Late in April, the Met released, for the first time, its 2011 “Satyagraha” staging, directed by Phelim McDermott, designed by Julian Crouch, first seen in New York in 2008 and quickly assessed to be one of the Met’s triumphs of the past 25 years. 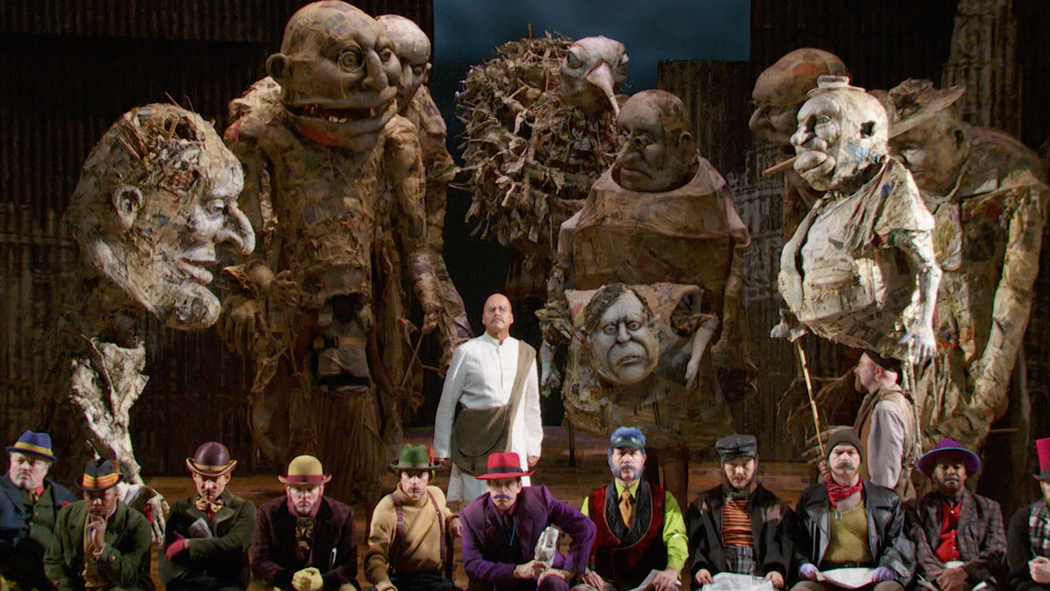 “Satyagraha” is available on DVD and is also downloadable on Apple TV. The audio is available on CD, as well as through streaming services and digital-purchase storefronts. The Met and Dunvagen confirmed in emails that the deal also includes the release of “Akhnaten” across a similar range of formats next month.

“Satyagraha,” which premiered in 1980 and was the middle child of Glass’s portrait trilogy, is where the composer began to write for more traditional operatic orchestral forces, and for unamplified voices. He left behind the fully non-narrative approach of “Einstein on the Beach” (1976), while maintaining that work’s stylized pageantry.

The scenes of “Satyagraha” depict recognizable events in Gandhi’s life, but instead of a biopic-style libretto, the Sanskrit text is made up of selections from the Bhagavad Gita, which Glass said he imagined Gandhi pondering during his time in South Africa. In the first scene, for example, the text’s discourse on the morality of conflict is reflected, dreamscape-like, in the opera’s action, as Gandhi confronts his fears regarding direct political action. The use of the Bhagavad Gita throughout keeps the opera enigmatic and poetic, endowing Gandhi’s evolution from lawyer to activist with epic grandeur.

The Met’s “Satyagraha” realizes the work in a way that Achim Freyer’s 1981 staging in Stuttgart, Germany — long out of print on DVD — never really did. (Among other things, Freyer’s punk couture designs were never quite right for this opera, and have aged poorly.)

In McDermott’s production for the Met, the images are dazzling throughout, with surreal, giant figures conjured out of newsprint in a gesture at Indian Opinion, the newspaper Gandhi founded. At the opera’s climax, the influence of Gandhi’s nonviolent protest on the work of the Rev. Dr. Martin Luther King Jr. is rendered explicit with slow-motion, hushed profundity.

Given the work’s stylization and the many repetitions of the text, the Sanskrit doesn’t need to be followed word by word to understand its implications. McDermott’s production selectively projected English translations onto the set, and the new DVD captures those projections well enough to do without full subtitling.

Until now, the only available audio release of “Satyagraha” was a CBS Masterworks recording from 1985, which features synthesizers very prominently in the mix alongside the New York City Opera’s orchestra and chorus.

That energetic recording and others from Glass’s CBS years did a lot to popularize his music. But is the nervy, aggressive, computer-age precision of the synthesizer on the CBS recording the best way to evoke Gandhi’s gradual organization of mass protests at the end of the second act? If you’re playing the music as background, perhaps it doesn’t matter. But if you’re tuned into the drama, the autopilot momentum of synths seems out of place in a story about such concerted effort and up-and-down struggle. The conductor Dante Anzolini, along with the Met’s orchestra and chorus and the tenor Richard Croft as Gandhi, create a more affecting groundswell (including a subtler use of synthesizer) over the same minutes.

Through his career, Glass has emphasized adaptation — and the validity of multiple perspectives on his catalog. Creating a one-and-only approach has rarely been the goal. In his 2015 memoir, “Words Without Music,” he wrote, “This is what I know about new operas: The only safeguard for the composer is to have several productions.”

But Glass’s fame, and the quality of both “Satyagraha” and “Akhnaten,” have allowed them to be explored again and again over the past four decades. This means that there will, inevitably, be interpretations that are stronger than others. This newly released “Satyagraha” is not just one of the best Met productions of the 21st century. It also immediately takes its place among the essential releases in the storied career of an instantly recognizable voice in contemporary music.