A baffled Nasty Gal customer was left with a giant frock 'fit for Hagrid' when a maxi dress she bought online to look like a glam fortune teller was so enormous it hilariously swamped her petite size 12 frame.

Demileigh Moore decided to buy the oversized maxi dress in a size 12 last month to wear to a costume party but was stunned when she tried it on and realised just how enormous it was.

Hilarious snaps show the nail and lash technician wearing the £12 cotton gown with the neckline skimming her belly button and the sleeves drooping over her fingertips. 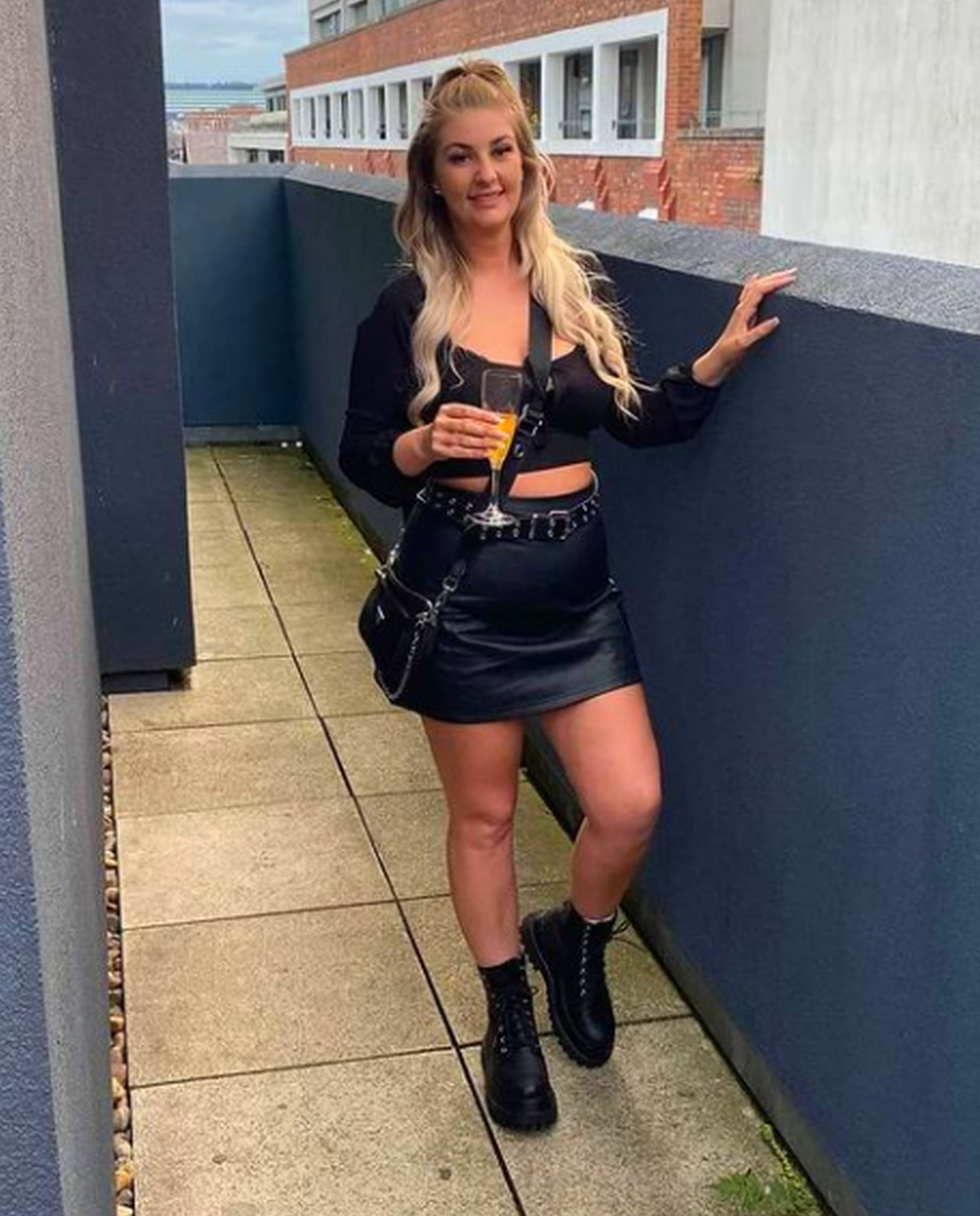 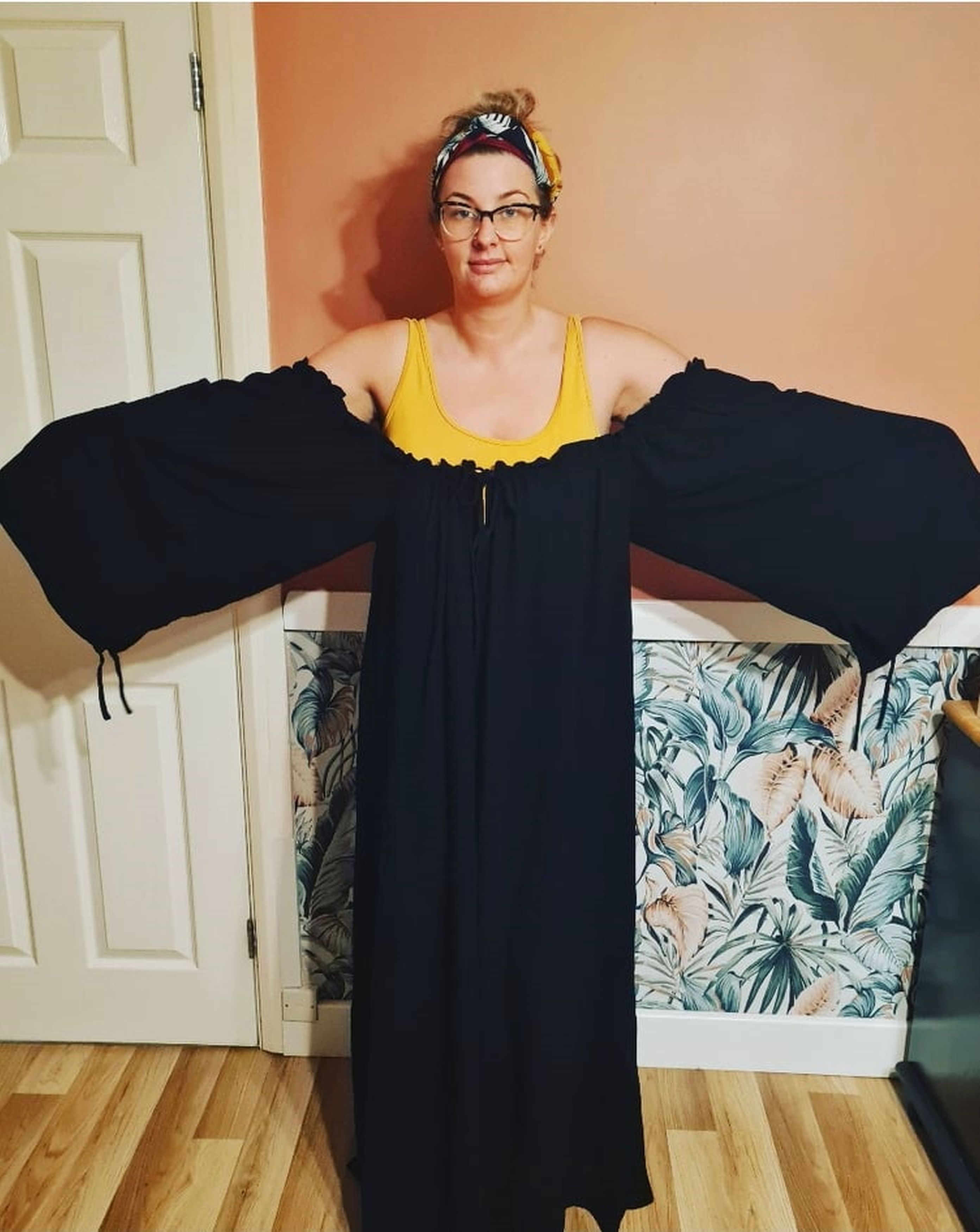 The 27-year-old modelled the dress in front of a client at her at-home salon and the pair cried with laughter over the dress, which Demileigh believes is at least six dress sizes too big and is a size 24.

Disappointed Demileigh has vowed to be more cautious when ordering oversized clothes in future as social media users quipped it could only be a size 12 for JK Rowling's loveable giant Hagrid.

Demileigh, from Shirebrook, Derbyshire, said: "I couldn't stop laughing – it's just so funny.

"I opened it as I work in a cabin in my garden as a lash technician.

"I was just laughing so much because of how big it was. 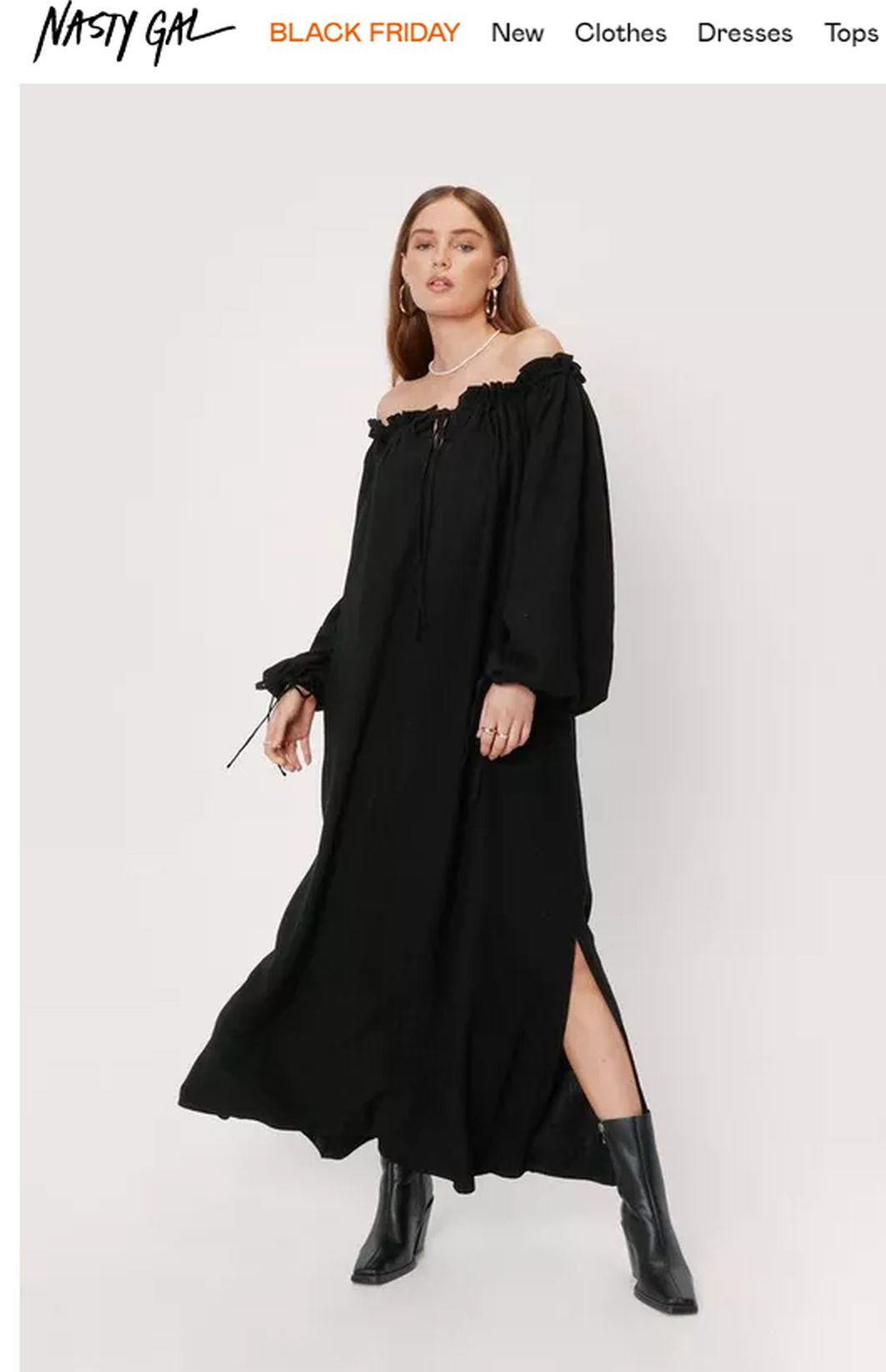 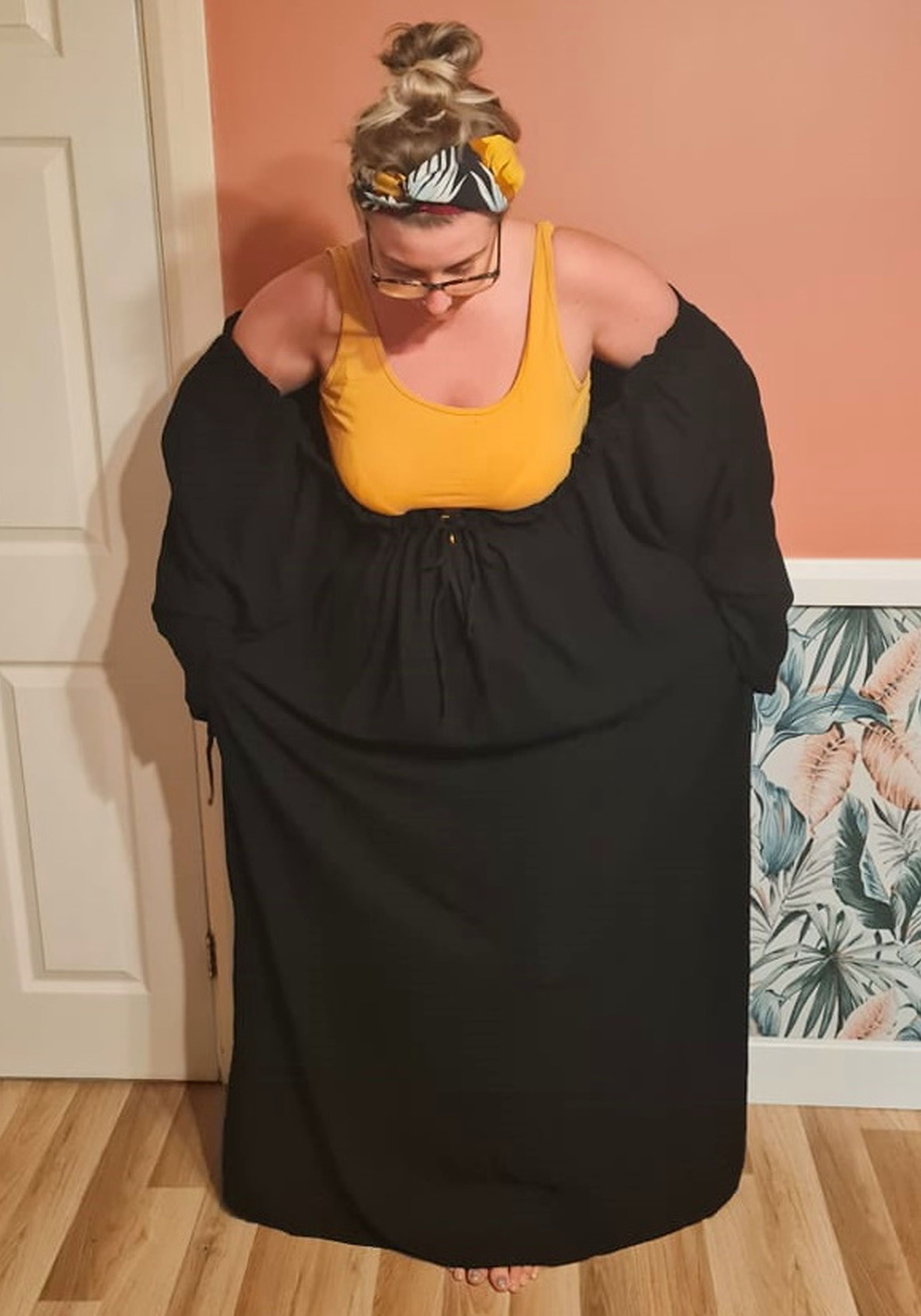 "I think the girl whose eyelashes I was doing thought I was over exaggerating but when she opened her eyes, she took a picture and I put it on Facebook. Everyone else thought it was hilarious too."

Demileigh had planned to dress up as a fortune teller and thought the flowing frock would give off the air of mystery she was hoping for – but instead was met with a horrifying outfit fail.

Demileigh said: "We couldn't stop laughing as we couldn't believe how big it was. I didn't wear it in the end.

"I don't know how they get it so wrong. I don't think they go up to that size anyway.

"Because it's oversized, I don't know if that was meant to be that size.It did say size 12 inside it.

"It's off shoulder and it has a drawstring. People had said they've ordered oversized things before and just pull the drawstrings really tight, but honestly the sleeves were huge and even if I'd pulled it really tight it'd still have fallen down.

"I'll send it back for a refund and I'll be careful with what I order next time."

Diane Scott said: "Oh dear someone got there sizing wrong."

Kylie Looms said: "Honestly me and you could have gone camping for a week in that."

A Nasty Gal spokesperson said: "At Nasty Gal we take product quality very seriously and it is our priority to ensure that our customers are always entirely happy with our garments.

"In this instance, we acknowledged that Demileigh had obviously been sent a missized item and we issued her with a refund."

In even more bonkers fashion news, this bizarre ASOS product description for its own-brand bralet has left shoppers scratching their heads.

And Fashion Nova is selling a very revealing "mermaid" dress which people are calling their future wedding gown…. but would YOU wear it down the aisle?

Plus these ASOS tights have been ridiculed for making the wearer look like " a tuna".