MUMS have slammed Morrisons as "disgusting" for selling denim miniskirts for babies.

The supermarket has come under fire from parents who spotted the skimpy garments while out shopping. 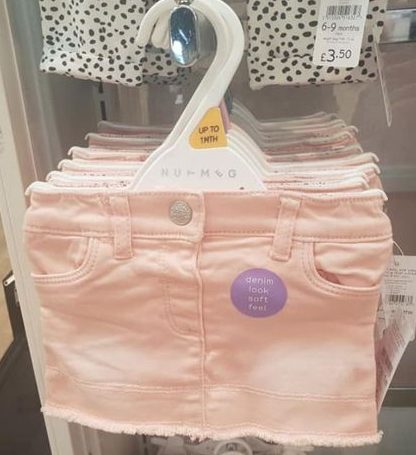 Mum Michelle Potts saw the clothes while in the store’s Denton branch.

Sharing photos of the skirts she'd seen for sale Facebook, she wrote: “Can't believe I saw these in Morrisons…

“Who on earth would put a newborn baby in a denim mini skirt."

The skirts, which cost £6, are sold by the supermarket’s clothing arm, Nutmeg. 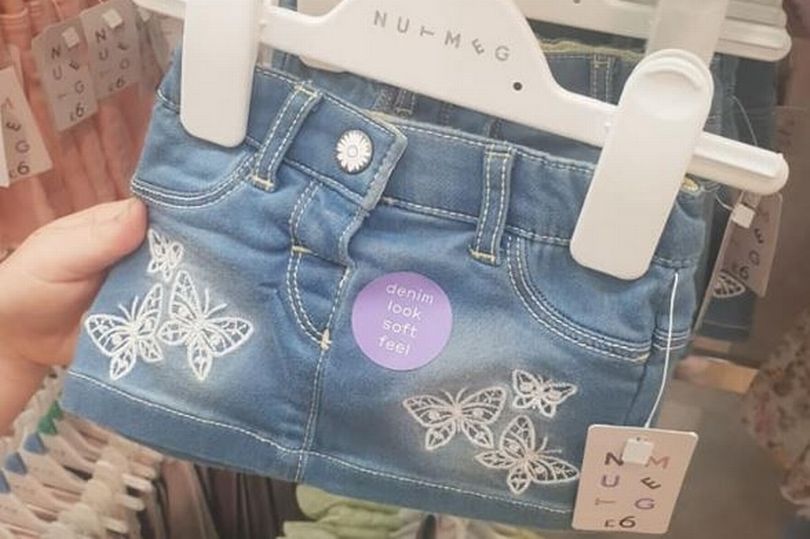 They come in pale pink and blue denim with a butterfly design, and are described as ‘denim look soft feel’.

While shopping for the perfect wardrobe for your child is one of the joys of being a parent, some mums have claimed Morrisons' outfits have gone too far.

Speaking to the Manchester Evening News, Michelle said they seemed inappropriate for such young children.

She said: “I feel a newborn baby should wear comfortable clothing and things less restricting especially on little tummies.

"A baby isn't a doll to dress up like a teenager. I just can't understand the newborn size."

Other parents also expressed their horror, with mum-of-two Natalie Smith, from Denton, saying: "I just think they're a bit too much for newborn babies, maybe a little girl whose walking with a pair of tights on, but babies aren't babies for long.

"I love Morrisons clothes in general and have some beautiful clothes, I'm guessing it's not just Morrisons that are selling them, each to their own but personally I Just prefer my baby to look a baby."

She said: “I'm disgusted with them. I wouldn't put any child in them, they are far too short, even with tights they are too short and I think they are too uncomfortable for a baby.

"Denim skirts are not comfortable anyway for an adult so I can see the same thing with these, I can't even believe they are being sold."

But not everyone was against the skirts, with one person commenting: "I don’t get the difference between this and a dress though really?"

And someone else said: “My daughter wore denim skirts from tiny baby, she wore a long sleeve vest, tights and a t-shirt with it and she looked so cute.”

A spokesman for Morrisons said: “Our skirts can be paired with a number of other items we sell including tights and leggings.”