FANS of a bacon sandwich will know that after frying or even grilling the meat, there’s a lot of fat which gets left behind.

After cleaning up pans for years, one mum has shared her simple hack for getting rid of hot grease without pouring any down the drain. 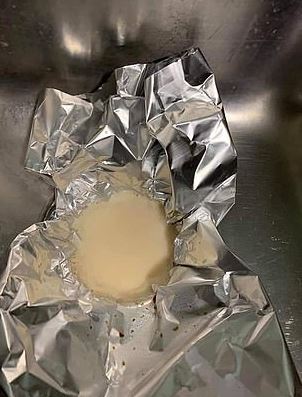 After she’s finished cooking, she lays out a sheet of tin foil at the bottom of her sink, and makes a well where the plug is.

She simply pours the liquid fat into the foil, and once it’s hardened she can wrap it up and chuck it straight in the bin.

The mum shared her nifty hack to Facebook page Beyond the Hem Boutique, where it’s racked up more than 32,000 likes.

She said: “I was today years old when I learned this. 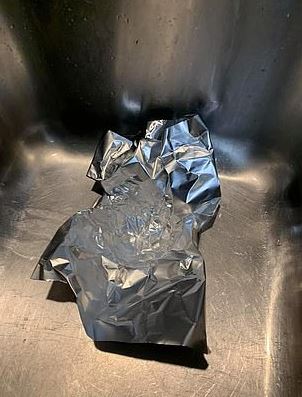 "Need to pour out hot grease? Fold a sheet of foil and form it to your sink drain. Pour in the hot grease and let it completely cool.

"Then simply pull it up and throw away!"

She shared snaps of her DIY grease trap, and captioned the image 'hacks we need to know'.

Her tip has gone down a storm online, as people praised her idea while sharing a few of their own.

One person said: “Wish I [had] seen this last night, I've just blocked my drain.”

Another wrote: “I definitely will be doing this from now on, thanks."

A third added: “I pour it into a saucepan, put it in the fridge then scoop the fat off for great roast potatoes and liquid for gravy that night.”

And someone else shared their method, writing: “For oil, I wipe with a paper towel and bin it. I rarely add oil to anything and roasts, steaks etc make their own fat so that's what I save in the fridge. A little bit also for the pan for making pancakes, the best!”

A lot of food can leave behind pools of oil and grease which can block your pipes if you’re not careful, and Thames Water warned Brits that fat should never go down the drain.

They said: “Cooking fat and oils will eventually turn solid and build up in your pipes so instead of pouring fats and oils down the sink, collect them in a container like a jam jar and leave them to cool down.

“Once set, scoop them out and pop them straight in the bin.”

Meanwhile this woman who tried everything to clean her burnt non-stick pan gets it sparkling again in two simple steps.

Plus this mum was fuming after daughter gets her new suede trainers covered in mud – but salvages them instantly with £1 spray.

And this mum gets lunchbox shamed after showing off her Mickey Mouse sandwich – as people reckon a toddler could do better.