Hosting guests at Buckingham Palace is no ordinary affair. On Tuesday, King Charles III hosted his first state banquet in South African President Cyril Ramaphosa’s honour – and royal staff would have been preparing for the occasion for months prior.

From the lavish decor adorned with seasonal flowers to the meticulously placed tableware from King George IV’s 4,000-piece Grand Service (which takes a team of eight three weeks to unpack and repack), state banquets truly are a magnificent display of regality. But did you know each guest is presented with six different glasses? We wouldn’t know where to start…

There’s no such thing as thirst at a state banquet. It is customary that each guest’s table setting includes room for six crystal glasses.

One for water, another for red wine, white wine, Champagne or sweet wine and port, as well as a glass for Champagne reserved for toasting. 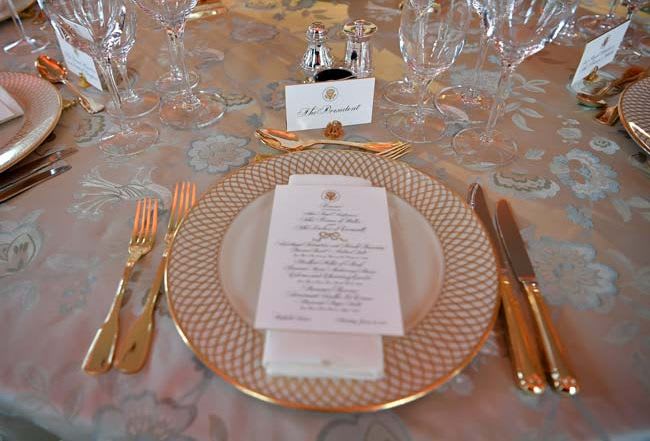 Royal guests are presented with six glasses to drink from

The late Queen Elizabeth’s wine cellar, now the property of her eldest son Charles, is situated beneath the state rooms in one of the oldest parts of the palace.

It holds a staggering 25,000 bottles, some of which are on display. In case you missed it, the royal family’s official Instagram account shared an incredibly rare behind-the-scenes video ahead of King Charles’ hosting debut on Tuesday, giving a look at the exquisite table settings and glassware.

RELATED: The strict process behind creating a menu for King Charles – royal exclusive

“As the final touches are made, The King and The Queen Consort inspect the table ahead of the State Banquet,” the post was captioned.

Looking after the royal family’s guests is no easy task for palace staff. According to silver service etiquette, water and wine glasses should remain on the table throughout the entire meal, as guests will have their own preferences for the beverages they drink. 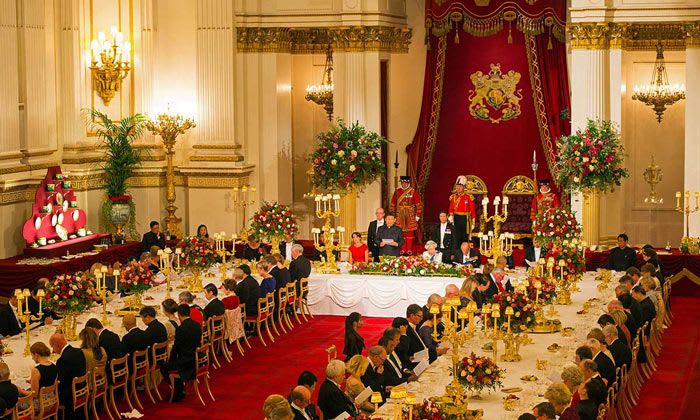 The waiting staff are also required to change the wine glass when a guest asks for a new type of wine. Phew! That’s a lot to remember.