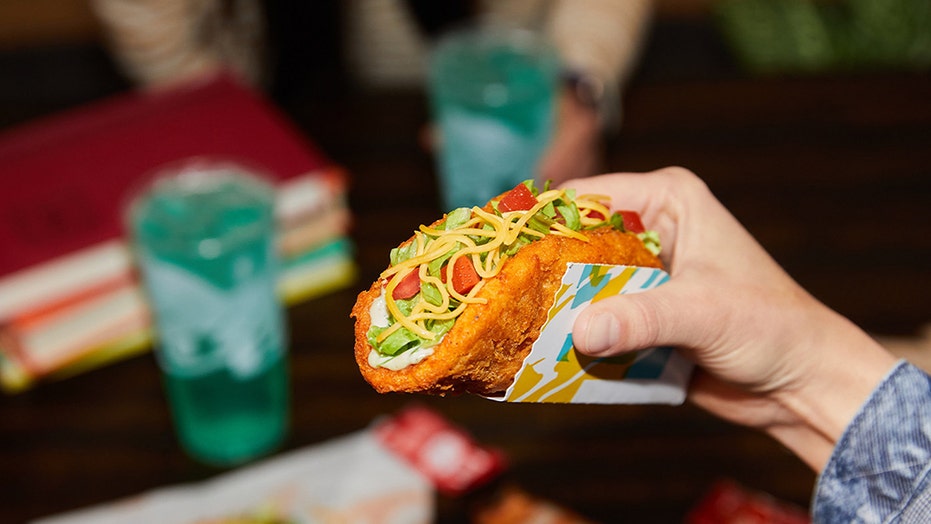 Taco Bell is joining the so-called chicken sandwich wars, but with a twist.

The fast food chain announced on Tuesday that it will be bringing back its Naked Chicken Chalupa — a chalupa made with a fried chicken shell — nationwide starting Thursday. However, the item will only be available for a limited time.

In its announcement, Taco Bell said it is re-releasing the Naked Chicken Chalupa as a way to give customers “a different way to enjoy chicken” amidst the “chicken sandwich sameness.”

The Naked Chicken Chalupa is made with all-white meat chicken, “marinated in bold Mexican spices, rolled in a crunchy coating and crisped to perfection,” the announcement said. The chalupa is then filled with lettuce, cheddar cheese, diced tomatoes and avocado ranch sauce. 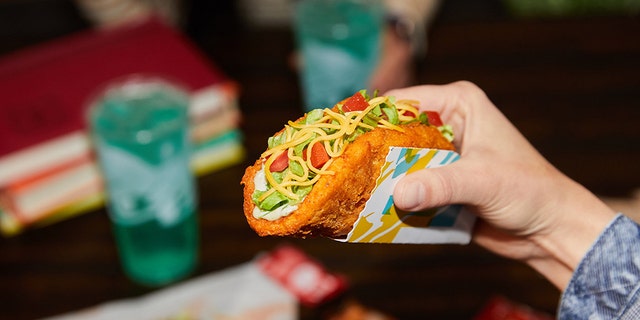 The Naked Chicken Chalupa was first introduced by Taco Bell in 2017 and is returning to menus on Thursday as the fast food chain’s entrance to the "chicken sandwich wars."
(Taco Bell)

The new menu item is expected to cost $3.49 on its own, or $5.99 in a Crispy Chalupa Box — which also includes a beef burrito, a crunchy taco and a medium fountain drink, Taco Bell’s announcement said. However, prices could vary depending on location.

“When you look at the industry, you see the same sandwich being introduced as new everywhere, but at Taco Bell, being a follower isn’t our philosophy,” Liz Matthews, Taco Bell’s chief food innovation officer said in a statement. “We’ve listened to our fans and we’re confident this is the perfect time to bring back this fan-favorite.”

“The Naked Chicken Chalupa is just the beginning of Taco Bell’s chicken offerings this year with more unexpected menu items being introduced at a later time,” Matthew added.

The Naked Chicken Chalupa was first introduced by Taco Bell in 2017.