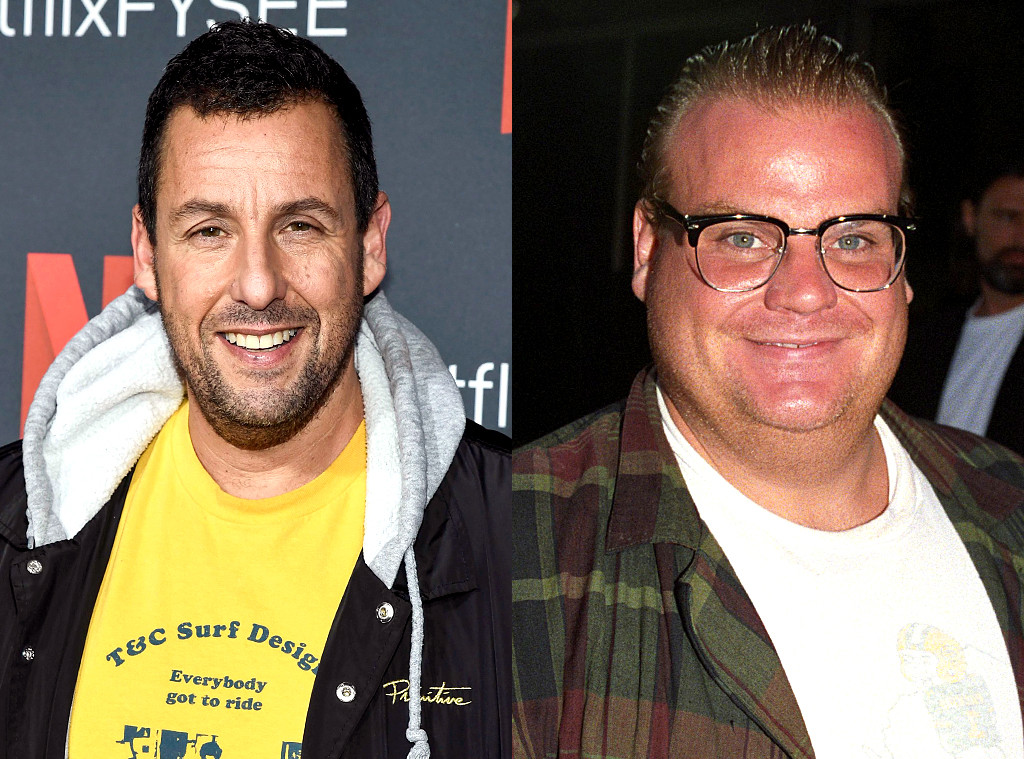 Adam Sandler said the mother of his late friend and SNL co-star Chris Farley gave her blessing for him to perform a special song to him on TV.

Earlier this month, the actor and comedian performed the track while hosting the NBC sketch comedy series, marking his first appearance on the show in two decades. There was hardly a dry eye in the house. Sandler had previously performed the song in his standup shows across the country and debuted it on TV on his Netflix comedy special 100% Fresh, which was released in October.

Sandler said on Wednesday at an FYC Event for the special in New York that he called Farley’s mother, Mary Anne Farley, to get her approval to include the track in 100% Fresh.

“Mrs. Farley was really happy and said, ‘I love that. I love when anybody talks about Chris, but you really knew him, and that would be very special for my family,'” Sandler said, according to IndieWire. “So I had that in my head when we were recording. I had some weird pressure in my head. I just wanted to make sure I did it right and did him justice.”

Farley, one of the most popular Saturday Night Live performers of all time, died of a drug overdose at age 33 in 1997. He and Sandler starred on the show together for years in the ’90s. During Sandler’s performance of his tribute song to him on SNL, photos and clips of his late friend’s skits were screened.

“Certain parts catch me off guard, singing it,” Sandler said at the FYC Event. “I did it in his hometown, too, in Milwaukee, so a lot of people knew him growing up were there, so that was emotional. Then when I sang it on Saturday Night Live, that was amazingly emotional because I just remember hanging out with him there so much, and how he kind of dominated my life there. I loved him so much, and every cameraman, everyone in the studio loved him so much, so when I sang it there, it was extra heartbreaking. I tried not to cry.”

“When I would sing that song, every place I would play would react the same way,” Sandler continued. “They would cheer every time I said the guy’s name. They would go so crazy for him. You just felt the impact of what Farley had on everybody; what he meant to everyone who grew up watching him and his movies. That song was very important to try to do as good as I could do.”