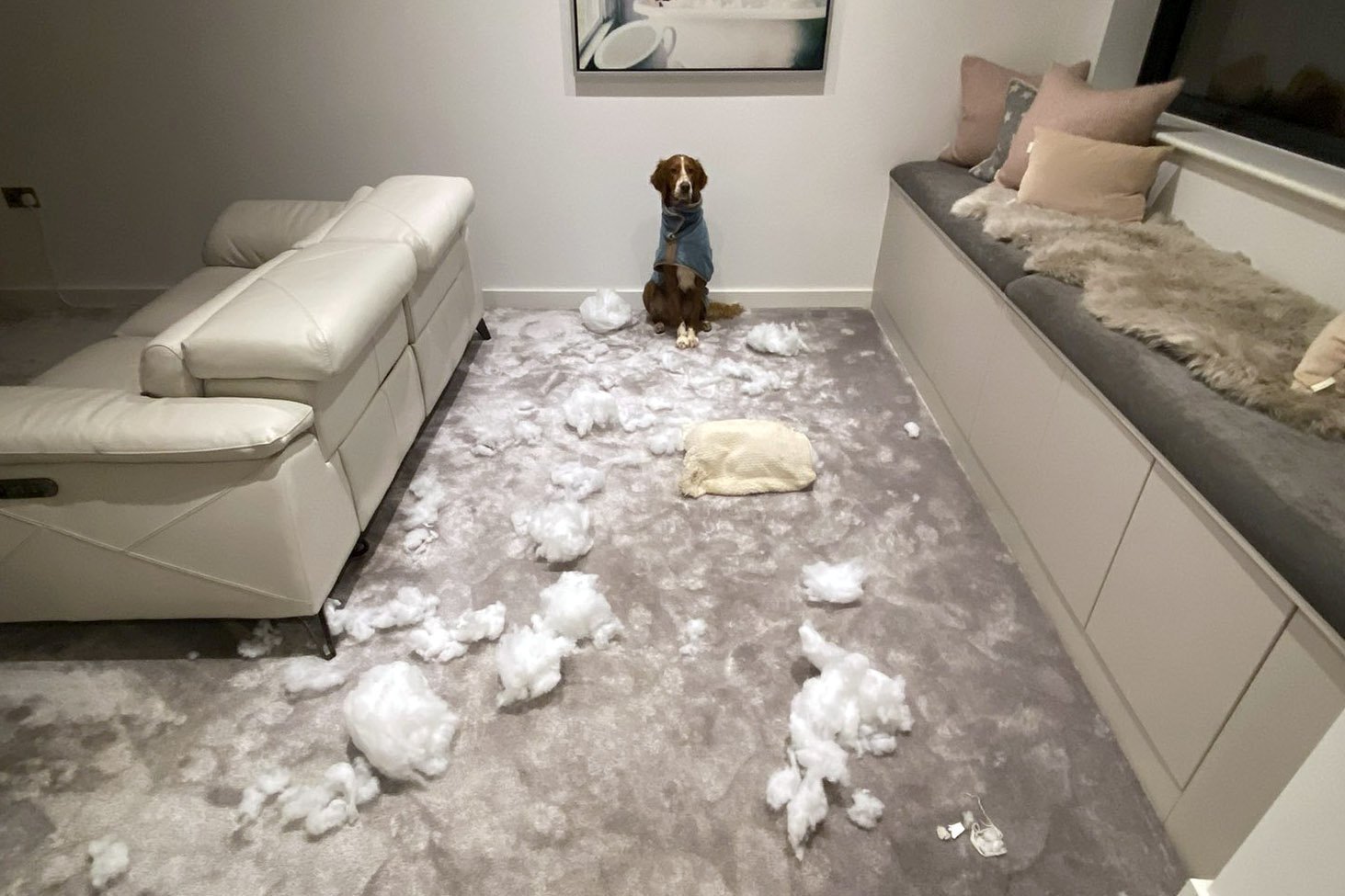 An ex-detective turned crime writer is always going to be pretty good at solving mysteries.

But when David Videcette found his living room covered in cushion stuffing, he didn’t have to try too hard to fins the culprit – his very guilty looking dog.

The former Scotland Yard counter-terror detective finished a Zoom call when he stumbled upon the ‘crime scene’.

His sofa cushions had been savaged and the contents scattered all over David’s sitting room. A massacre.

But David had to laugh when he spotted the culprit – his nine-month-old dog Herbert surrounded by white fluff.

The crime writer from south London had accidentally left the pup in the lounge without any chew toys while he was on a 45-minute video call.

And the pet owner didn’t have to do much detective work to figure out if Herbert was in fact the guilty party – as the dog was sat right in the middle of the mess, looking very cute.

‘I was in a Zoom meeting and Herbert obviously got bored – despite having been out for a walk earlier – and destroyed one of the cushions from the window seat.

‘I don’t have any other pets so it has to have been him, though I’m not sure that would stand up in a court room.’

David was a lead detective on the intelligence development cell during the 7/7 London bombings investigation with the anti-terrorist branch.

But this bit of investigative work was a lot less serious.

Let’s hope David doesn’t throw the book at Herbert. We think he deserves a second chance.

Do you have a cute animal story to share? We want to hear from you.