Amazon reviews that are REALLY worth reading! Shoppers share their hilariously honest feedback – from leggings that survived a skid down a slope to eyeliner that stayed on during a tearful break-up

Customer reviews can be seriously helpful when it comes to deciding whether a product is worth buying online, but very few are as honest – or funny – as these.

Bored Panda rounded up some of the hilariously honest reviews shared on Amazon by shoppers from around the world, including a woman who gave a pair of leggings five stars after they didn’t rip when she tumbled down a slope.

Another satisfied customer revealed they were finally able to find their ‘stealth alpaca’ thanks to a glow-in-the-dark band.

Elsewhere, a woman shared a photograph of herself inside a box for her cats as she gushed about being impressed by its size.

Here, FEMAIL shares some of the best… 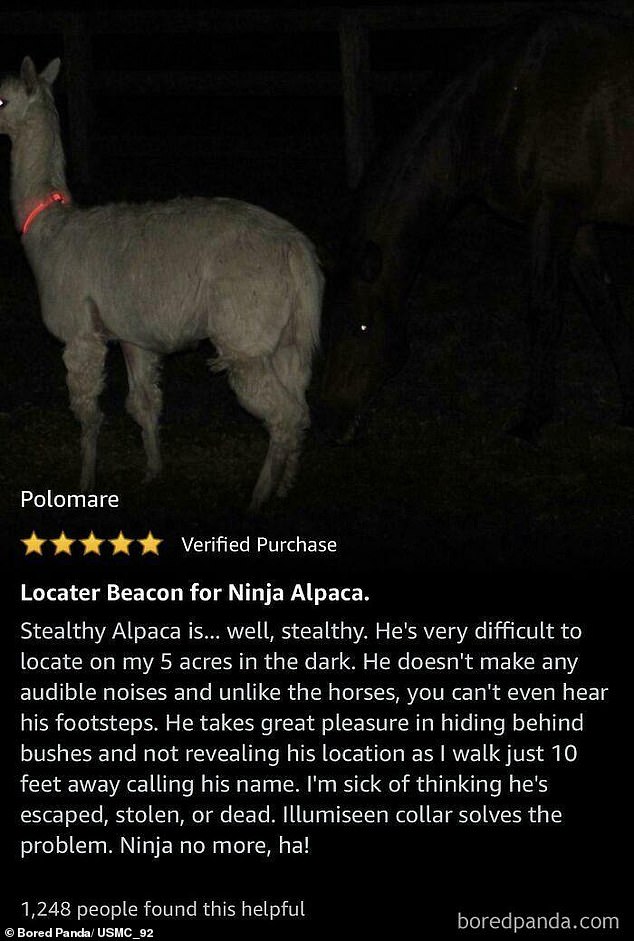 One person who lives in America, penned a very detailed post about being able to find their alpaca thanks to an illuminated collar 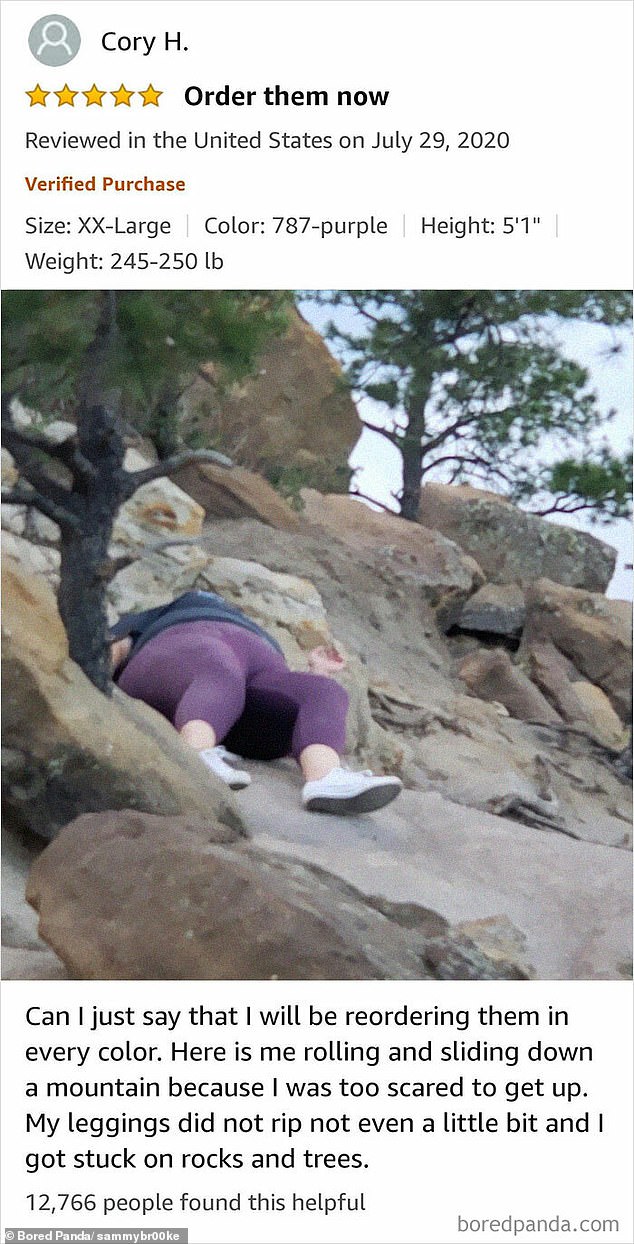 Another individual said they will be reordering their leggings in every colour, after successfully sliding down a mountain without ripping their current pair 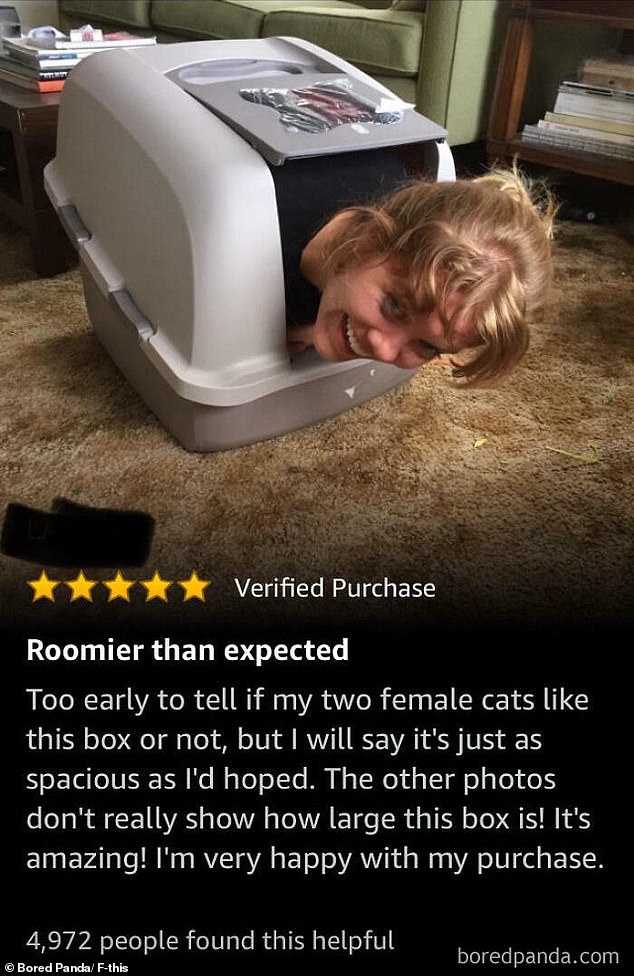 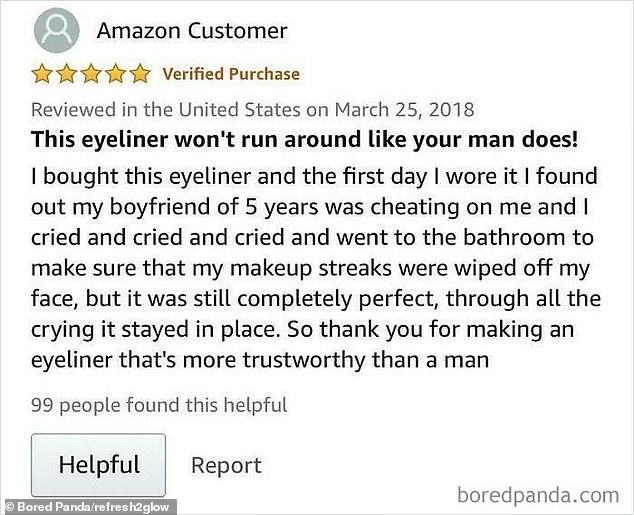 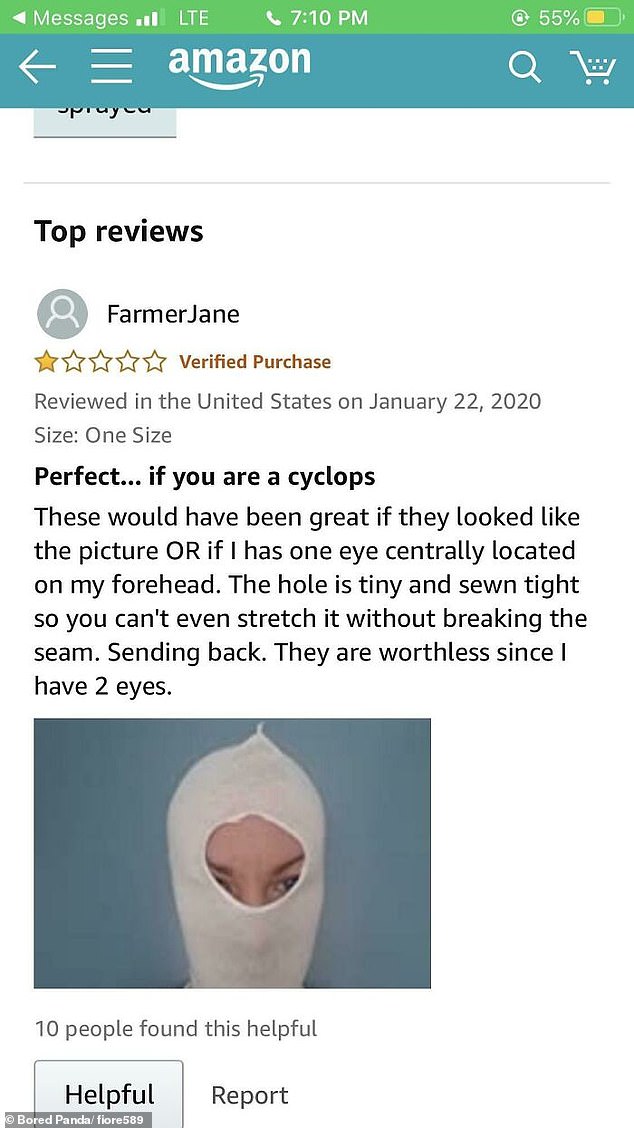 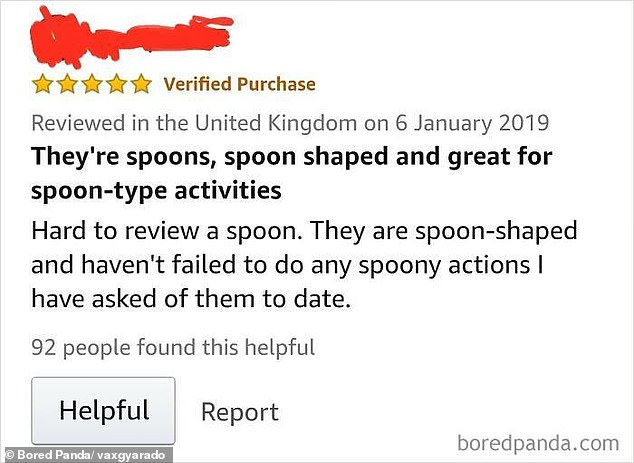 A reviewer who lives in the UK, gushed that a spoon they purchased hasn’t failed to do anything expected of it 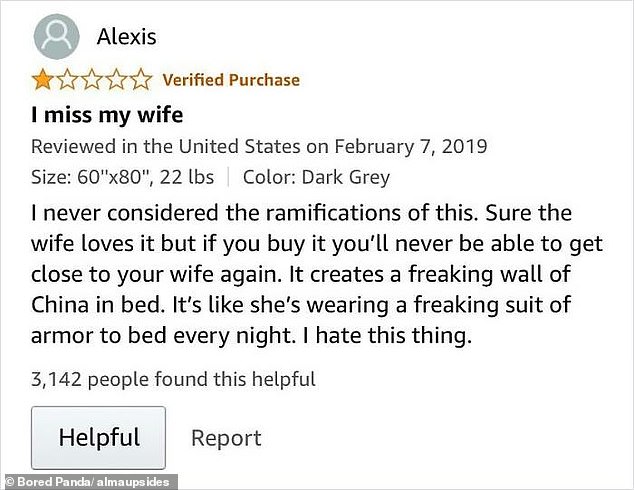 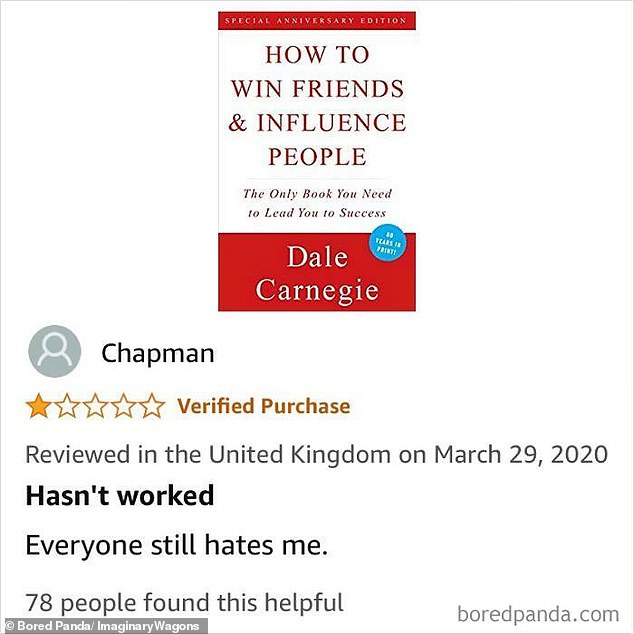 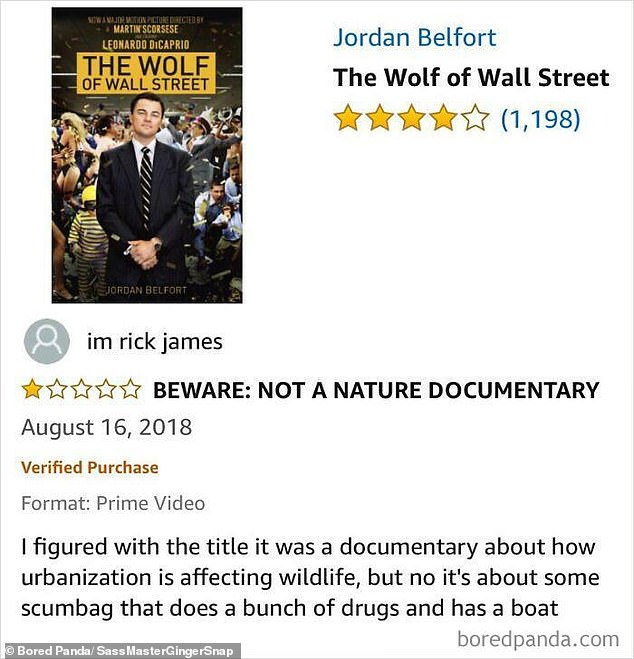 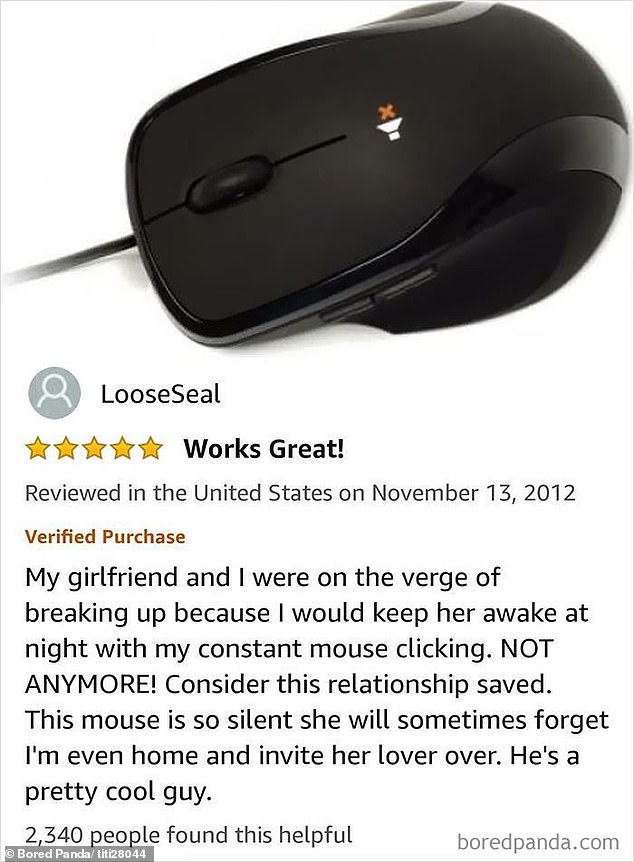 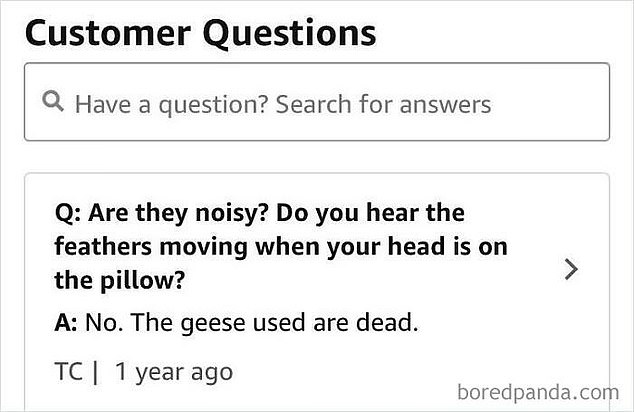 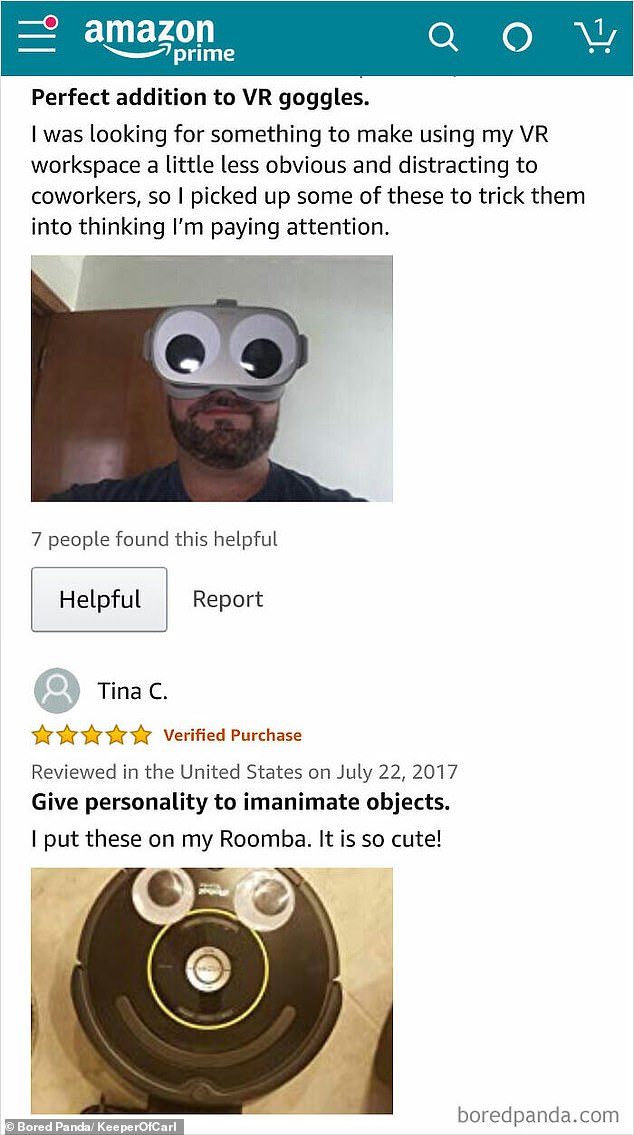 An anonymous man who wanted to use his VR headset without distracting co-workers, shared a photograph of the eyes he stuck on the device 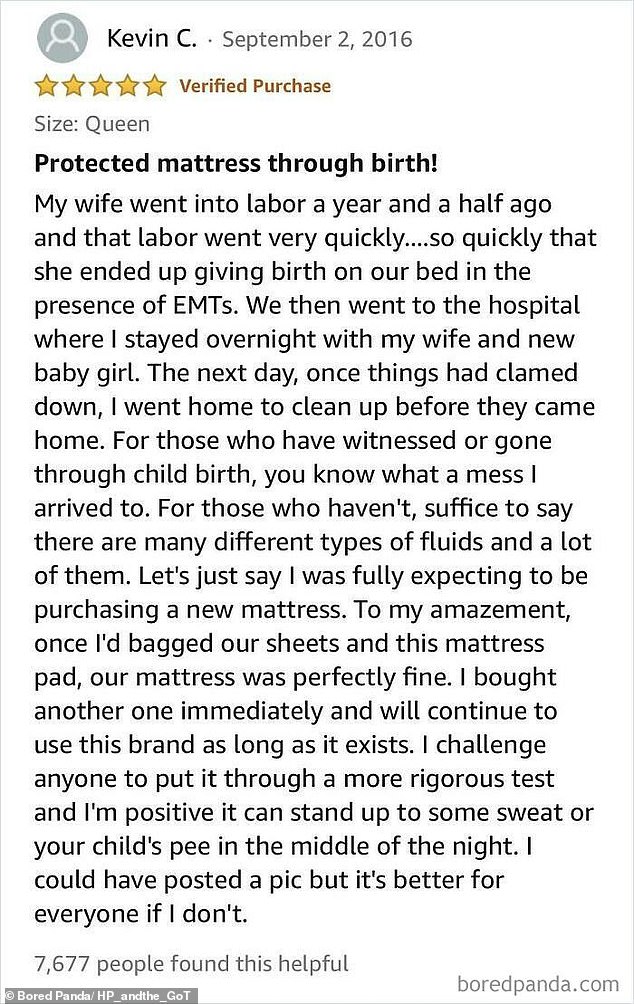 Another person challenged others to put their mattress pad through a more rigorous test than child birth, after being amazed by how easy it is to clean