The fast food chain, which is best known for its fried chicken, has conjured up four new desserts that sound mouth-wateringly good – and you can get them from today. 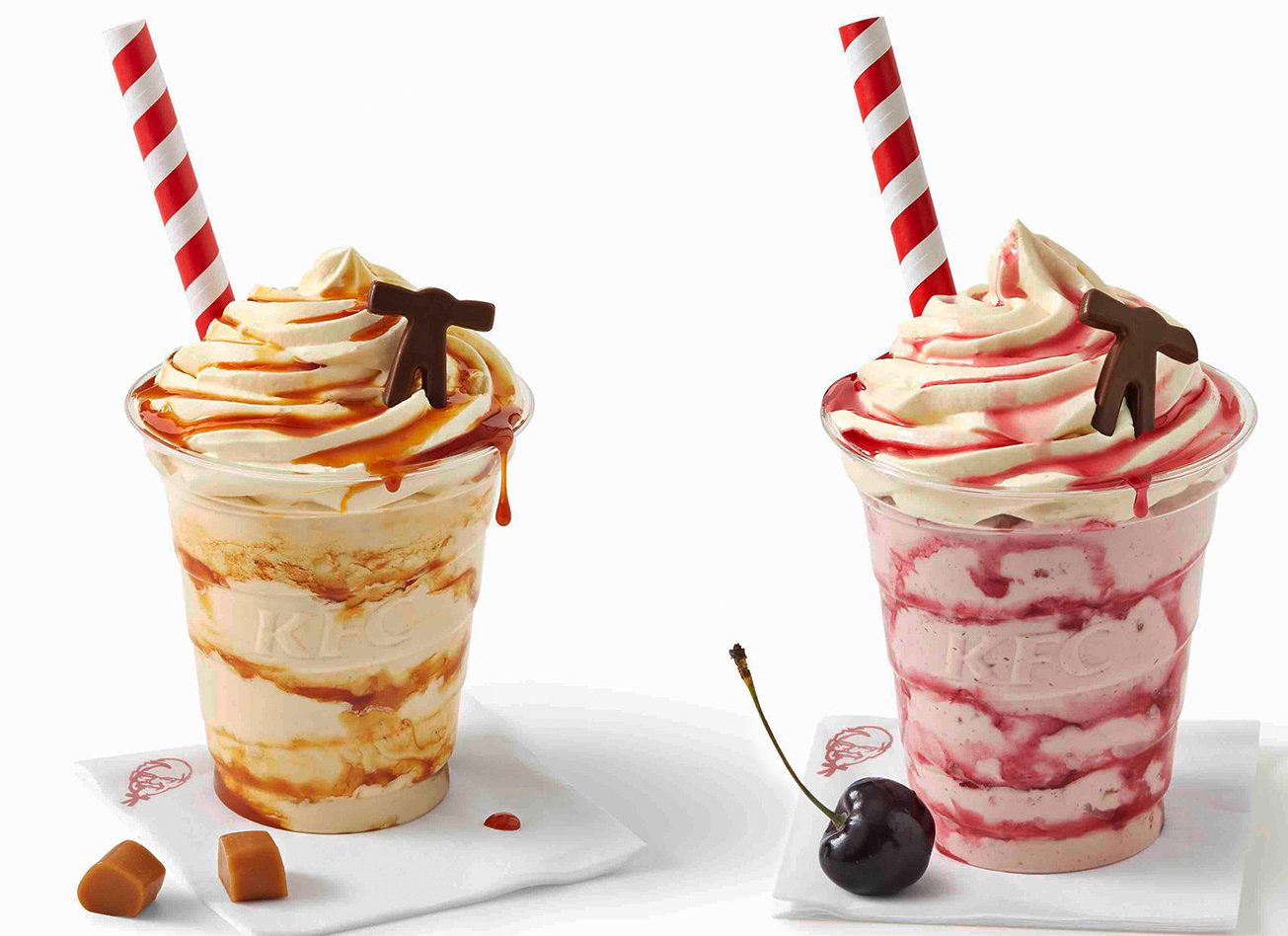 The "Sour Cherry Crumble" is complete with buttery crumbly pieces and a sour cherry drizzle, while the "Salted Caramel Waffle" boasts chewy waffle pieces and a sweet caramel sauce.

Both deserts are then topped with soft serve ice cream, more sauce and a cute chocolate bow for £2.79.

They cost 80p more than KFC's existing Krushem range, which are staying on the menu, but that's because you get the ice cream on top. 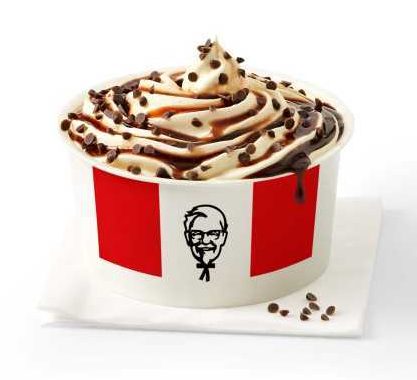 We don't know yet how much each Krushem weighs, but the salted caramel Krushem contains 375cal whereas the sour cherry Krushem has 360.

An adult man should eat around 2,500 calories a day while it's 2,000 for a woman, according to NHS guidelines.

The Colonel has also added a new £1.49 chocolate sundae and a berry sundae to the KFC menu as well as mini versions of the treat for 99p.

These join KFC's existing strawberry sundae and toffee sundae, which are also £1.49 or 99p for a mini.

The large sundaes are served in a portion size of 170g and contain 230 calories, whereas the mini sundaes weigh 95g and contain 150 calories.

But it does still sell its McDonalds McFlurry ice creams with a "regular" flavour setting you back 89p per 150g portion and taking up 355 calories, or 59p for a small.

The burger giant also sells an Oreo Shake similar to a Krushem, which has a whopping 570 calories per £2.49 shake – 30p cheaper than KFC's new soft serve Krushems.

Last month McDonald’s signalled the start of summer by bringing back its Cadbury Flake McFlurries with raspberry sauce.

While in November we revealed KFC’s MilkyBar Krushems were among the worst sugar containing shakes sold in stores with a whopping 12tsp per serving.

The fast food chain has also brought back its “fill up lunch” £1.99 burger, wings and fries deal until August 11.