Fashion faux pas! There’s no denying that Ashley Tisdale was the ultimate style icon in the early aughts. While her layered looks found themselves on inspo boards everywhere at the time, the 36-year-old star has some regrets about her outfits from the past.

The High School Musical alum took to TikTok on Sunday, December 19, to roast what’s quite possibly her most memorable look to date: her outfit from the 2005 premiere of Ice Princess. From the jeans-under-her-skirt situation and extra-long piano clutch to to her double layered t-shirt, it’s clear that the Disney star set out to pack all the timely trends into one outfit. 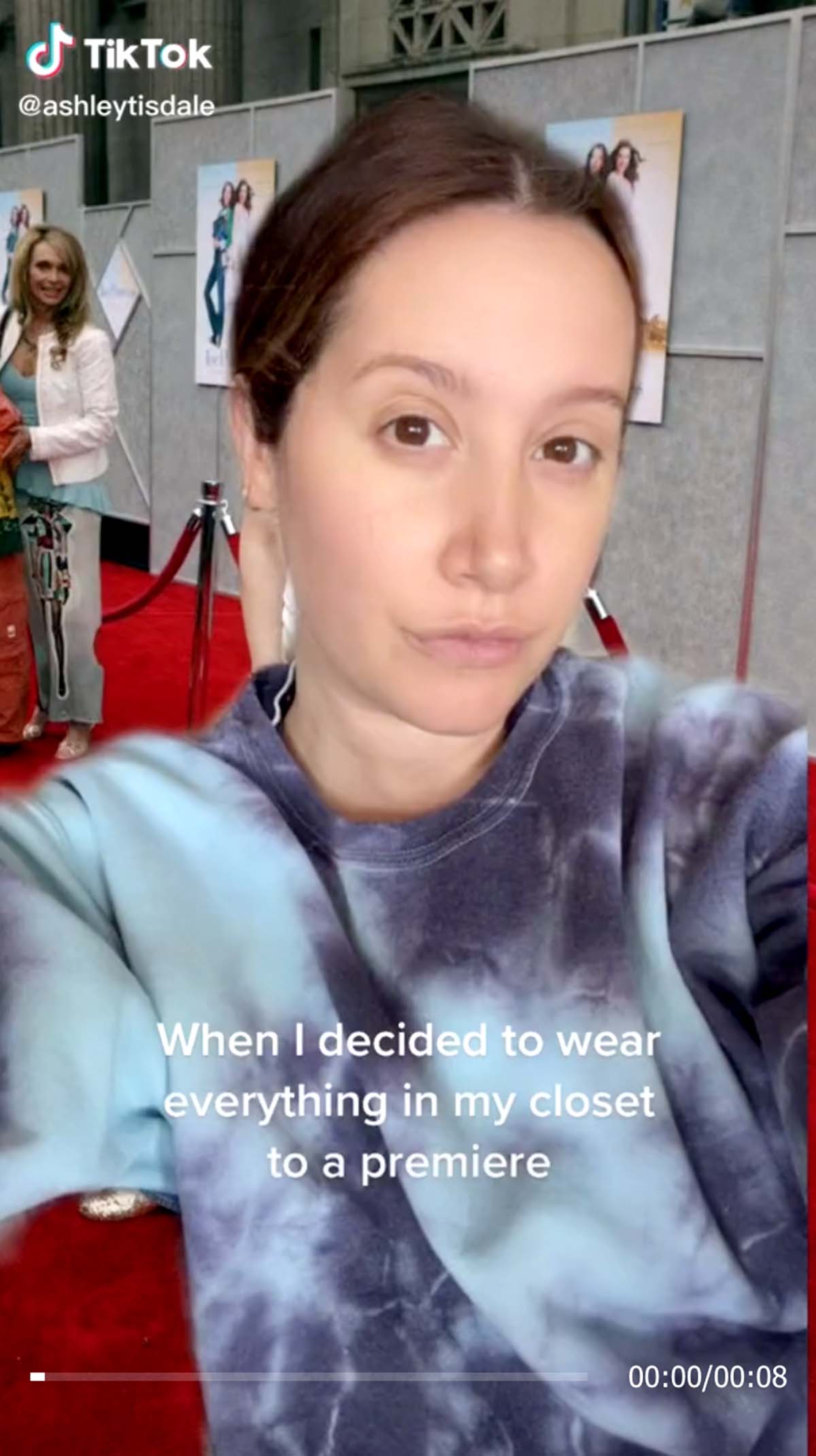 Looking back, she can laugh at it. “When I decided to wear everything in my closet to a premiere,” Tisdale captioned a video which flashed a red carpet photo from the premiere.

She also mouthed along to a viral TikTok sound of Tyra Banks from America’s Next Top Model. “It is so bad, I want to give you a zero, but that’s not possible. So, I give you a one,” she uttered.

The Cast of ‘High School Musical’: Where Are They Now?

While Tisdale may not be a fan of her fashion at the time, her TikTok followers wasted no time defending the look. “Oh no baby this was 100/10,” a user wrote, while another said, “This outfit was actually a cultural reset.” Someone else added: “Except this is literal inspo in 2021 so ur winning.”

The latter comment isn’t totally out of left field. In fact, earlier this year many people started comparing Harry Styles’ Grammy outfit to Tisdale’s outfit from the 2004 premiere of Princess Diaries 2: Royal Engagement.

The whole matchy-matchy moment sparked a handful of viral memes comparing the pair’s obsession with boas. “Ashley Tisdale walked so Harry Styles could run,” one person captioned a side-by-side image of the two stars. Another said, “Two icons. Same Vibes.”

The Frenshe founder caught wind of the comparisons and even got in on the action. She retweeted one of the memes with the caption: “Haha.”

These days, the actress has ditched her feathery accessories and layered tanks in favor of neutral hues and cozy sets, regularly sharing style inspo on Instagram.

Last month, she even gave a shoutout to one of her favorite brands, Mannei. “I just love this jacket,” she captioned a photo in an oversized grey blazer. “That’s all.” Just like old times, fans quickly set out to recreate her look. “Yes I absolutely love your outfit,” a follower wrote, while another added, “This jacket is everything.”